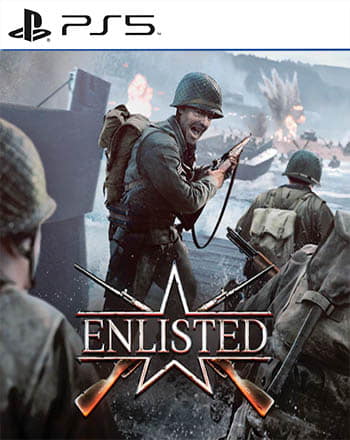 Enlisted is a squad-based first-person MMO shooter covering key battles from World War II. The game carefully recreates weapons, military vehicles and the atmosphere of that era, while demonstrating really massive clashes of numerous soldiers, tanks and aircraft with artillery and naval support.

At first, players will be able to fight in the “Battle for Moscow” campaign that recreates the heavy clashes between German and Soviet troops in the outskirts of the Russian capital during the winter of 1941-1942. The next campaign to arrive will be the “Normandy Invasion” covering D-Day landing and following battles. There are more campaigns already in development including the “Battle for Berlin” and others.

Enlisted is out now on PS5 and is free-to-play.