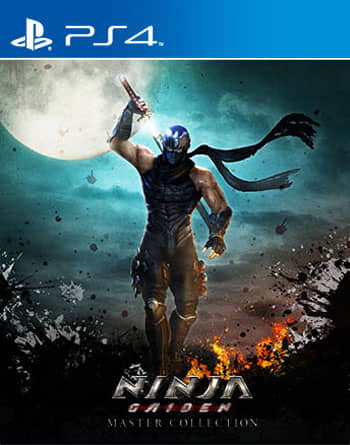 The Ninja Gaiden: Master Collection brings the renowned action games to PS4 and PS5 via backwards compatibility, allowing fans and newcomers alike to experience the tale of “super ninja” Ryu Hayabusa as he battles deadly fiends causing chaos around the world.

The nostalgic yet timeless action of the three games offers a highly responsive and challenging experience – with battles that require defensive and offensive moves similar to fighting games. Players can enjoy playing as the fan-favourite ninja, Ryu Hayabusa, alongside the additional characters such as Ayane, Rachel, Momiji and Kasumi as they appeared in the original version of the games. Master your favourite characters in intense action-packed battles like only the NINJA GAIDEN series can deliver.

Ninja Gaiden: Master Collection will release on 10th June 2021 for PS4 and PS5. There won’t be a specific PS5 version but it will be playable on PS5 via backwards compatibility.