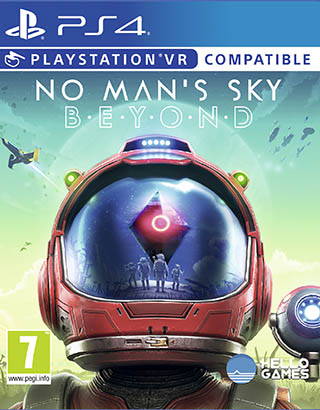 No Man’s Sky is an exploration survival game developed and published by Hello Games.

It was released for the PlayStation 4 in August 2016. The game is built around four pillars: exploration, survival, combat, and trading. Players are free to perform within the entirety of a procedurally generated deterministic open-world universe, which includes over 18 quintillion planets.

Through the game’s procedural generation system, planets have their own ecosystems with unique forms of flora and fauna, and various sentient alien species may engage the player in combat or trade within planetary systems.

Players advance in the game by mining for resources to power and improve their equipment, buying and selling resources using credits earned by documenting flora and fauna, and otherwise seeking out the mystery around the Atlas, an entity at the centre of the galaxy.

No Man’s Sky has seen several major updates since the game’s release. The most recent being the Beyond update, which significantly expanded the game. The Beyond update enhanced the game’s multiplayer experience and base building as well as introducing Virtual Reality support to the game.

A PS5 version of No Man’s Sky has recently been announced and will be out around the same time as the PS5.