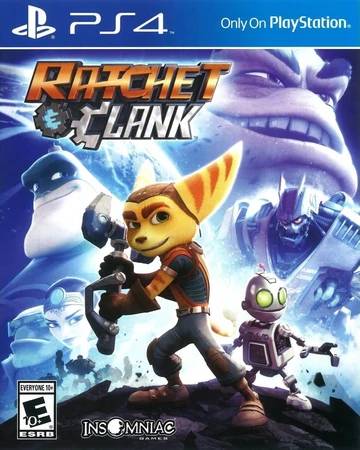 Ratchet and Clank is a platform video game developed by Insomniac Games and published by Sony Interactive Entertainment. It is a re-imagining of the first game in the series, as well as being based on the 2016 film of the same name.

Ratchet & Clank (PS4) is a new game based on elements from the original PS2 game, featuring more than an hour of new cinematics (including footage from the film) in vibrant 1080p, new locations, weapons, bosses and more. Join Ratchet, Clank, Captain Qwark and new friends as they embark on an intergalactic adventure, and experience the start of an epic friendship (again) on PlayStation 4.