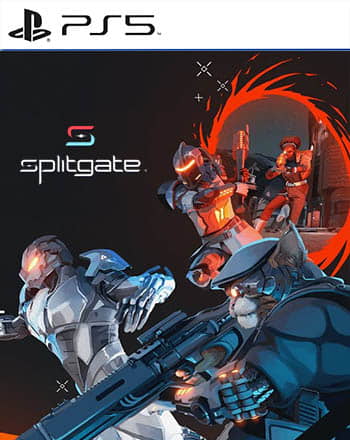 Splitgate is a free-to-play fast-paced multiplayer shooter that uses player-controlled portals to create a new dimension of arena combat.

Splitgate combines fast-paced multiplayer sci-fi shooter elements with player-controlled portals. It has been lauded by critics and fans alike for adding an entirely new dimension to the FPS genre. Splitgate has enjoyed a loyal and steadfast following of players, and with recently secured funding, the studio has substantially increased the production pipeline of in-game content, while adding several talented new team members to its roster of developers, and driving new players to the game via an aggressive new marketing campaign.

Along with grindable challenges, leaderboards, and over a dozen casual and competitive game modes, Splitgate launches with more than 20 maps, each with its own unique setting and play style. The maps include a research facility inside an active volcano, an underwater luxury hotel, an alien crash site, a futuristic treehouse, an abandoned mine, and much more. Each map has its own look and feel and plays differently, rewarding players for adapting their tactics in the fast-paced, portal-filled combat that only Splitgate offers.