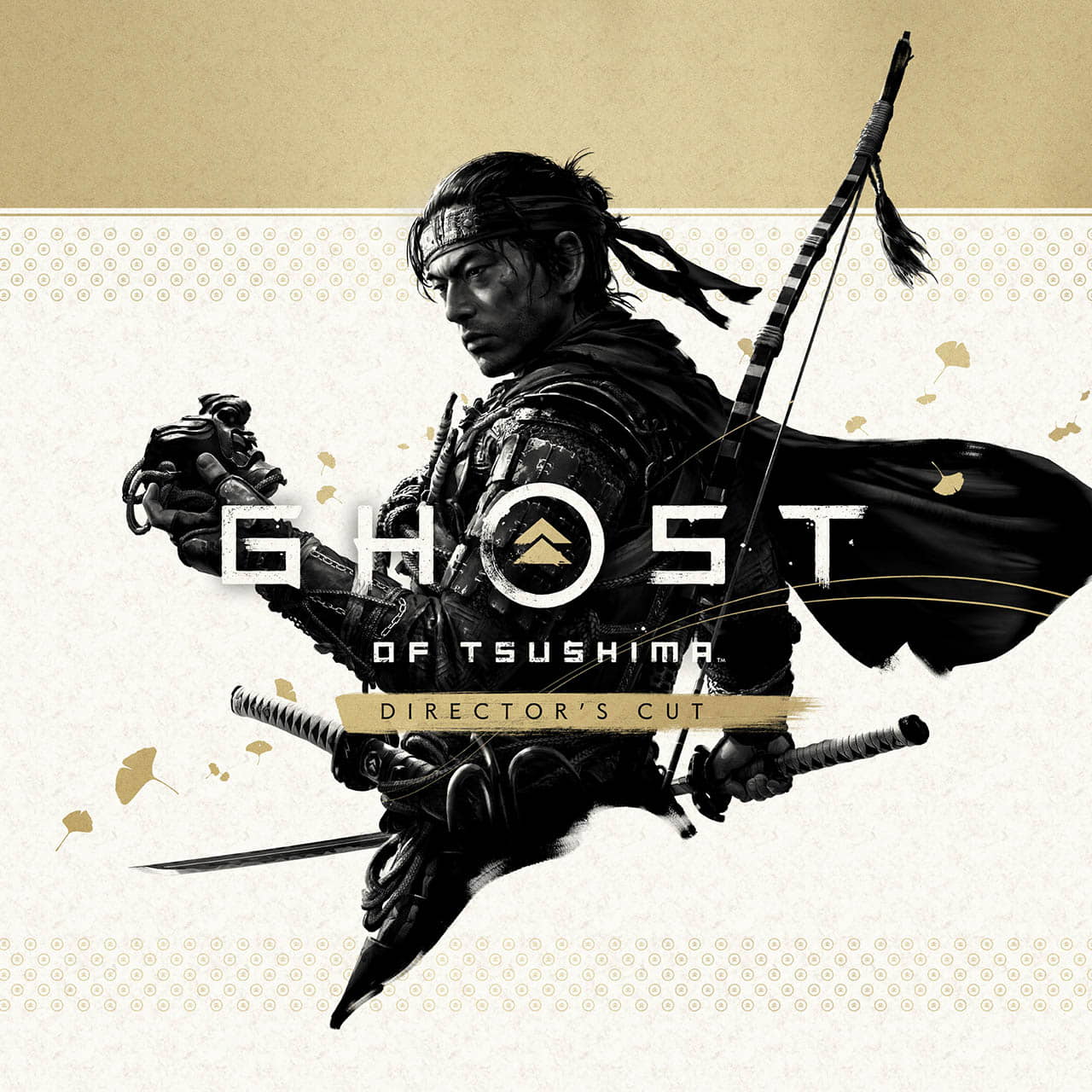 Ghost of Tsushima, Sucker Punch’s open-world Samurai epic from last year is getting a Director’s Cut. Ghost of Tsushima Directors Cut includes every piece of content sold to date as well as a brand new story expansion that sees Jin travel to Iki Island.

Announced over on the PlayStation Blog, Ghost of Tsushima Director’s Cut will also feature some PS5 exclusive features like a Japanese lip-sync mode and will take advantage of the DualSense controller’s haptic feedback and adaptive triggers.

The Director’s Cut of Ghost of Tsushima will include a brand new journey for Jin. Sounds like Jin will be travelling to Iki Island to fight more Mongol Invaders. Iki Island is situated southeast of the main Tsushima Island and was also invaded by Mongols during the same period that the game takes place. 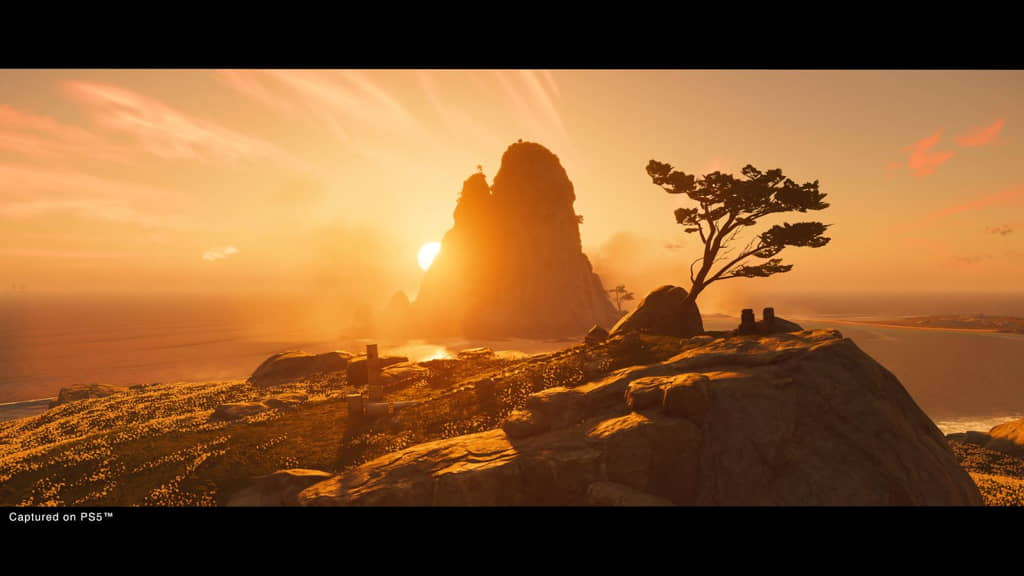 Sony or Sucker Punch hasn’t revealed any details about the Iki Island story yet but I am definitely all in for some new Ghost of Tsushima content. Iki Island, although smaller than Tsushima Island, sounds like it will have a fair bit of content.

The PlayStation Blog post mentions that there will be new environments to explore, new armour for Jin and his horse as well as new mini-games, new techniques, new enemy types and a whole lot more. There are even new animals to pet. Aww.

And of course, there will be new trophies to earn too.

Some love for Legends

With the release of Ghost of Tsushima Directors Cut, the game’s online co-op mode will also be getting some love. Ghost of Tsushima: Legends will be getting a brand new game mode that PlayStation and Sucker Punch will detail in the weeks leading up to launch.

If you haven’t tried Ghost of Tsushima: Legends yet, it’s actually a pretty great online mode. Four players can take on waves of enemies in survival missions. Or team up with a pal to take on the co-op story missions. There’s even a four-player raid. 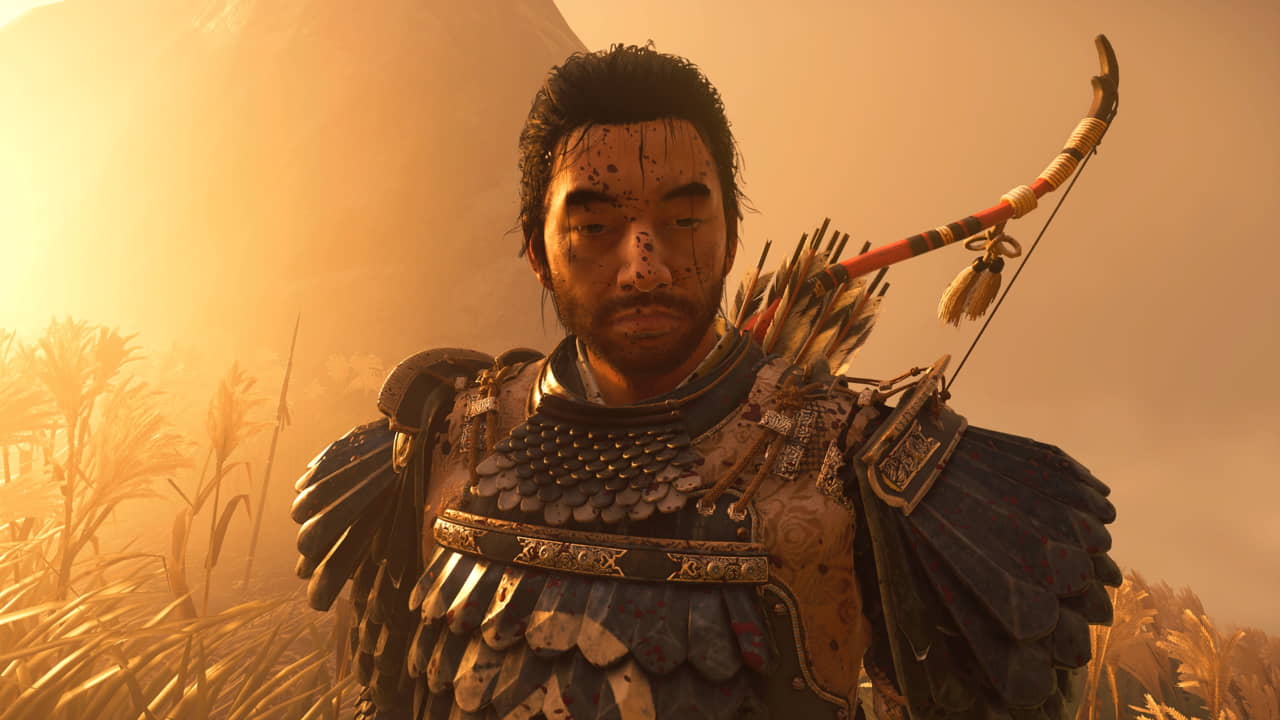 No Free Upgrade for PS4 Ghost of Tsushima Owners

While new content, especially a new single-player story expansion for Ghost of Tsushima is very much good news, there is a bit of bad news when it comes to upgrades for existing owners of the game. 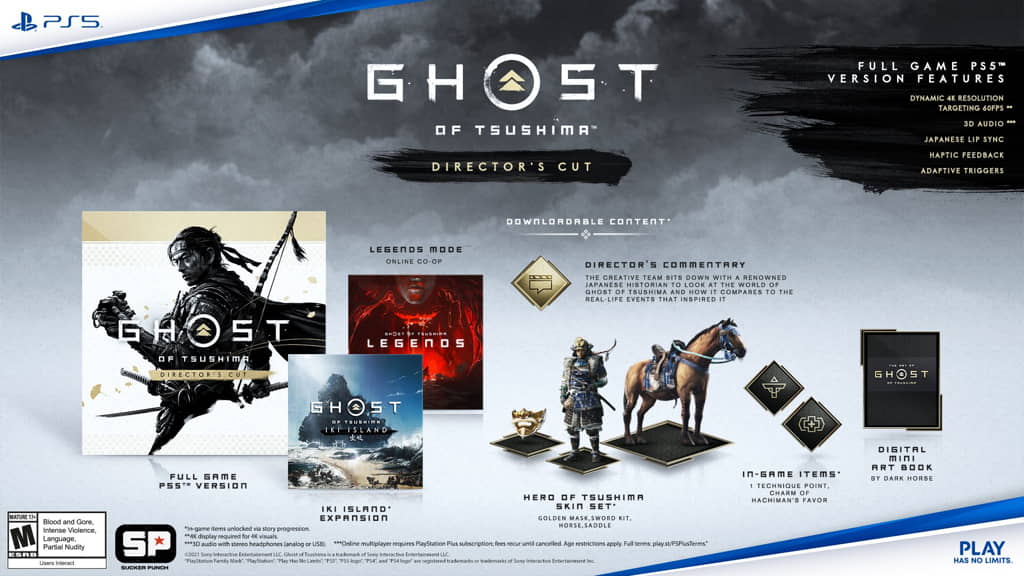 However, here’s the bad news. If you already bought Ghost of Tsushima on PS4, there will be no free upgrade option. And the Iki Island expansion isn’t being sold as a standalone DLC either.

Essentially, it seems that Sony values the Iki Island expansion (which can’t be bought separately) at $19.99. And values the PS5 exclusive features at $9.99.

This additional ‘tax’ for PS5 features has caused much debate amongst  PlayStation Fans with some defending Sony’s pricing decisions and others lambasting it. Critics of the $9.99 paywall for PS5 features bring up the fact the many other publishers are offering PS5 upgrades to PS4 games for free, just like Sony themselves did with Spider-Man: Miles Morales and Sackboy A Big Adventure.

The controversial pricing decisions made by Sony for the Ghost of Tsushima Director’s Cut have certainly divided the community. And many are saying they will wait for the game to go on sale before buying it.

Ghost of Tsushima Director’s Cut is due out on August 20th. 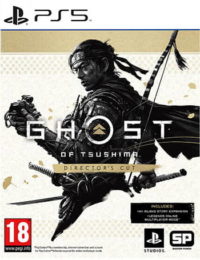