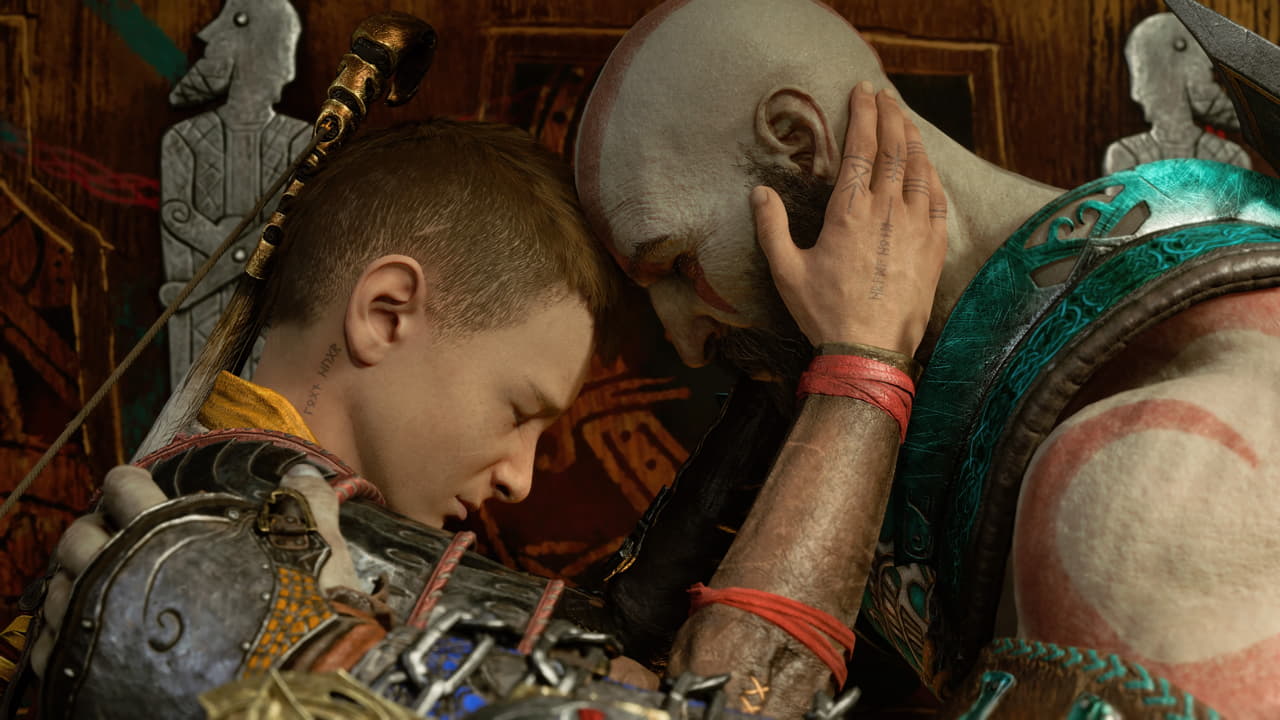 God of War Ragnarok is the sequel to God of War (2018), the game sees Kratos and Atreus embark on an epic journey filled with battles, trials and tribulations and emotional and heart-warming story moments.

God of War (2018) was a fantastic game, simply sublime so God of War Ragnarok has a high bar to jump over and it has successfully done that. In many ways, the game is essentially not a lot different from the 2018 game but that is a good thing. God of War (2018) had some of the best combat I have ever experienced in a game. The way the Leviathan axe feels when you throw it, or strike an enemy with it is incredible. It is like you can actually feel the weight and the resistance of the axe as it goes through an enemy’s flesh and bone.

Thankfully, God of War Ragnarok’s combat is equally as great as the 2018 game. Combat is enhanced by some new features and abilities, whether you are fighting as Kratos or Atreus. Overall combat feels just as solid as the 2018 game, if not more so and remains one of the best combat experiences in gaming.

Story-wise, God of War Ragnarok’s story is perhaps not as focused as the 2018 game but still has a good mix of memorable and emotional moments to keep players enthralled. Many characters from the 2018 game return and the relationships and bonding between the main characters and side characters enhance the narrative.

God of War Ragnarok features quite a bit of comedy in its storytelling and character dialogue, which is great. I found Brok to be particularly entertaining and humorous at times. Talking head Mimir, voiced by Scottish actor Alastair Duncan was also one of the standout characters who often made some humorous remarks.

One thing I wasn’t quite sure of though was the frequent use of swear words. Now, I am certainly no prude when it comes to swearing, I swear like a trooper in daily life, but I just didn’t really see the need for it in this context. Sure, mostly it was done I think for comedic effect and most of the swearing was probably uttered by the aforementioned Brok. Still, I couldn’t help but feel that maybe there should have been just a bit less comedy and a bit less swearing.

Overall, I found the story to be compelling and satisfactory. Kratos and Atreus seem to have a better relationship now and I liked that Fraya eventually become good pals with Kratos and Atreus. The interplay between the characters and the overall narrative was quite effective in leading up to the penultimate battle with the Allfather Odin.

God of War Ragnork’s gameplay and overall playability was just as great as the 2018 game, if not better. I liked that you can now explore all nine realms and the levels are a lot bigger with a lot more to do. Combat, which I mentioned previously, is still as solid as ever and remains some of the best combat you can get in a game.

Other gameplay mechanics such as the exploration and puzzles made the realms and joy to explore. There’s certainly no shortage of things to do in God of War Ragnarok. From opening Nornir chests, finding collectables and battling against the very challenging Berserker, the amount of content in God of War Ragnarok makes it worth the £70.00 price tag on PS5.

God of War Ragnarok is a Very, Very Good Game

To summarise, God of War Ragnarok is a very, very good game indeed. I think it only falls short of being a ‘masterpiece’ due to it not really changing things too much from the 2018 game. But as I said before, the fact that it is very similar is not a bad thing at all.

God of War Ragnarok is out now for PS5 and PS4.