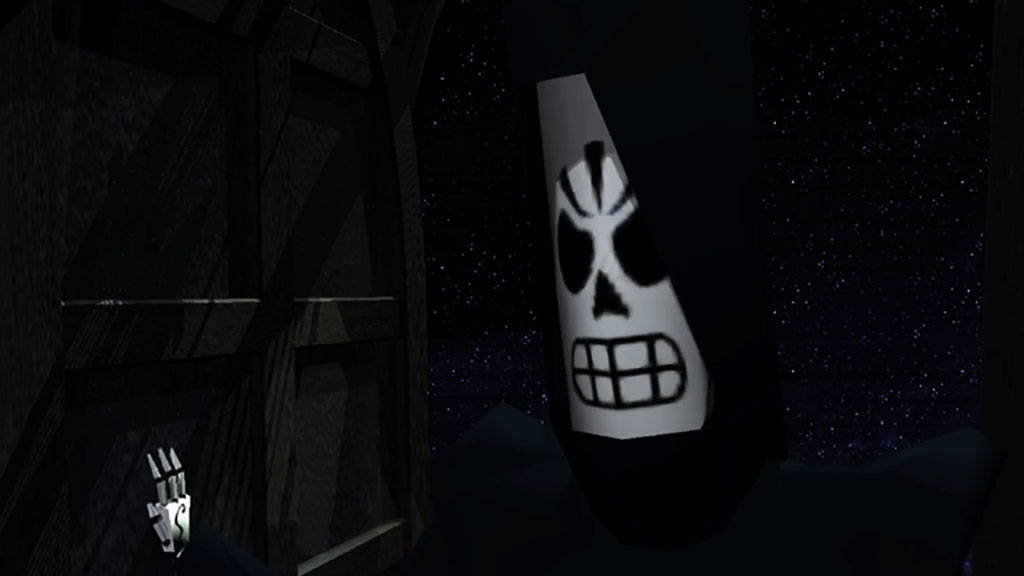 Grim Fandango is another game that I played primarily just to get the platinum trophy (it’s fairly easy and quick to get with a guide) but I ended up absolutely enjoying my play through.

I finished the game last night and sadly it turns out that I did not actually unlock the platinum trophy.

To get the platinum in Grim Fandango remastered you have to switch from the camera-centric controls to the ‘Tank’ control scheme but you have to make sure you switch at the very start of the game, before you even move your character.

I did switch at the very start of the game but I must have moved the character a bit before I switched and it didn’t count. Oh well, I’ll need to do another play through.

Grim Fandango Remastered was free for PS Plus subscribers for the month of January 2016. I added it to my library way back then and only started playing it a week or so ago. It’s always worth adding the free PS Plus games to your library even if you don’t think you’ll play them right away, you may want to play them later on. 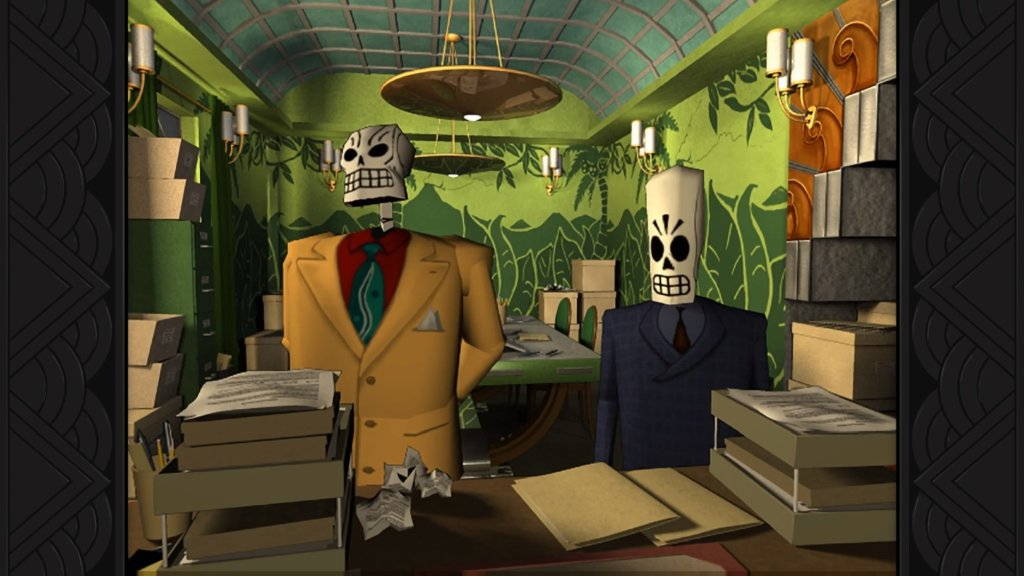 In Grim Fandango you play as Manuel ‘Manny’ Calevera a grim reaper style travel agent whose job is to arrange transport for recently deceased people from the Land of the Dead to the Ninth Underworld (the place of eternal rest.)

With Manny angry at getting such low quality clients, he decides to steal a client from his colleague and that’s when the game kicks off good and proper.

Grim Fandango is done in a film noir style and the main story revolves around Manny searching for a lost client and getting her to the Ninth Underworld. During the four years Manny spends in the Land of the Dead he takes on a few roles, the travel agent, a casino owner and a ship’s captain.

One fo the characters you meet early on in the game is Glottis, a demon whose primary job is to drive and fix cars. He ends up being your companion throughout most of the game and the some the interactions between Manny and Glottis are pretty funny.

As the whole game is done in a film noir style, the main story revolves around a crime. A crime boss int he Land of the Dead has been stealing tickets for the Number Nine train from their rightful owners and is trying to sell them to rich people who don’t deserve them.

Manny and Glottis go on a four-year adventure to stop the crime boss and find his lost client.

Overall I though the story was very good and even though I was attempting a quick play through using a guide, I found myself watching every cut scene and not skipping any dialogue.

On the subject of dialogue, the voice acting was particularly great in fact I would say that it is better than most of the voice acting for the huge, multi-million dollar AAA games we see nowadays.

The gameplay is Grim Fandango is much like other adventure games. You have to move Manny between different areas, pick up and use items correctly and interact with various characters in order to progress through the game.

As I mentioned earlier in the article, you have to use the Tank-style controls to be able to unlock the platinum trophy. The Tank controls do make moving around and interacting with things a bit trickier but you soon get used to them. If you’re not going for the platinum though you can use the normal camera-scentric controls which make moving much easier.

As well as the usual talking to people, picking items up and using them on other things type of gameplay Grim Fandango also has a few tricky and at times frustrating puzzles you have to solve. Like one where you have to move a wheel barrow over some pipes to synchronise 4 pistons or one where you have to align 4 lock tumblers, they sound simple but are actually kind of tough.

Overall the gameplay was enjoyable, even using the Tank controls. The only thing I can;t understand is how could anyone complete this game let alone platinum it without using a guide. There are times when I was playing through the game and looking at the guide and thinking to myself, “I would never have figured that out in a million years” or “I would never have known to use that object on that object”

Graphically the game actually looks pretty good even for a remaster of a game that is almost 20 years old. According to the games Wikipedia page, Grim Fandango used a mix of static pre-rendered background images with 3D models and objects.

Grim Fandango Remastered was a very enjoyable adventure game that reminded me of my days with my Commodore Amiga 500 playing point and click adventures like Monkey Island. The story and voice acting is very good and the game overall was a great experience.

If you didn’t pick this up or save it to your library when it was on PS Plus then you’ll need to fork out £11.99 to buy it. It probably is worth that much but I think I would wait to see if it gets any cheaper.

Whether you’re playing Grim Fandango Remastered just for fun or you’re using a guide to help you get the platinum trophy, you’ll definitely enjoy this game.

The guide I used for the platinum trophy, just remember to switch to Tank controls before moving Manny at the start of the game.

Grim Fandango Remastered was a very enjoyable adventure game that reminded me of my days with my Commodore Amiga 500 playing point and click adventures like Monkey Island. The story and voice acting is very good and the game overall was a great experience. 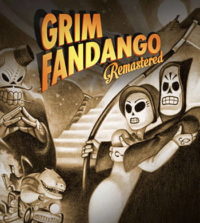