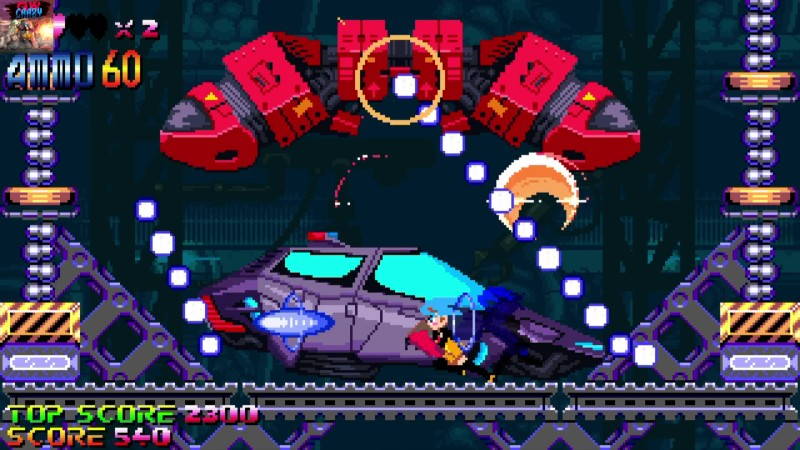 Gun Crazy is a side-scrolling retro-style 2D run and gun shooter from Ratalaika Games. Like most (but certainly not all) Ratalaika Games, Gun Crazy offers a quick, easy and cheap Platinum Trophy, but not much else.

The game consists of at least three different levels, I say at least because I really don’t know how many levels the game has. You can earn the Platinum after you have beaten level 2, so there is not really any need to play beyond that. Unless of course, you find the gameplay exhilarating. But that’s unlikely. 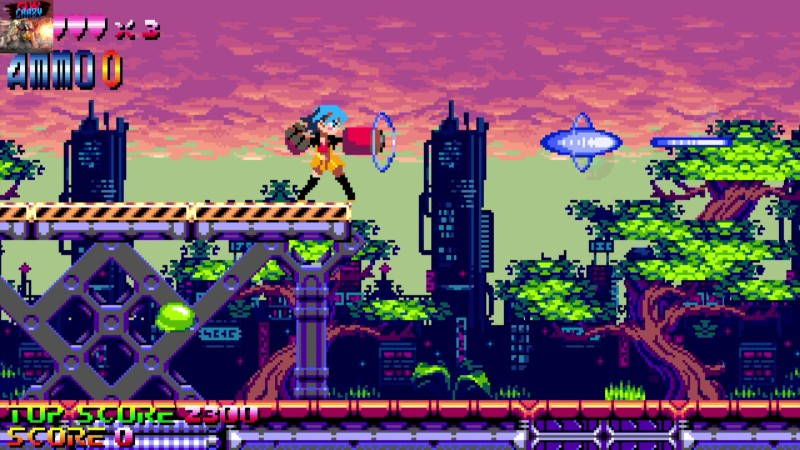 The first level of Gun Crazy features an urban backdrop with skyscrapers and some trees and a parallax scrolling effect. As you run and gun through the level the game introduces you to some platforming elements and a variety of different enemy types.

None of the enemies are particularly menacing and the whole game pretty much consists of running, jumping and shooting until the enemies are gone. The game lets you shoot in three directions, left, right and upwards. Though, for some reason, it doesn’t appear to let you shoot downwards when you are standing on a platform.

Throughout the level, you can also pick up some gun upgrades that are slightly different and probably bit more powerful. The gun upgrades have limited ammo though and they disappear if you lose a life. 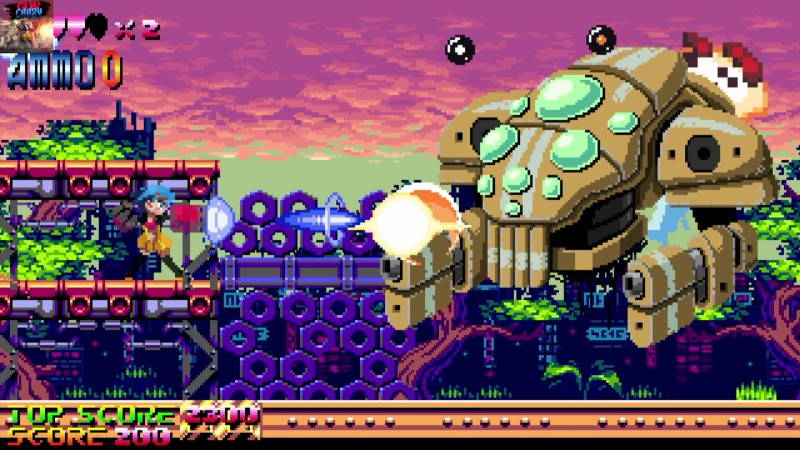 Not so crazy boss fights

The first level has three bosses you will have to defeat at certain points in the level. Like the regular enemies, the bosses are not too difficult to dispatch and it’s just a matter of holding down the fire button and avoiding their attacks.

Two fo the bosses are very similar in that they remain stationary at one side of the screen and fire the bullets at you. There is a two-tiered platform that you can use to jump and down to avoid the bosses shots. The other boss is a kind of dragon looking thing which moves from one side of the screen to the other. This requires a bit more movement on your part and the use of a dash ability to jumper over it.

The second level I found to be the most annoying. This level consists of enemies that look like bouncing balls of bubbles – I think the creators of Gun Crazy definitely got their idea from Pang for this level.

Like Pang (exactly like Pang) you have to shoot the bigger bubbles then shoot the smaller bubbles that split form the bigger bubbles. I found this part annoying because each time you shoot or kill something, you get an animation with a whole load of coins popping up on the screen. This made it a bit difficult to see and avoid the bubbles. 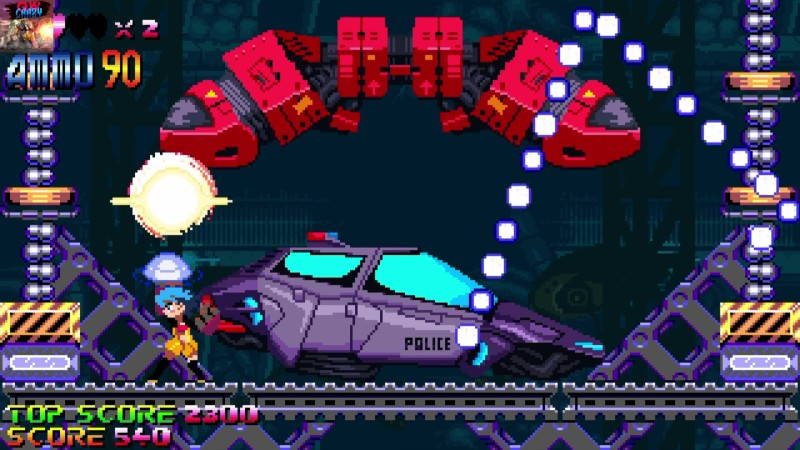 Once you have disposed of the bouncing bubbles it’s on to the level 2 boss. This is where you will earn your Platinum Trophy.

Like the other bosses, the level 2 boss really doesn’t provide much of a challenge. Beating this guy is just a matter of avoiding its attacks and shooting at it until it eventually blows up.

Like a lot of other similar games, there is no save point, so if you die at the second boss or any part of the game, you have to start from the very beginning. Thankfully though the game does give you some lives and a couple of continues to make it less frustrating.

And that is all there is to Gun Crazy. 30 minutes to an hour of side-scrolling shooting. As I mentioned earlier, there is a third level but I literally played it for 5 seconds so I can’t really comment on that.

In the end, Gun Crazy’s only real plus point is the easy Platinum Trophy. The game is also pretty cheap at the standard £3.99 on the PlayStation Store for this type of game.

Gun Crazy really doesn’t offer much in the way of interesting gameplay and once you have the Platinum Trophy in your collection you’ll probably just delete it form your PS4.