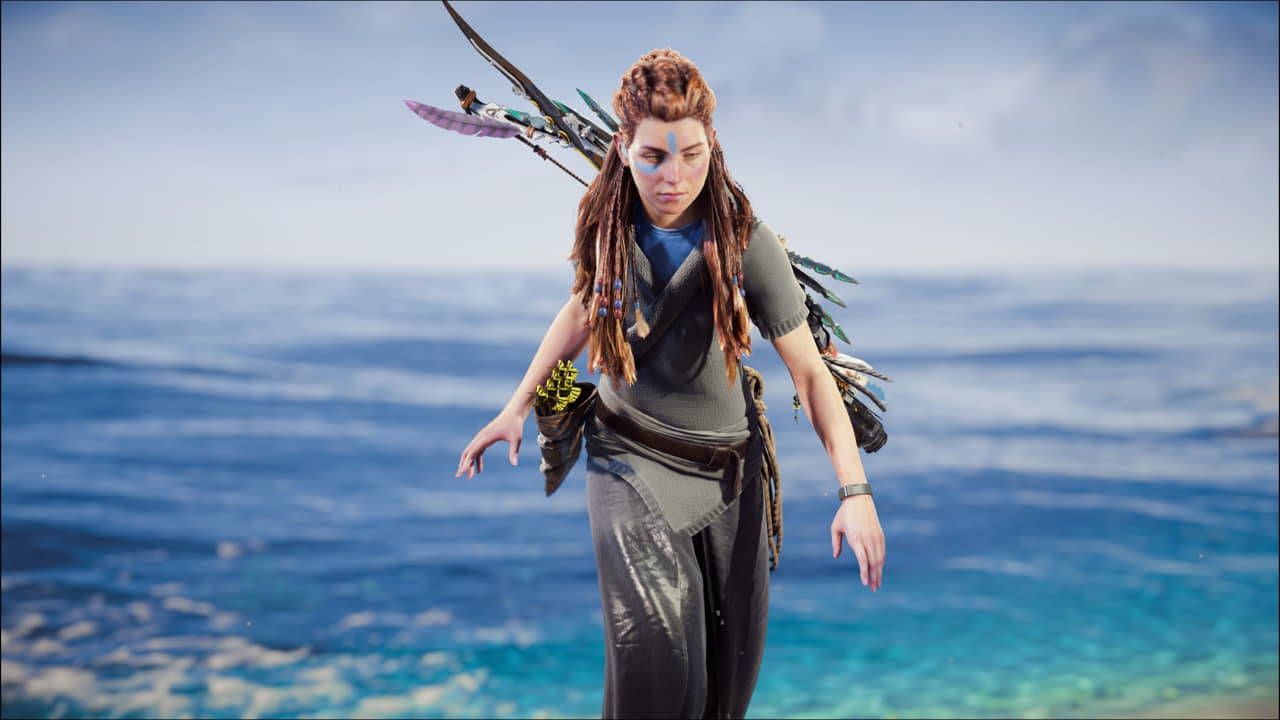 I finally completed Horizon Forbidden West after about 74 hours of playtime. And, wow, what a game. Every minute of playing this sequel to 2017’s Horizon Zero Dawn was just an absolute pleasure. The story was amazing and hooked me in right from the start. There was a host of memorable characters and heartwarming moments and the gameplay and combat were simply sport on.

Without a doubt, Horizon Forbidden West is one of the best game sequels I have played, only being matched by The Last of Us Part 2.

A story that draws you in and keeps you hooked

A great well-written narrative that draws you and keeps you engaged as you would expect for a PlayStation studios game. The game is superbly voice acted as well and the voice artists should be lauded for their work in bringing the characters and the world of Horizon Forbidden West to life.

In between the bouts of combat against machines and human enemies were the superb cutscenes. The cutscenes were like watching a fantastic movie or TV show.

The story is full of interesting characters and character development like Varl getting together with Zo. Also some very touching and heartbreaking moments in the game. Like when Varl got killed by the Far Zenith.  But also plenty of joyful uplifting stuff as well.

The world of Horizon Forbidden West is even larger and more alive than Zero Dawn. Guerrilla Games has done a fantastic job in creating a world that just begs to be explored.

The introduction of the settlements scattered throughout the Forbidden West was great for making the game feel really alive. Like there were actually real people living in this world. Settlements are where you will find most of the side quests and other tasks.

The world is just incredible to look at. From the different biomes to beautiful vistas and sandy, palm tree laden beaches of the far west. Horizon Forbidden Wests world truly is a sight to behold.

The world is just very explorable and beautiful. That’s probably why it took me 74 hours to complete the game. As I often found myself staring at a stunning vista or some gorgeous scenery. I would then hop into photo mode for quite some time trying to get the perfect screenshot.

The world is also pretty massive. Even after 74 hours and completing the story, I probably have only about three-quarters of the map unfogged. And I can’t wait to continue exploring to see what sights await me.

One thing that I didn’t particularly like about Zero Dawn was the inability to free climb anywhere. I had played a lot of Assassin’s Creed Origins by the time Zero Dawn came out, so in a third-person open-world RPG, I was too used to being able to pretty much climb on anything.

Thankfully, Horizon Forbidden West does make the climbing a lot better. Although you still can’t climb everything, the environment is a lot more traversable now thanks to the climbing points the developers put on a lot more things like cliffs, mountains and other areas.

Guerilla also introduced some more new ways to get around in horizon Forbidden West. The glider is probably one of the best things I have seen in a game. Aloy could use it to glide majestically from a high point or glide down on top of unsusp[ecting enemies.

The Sunwing flying mount was also fantastic. Once you have the ability to override a Sunwing, you can call on it to pick you up and soar through the skies like an eagle.

Of course, you can also override various land-based machines to mount and ride around.

Another great new addition to  Horizon Forbidden West is underwater exploration. There are a few missions that require Aloy to take a dive into the abyss and go swimming in the murky depths. Like the above-water world, the underwater world is equally as stunning. And with the help of the breathing apparatus you get in the game, Aloy can explore the deep blue waters for eternity.

The only thing I didn’t like about the underwater is that you could not use any weapons. I often found myself exploring under a lake only to be confronted by a massive Snapjaw. Then realising I couldn’t actually attack it underwater I would have to make a hasty retreat to the shore to take it on from there.

There is a lot of stuff to do in Horizon Forbidden West apart from the main story and side quests. Like Zero Dawn, you have the hunting ground trials to participate in. These hone your skills against machine enemies.

You also have the melee pits which can help hone your skills against human enemies.

The world is full of various activities, things to do and see. I particularly liked the new Ancient Ruins. These offered some puzzle-solving to complete which I found really entertaining.

Once you explore a good chunk of the map, you will find a lot of different things Aloy can do. The number of icons on the map might seem overwhelming, but all the activities and various things to explore are all really fun. I haven’t got the platinum trophy yet so I still have a bit to finish off in the world. But with a world as great as Horizon Forbidden Wests I think I am going to enjoy every minute of it.

There are quite a few puzzle type things to be solved in Forbidden West. Luckily the game also introduces a couple of new mechanics and items of equipment to help Aloy solve and traverse things like the Ancient Ruins.

The Pullcaster is a great addition to the game and be used to pull open vents, pull down walls that are in your way or help Aloy traverse from point to point.

Combat in Forbidden West is just as great as in Horizon Zero Dawn. Shooting arrows at Machines, landing the perfect hit and watching pieces of armour fly off is extremely satisfying. The combat experience is enhanced and made even more immersive by the PS5’s DualSense controller. The game makes great use of the haptic feedback and adaptive triggers of the DualSense to make combat even better. Each machine has different attacks and I found I had to change up strategies and weapons to beat the different types of machines.

Trusty weapons from Zero Dawn make a return to the newest game, weapons like the Hunter Bow and Sharpshooter bow are mainstays and I found them to be an integral part of my inventory. Weapons like the Tripcaster also make a return and are very useful for tackling machines. However, Forbidden West also introduces a lot of new weapons and ways to take down machines.

Fighting and taking down machines is essential to get various parts to upgrade your weapons, armour and pouches. A neat new feature that I really liked was the ability to scan the different machines and highlight certain parts. In Forbidden West, you can also create jobs for specific things that you want to upgrade. So when you face off with a machine and scan it, the part you need will be highlighted as a quest icon. I found little features like this to be a fantastic quality of life upgrade to Horizon Forbidden West.

Never has a video game sequel been so thought-provoking or offered so much more or improved more from the original. Horizon Forbidden West takes the foundation built with Horizon Zero Dawn in 2017 and builds a mammoth structurally sound game on top of it. The story, the characters, the mechanics and everything else in between are just simply, great.

I especially liked how Aloy has grown as a person since the first game and how her legend has grown. She is practically known by everyone. She is revered by many and feared by the bad guys. She is a true legend.

Horizon Forbidden West is a game that should be played by everyone who owns and PS4 or PS5.

Horizon Forbidden West is an amazing sequel to Horizon Zero Dawn. It takes the strong foundation built by the first game and builds a massive structure of the awesome story, amazing gameplay and a much larger world to explore on top of it. Alou is a PlayStation icon, a legend and this game should be played by everyone who owns a PS5 or PS4.