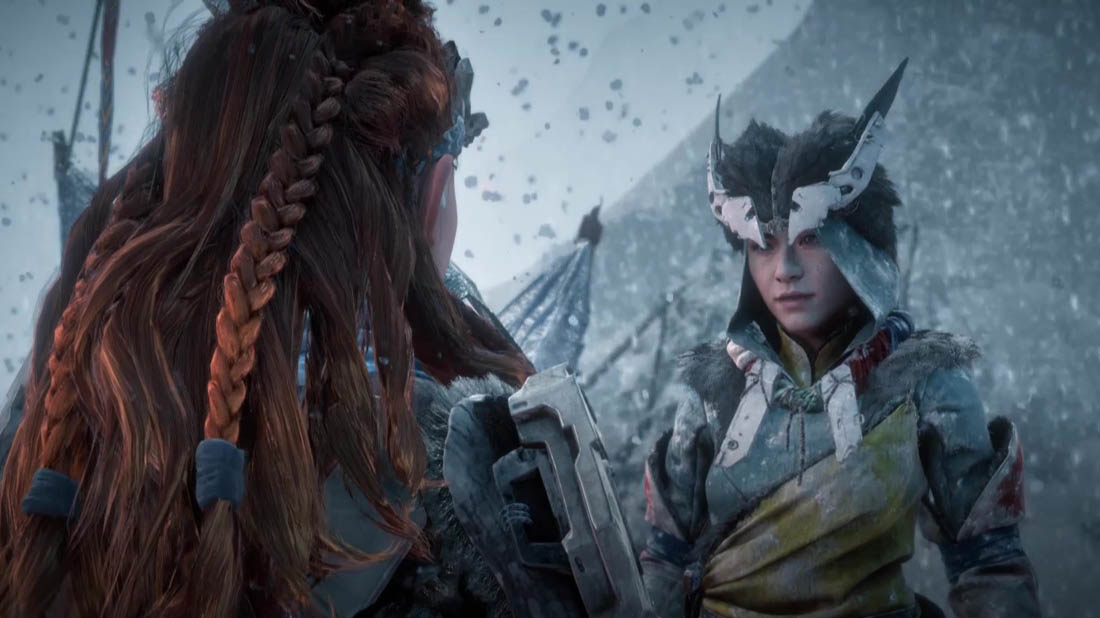 Ikrie’s Challenge is an errand in Horizon Zero Dawn: The Frozen wilds. This challenge is given to you by Ikrie, a character you meet during the game and it takes place at the Snowchants Hunting Grounds.

In order to successfully complete the challenge, Aloy will have to defeat several machines; 4 Scrappers, 3 Grazers, 2 Tramplers and 1 Fire Bellowback to get first place and earn the gold medal. Getting first place will also unlock the Won Ikrie’s Challenge trophy.

Getting first place isn’t overly difficult which is nice, the challenge isn’t timed either so you don’t have to rush through it.

To get first place in Ikrie’s Challenge you need to defeat all 10 machines whilst they are frozen, Ikrie will be with you doing the freezing. Don’t shoot any machines if they are not frozen. You’re ammo is also limited for this challenge and you only have 25 Hard Point arrows, 30 Hunter arrows and 5 Fire arrows. You will have to kill all 10 machines before your ammo runs out to successfully complete the challenge.

Take a look at the video below or read on for the guide. 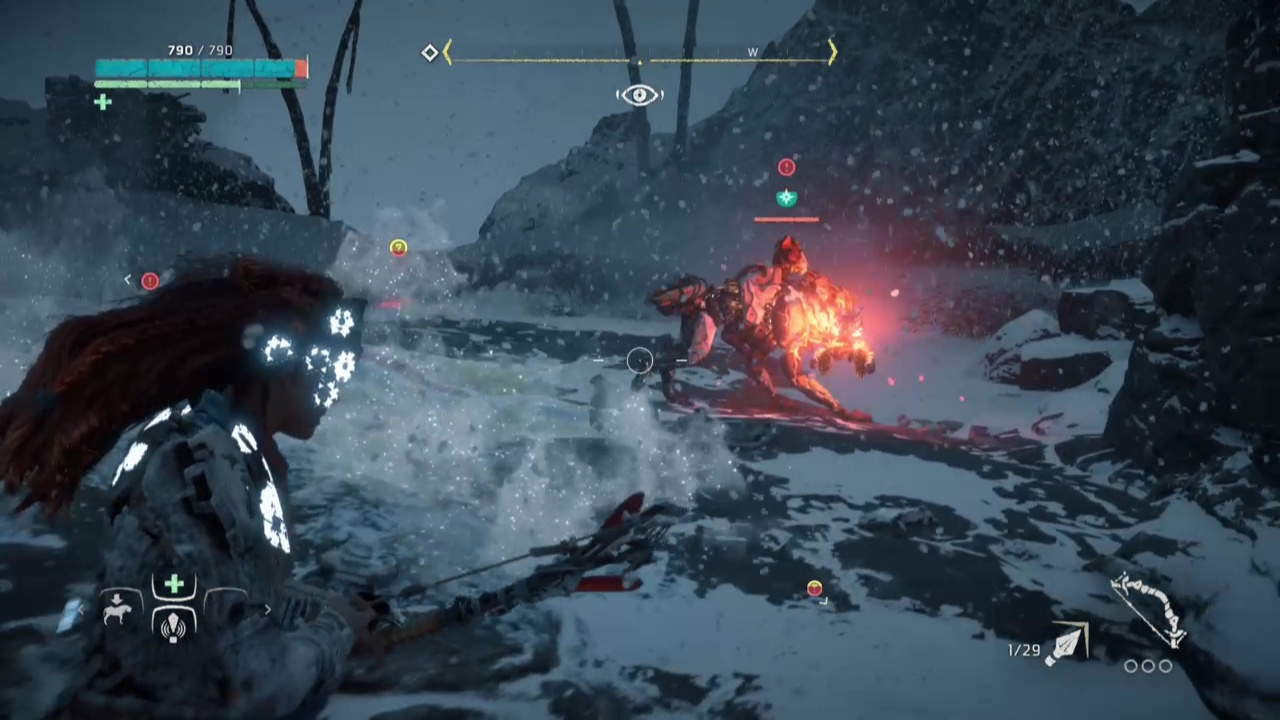 First up you will face the Scrappers but before you can start pelting them with arrows you’ll have to lead them over to where Ikrie is standing so she can freeze them. 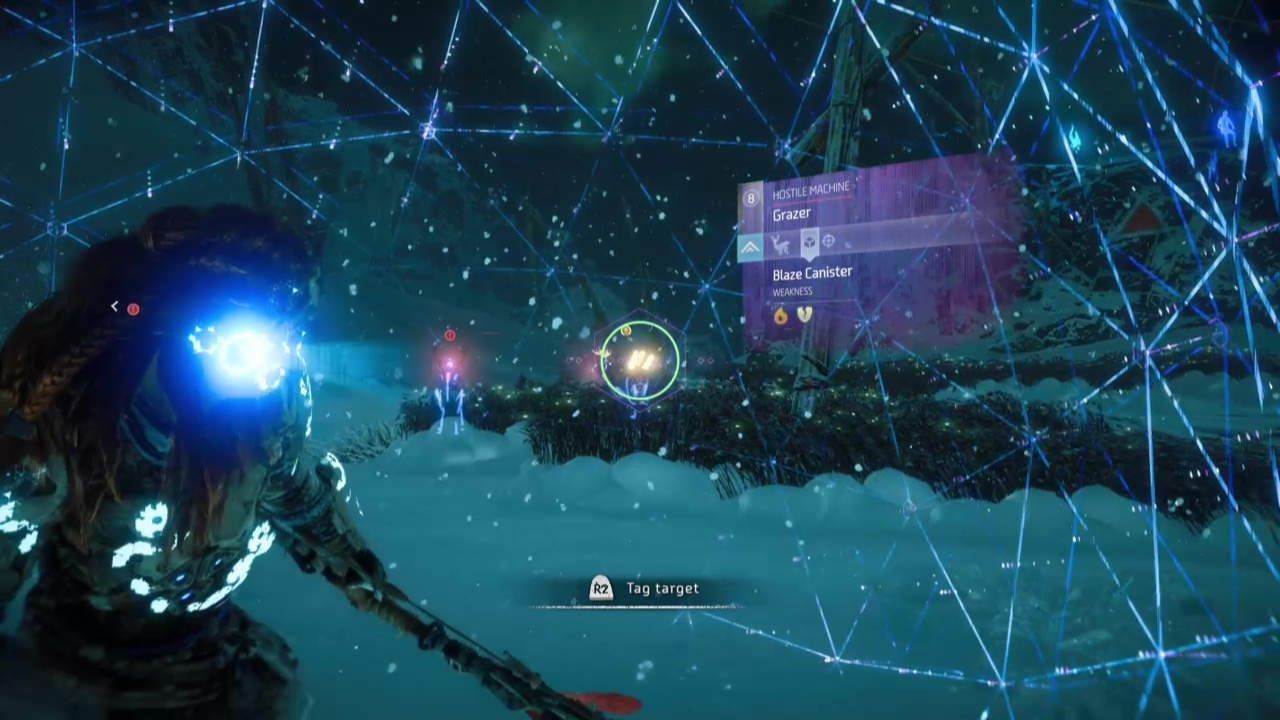 Next Aloy will have to attend to 3 Grazers. As before, lead the Grazers over to Ikrie, once you see that they are frozen shoot a fire arrow at the Blaze canisters on the Grazer’s backs then wait as the Grazer explodes. 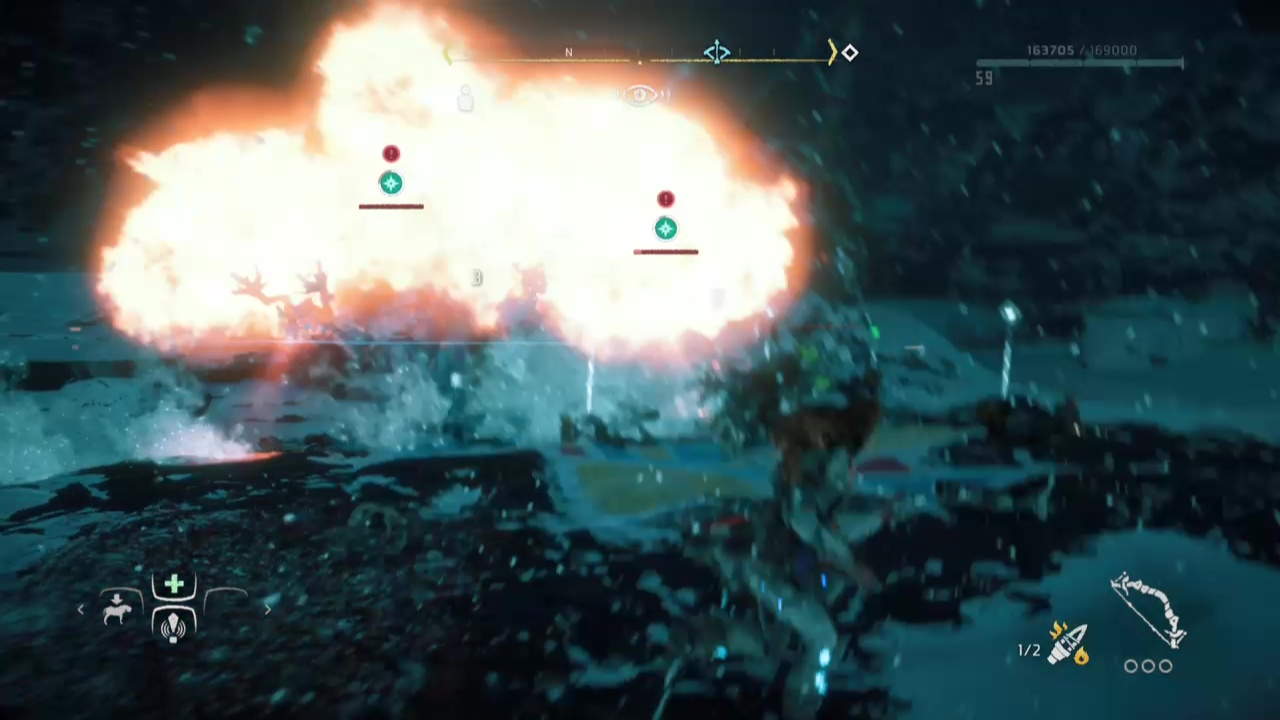 In my video you can see that the Grazer exploded and damaged the other 2 that where near it so, if you can, wait until all 3 Grazers are grouped together. If the remaining 2 grazers are weak enough it should only take 1 fire arrow into another Blaze canister to explode and take out the two remaining Grazers. 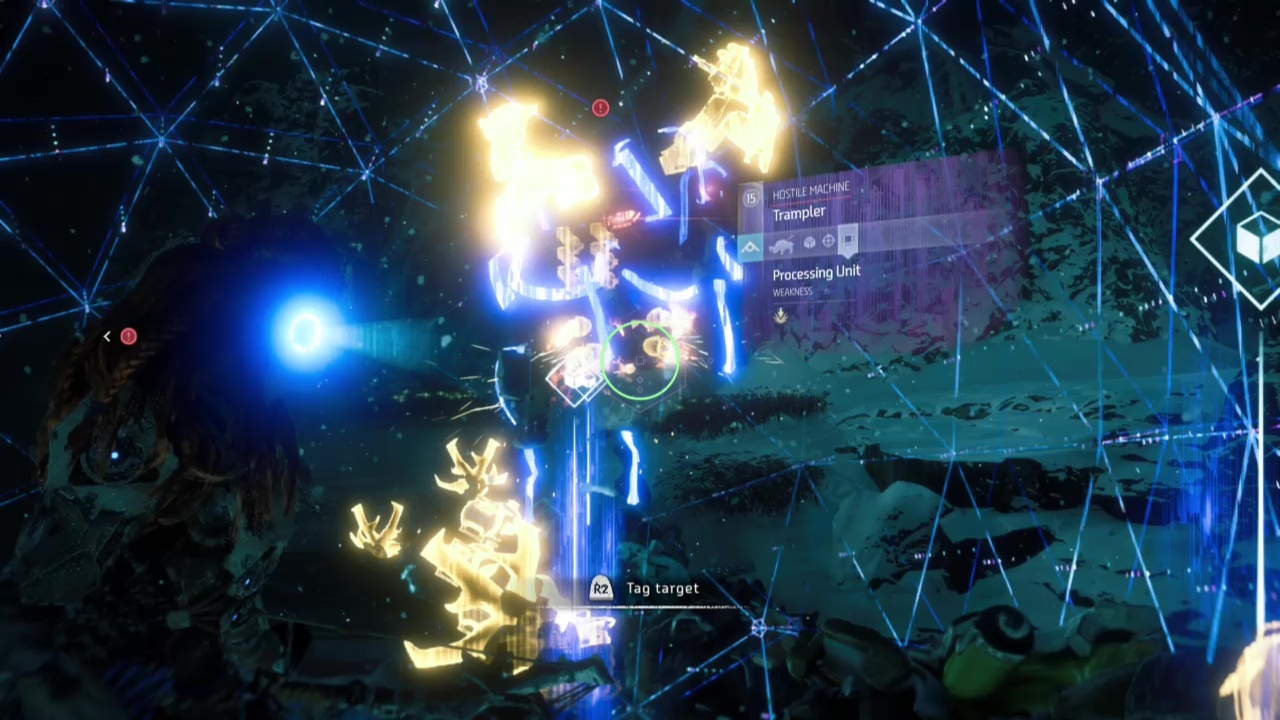 Next Aloy will have to take care of two Tramplers. These machines are pretty fierce and can cause quite a bit of damage. Luckily for Aloy though there Achilles heel is their explosive Processing Unit. 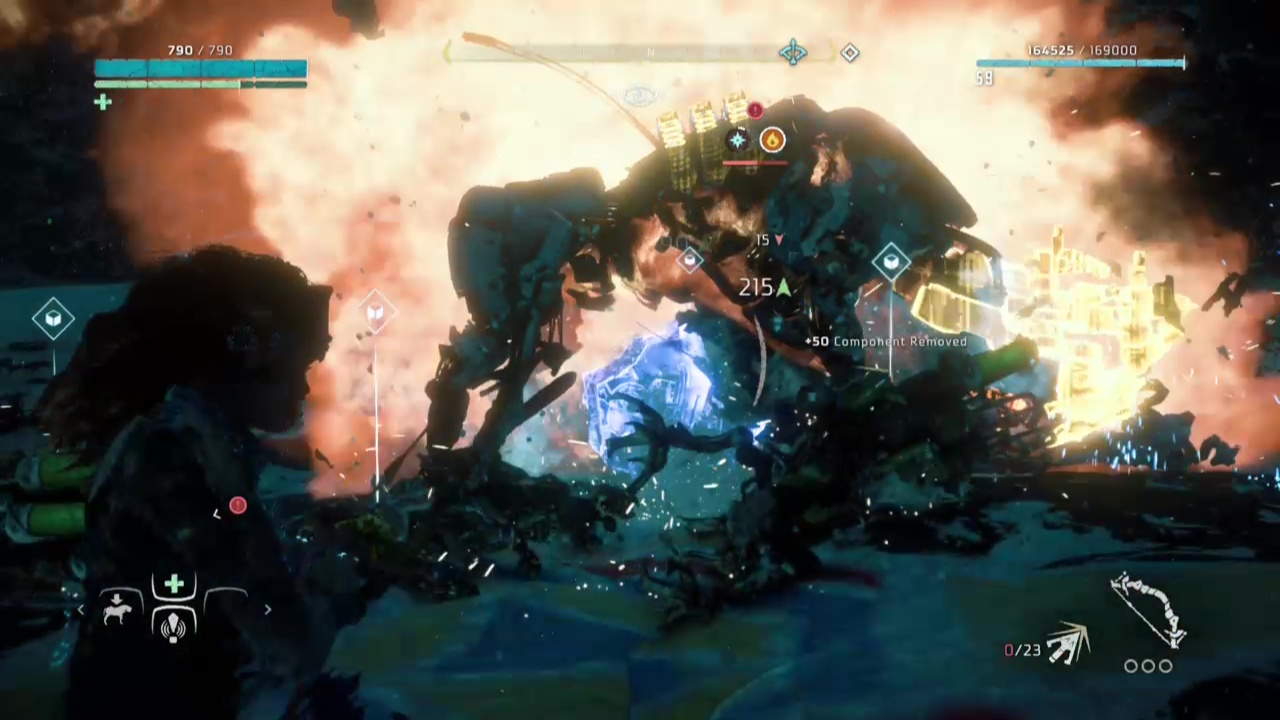 The Processing Unit is fairly big and easy to get shots in to it. Once the Tramplers are frozen by Ikrie, fire off some Hard Point Arrows into the processing unit and it will explode doing massive damage to the poor Trampler. They will also slowly burn to death from the resulting flames unless Ikrie freezes them again. 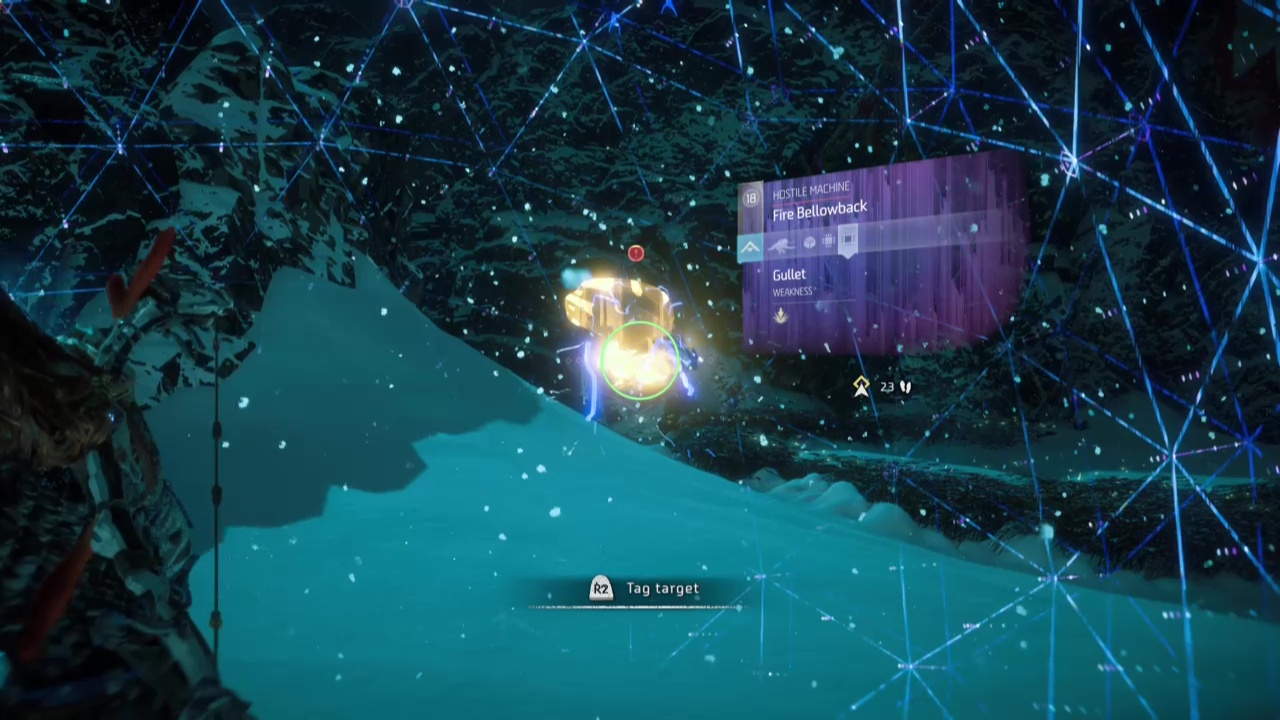 Finally Aloy will have to defeat a Fire Bellowback. Fire Bellowback’s have two main critical points you will want to shoot at, the gullet which is underneath them and it’s cargo sac. Taking out the cargo sac while it’s frozen should do a good bit of damage. To Finish the Fire Bellowback off, shoot it’s gullet with the hard point arrows and it should be pretty much dead.

Once you have defeated the ten machines without running out of ammo you’ll unlock the Won Ikrie’s Challenge trophy. You will also be rewarded with a decent amount of XP an Extraordinary Reward Box, Bluegleam and an armour modification.