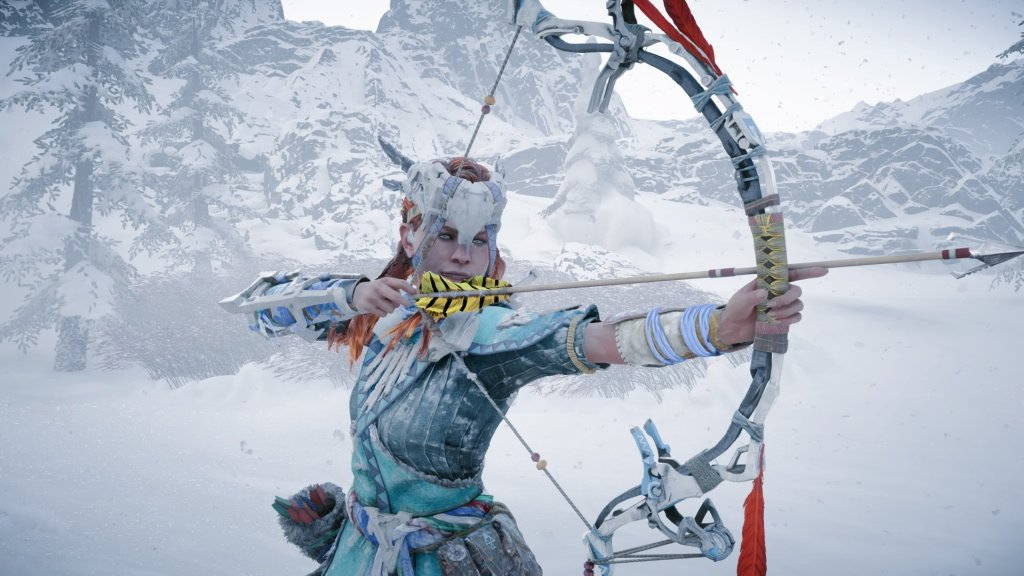 I’ve been desperate for some kind of DLC for Horizon Zero Dawn ever since I unlocked the platinum trophy and I was extremely excited when The Frozen Wilds was announced. 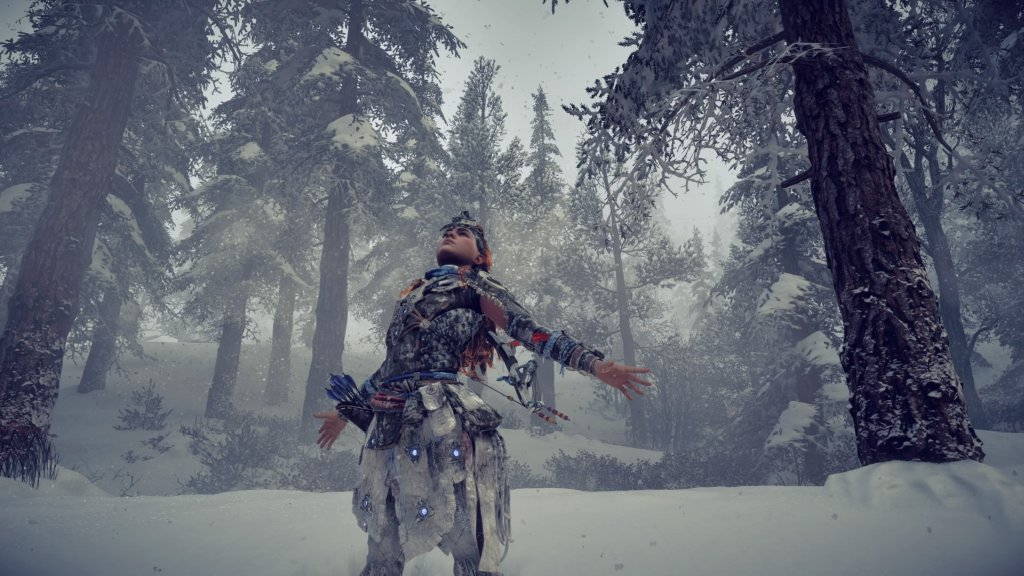 The Frozen WIlds takes Aloy on a brand new adventure deep in Banuk territory, to a new part of the world map called the Cut. This new region is fairly large, it mostly a frozen region (hence the Frozen Wilds) with much of the land covered in snow and ice. The Cut, like the rest of the Horizon Zero Dawn world is stunningly beautiful and much of the scenery wouldn’t look out-of-place on the front of a Christmas card.

The Frozen Wilds also gives us a new story and a mystery that Aloy must solve. 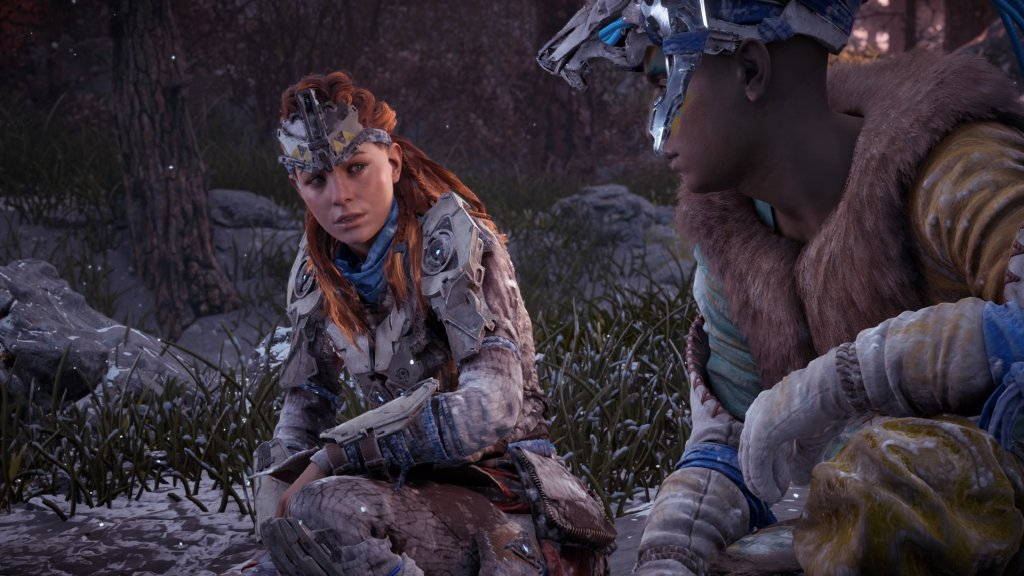 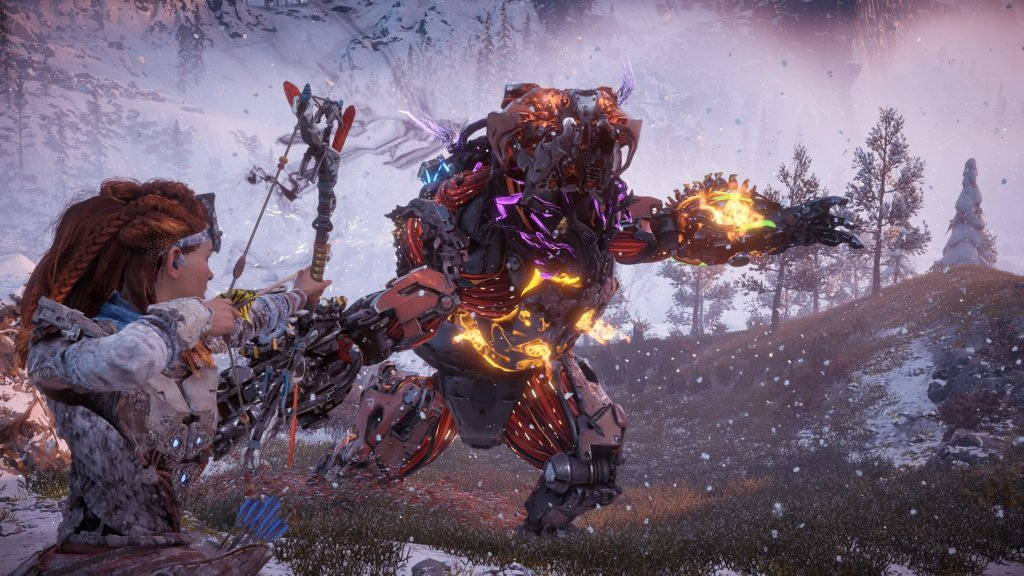 It is not long into the Frozen Wilds when you first encounter one of the new, dangerous machines, the Fireclaw. The is three brand new machine types in the Frozen Wilds, the Fireclaw, Frostclaw and Scorcher and there is also daemonic version of existing machines, which we learn have been changed and are being controlled by the new enemy called the Daemon. These daemonic machines are similar to the corrupted machines that we encountered in the main Horizon Zero Dawn game.

The new machines are certainly scary and offer quite a challenge, especially if this is your first time playing Horizon Zero Dawn since they main game was released. I found myself dying quite a bit and struggling to defeat these new evil machines at first but once I played a bit more I soon got into the swing of things.

The new machines are well designed and offered a unique challenge when fighting them, they had their own weak points and vulnerabilities as well as their own unique strengths and attacks. 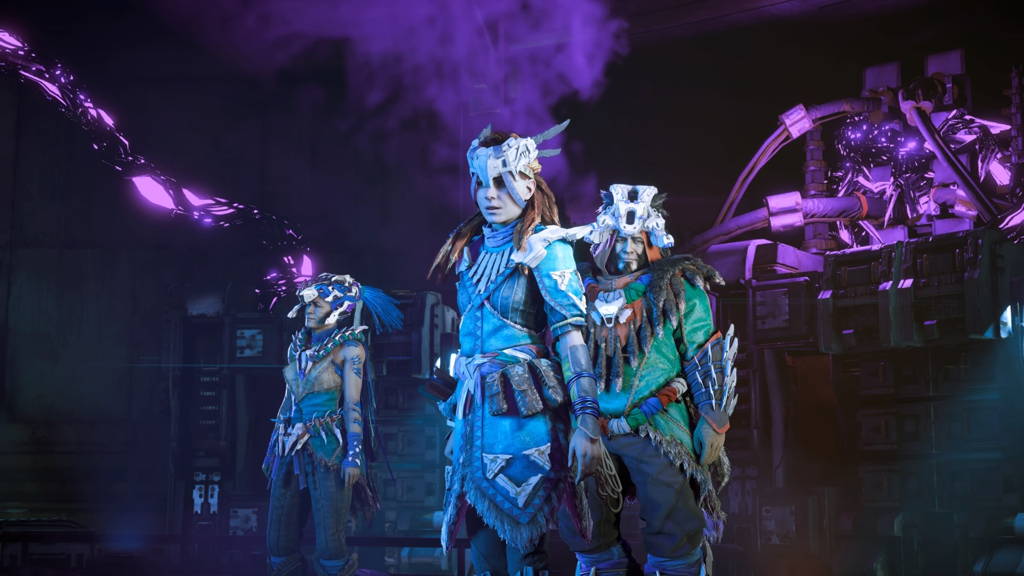 Aloy will meet a lot of interesting characters along the way in The Frozen Wilds, all of whom had their own unique story to tell and where very well voice acted.

One of the main new characters in The Frozen Wilds is Ourea, a Shaman from the Cut. One of the main quests takes Aloy on a journey to a mountain, a long the Shaman’s Path to find Ourea.

The story is The Frozen Wilds was great, particularly for an expansion. There were quite a few main quests as well as side quests to be completed and some of the quests where fairly lengthy so there was certainty no shortage of things to do. There is also a new hunting grounds activity to be completed as well as numerous merchants and collectables to be found. Definitely no complaints in the story and content part of the game. 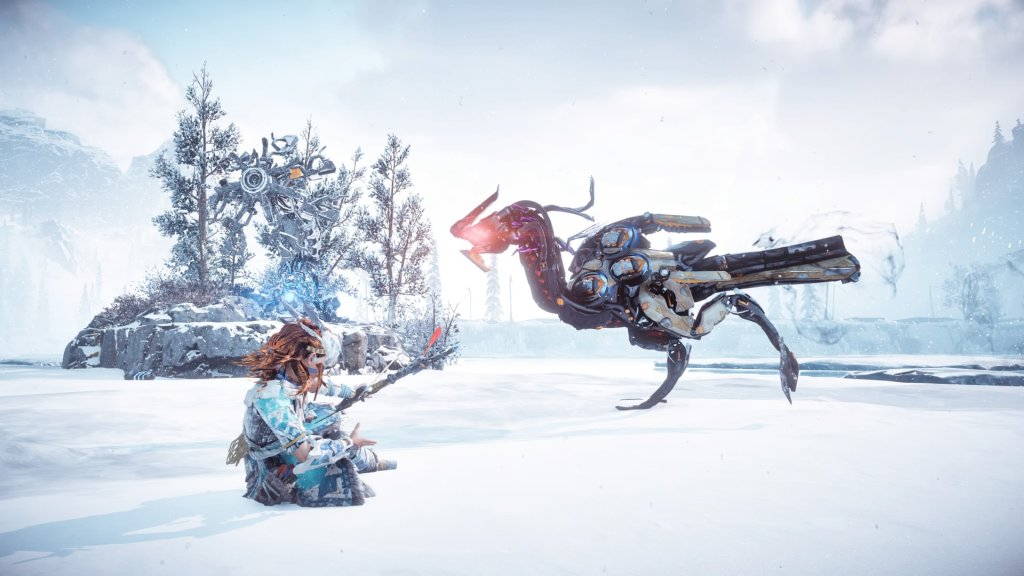 Like the main Horizon Zero Dawn game, gameplay and combat was extremely fun and fluid. The way Aloy can move, dodge and then fire off some arrows rapidly into an enemy is great. Combat feels very fluid and intuitive and although, like HZD can be difficult at first, as soon as you get used to scanning machines with your focus and figuring out there weak spots it becomes a great deal easier.

The new machines where particularly fun to fight with and they had some interesting attacks that you have to avoid like fire, frost and they will even pick up huge bits of rock and throw them at you.

Your new friends that you meet during the story will also join you in battle against the new machine threat.  Ourea along with her brother Aratak, the leader of the Werak will join Aloy on some quests and will battle alongside you. At first I thought these battles where going to be a case of if your allies die then it’s game over, thank fully though that was not the case and you can battle the machines however you like without worrying about what your allies are getting up to.

As well as some intense battles with these scary new machines and the odd fight with some human enemies there is also a couple of new puzzles that Aloy has to solve in order to progress. These take place inside the ancient bunkers and involve aligning holographic discs so that beams of light lead back to a source. These new puzzles were particularly challenging but offered a nice break away from the intensity of machine battles. 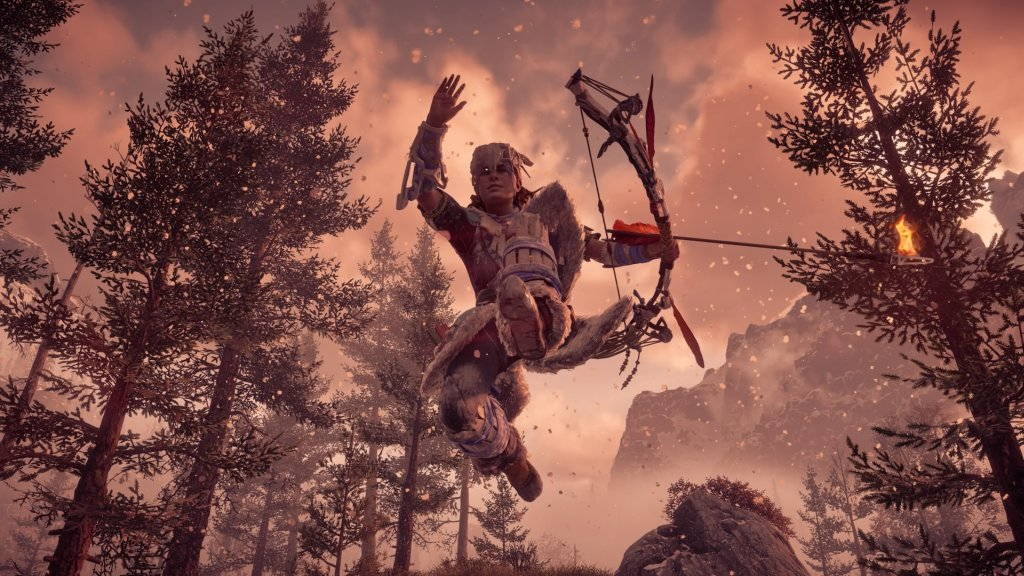 As with the main game, exploration is also a big part of The Frozen Wilds. There is new collectible items to discover and the new area of the map is pretty huge and just begs to be explored.

My only complaint with the gameplay side of things is Aloys jumping or rather lack of climbing abilities. Sure Aloy can climb things but it seems like she can only climb on certain things like a ladder or a handhold or a clearly marked ledge. There where many times during my exploration that I felt that Aloy really should be able to climb and clamber up a lot more things.

There where instances where I was faced with a not so high ledge or a rock or something and instead of just doing a little climb animation to get on to it or over it, I had to actually make Aloy jump to get her to go where I wanted her to go. I think exploration and general jumping and climbing around would have been much better if Aloy moved a bit more like Nathan Drake or Bayek from Assassin’s Creed Origins.

The Frozen Wilds is currently £15.99 on the PlayStation store, for that price it definitely offers good value for money. Sure there could have been a few more quests or some more new machines but when compared to what some games sell as DLC at even higher prices than The Frozen Wilds certainly offers some bang for your buck. 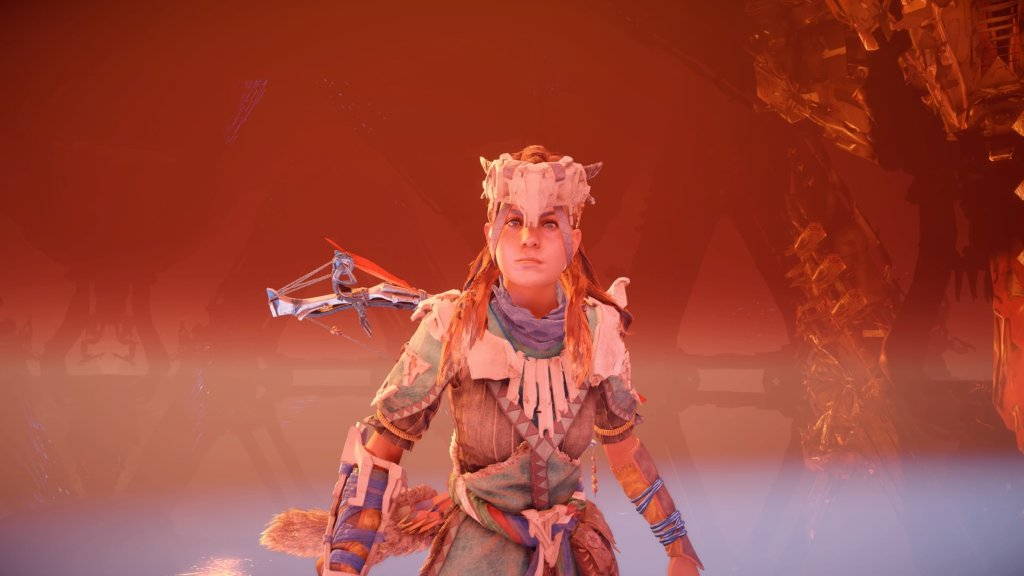 If you liked Horizon Zero Dawn and have not yet got The Frozen Wilds then you should definitely get it. It is a fantastic expansion to the Horizon Zero Dawn world with a great new story filled with interesting characters and the amazing HZD combat.

I certainly hope this isn’t the last expansion to the amazing Horizon Zero Dawn as Aloy is a great character and I hope she has many more interesting adventures.