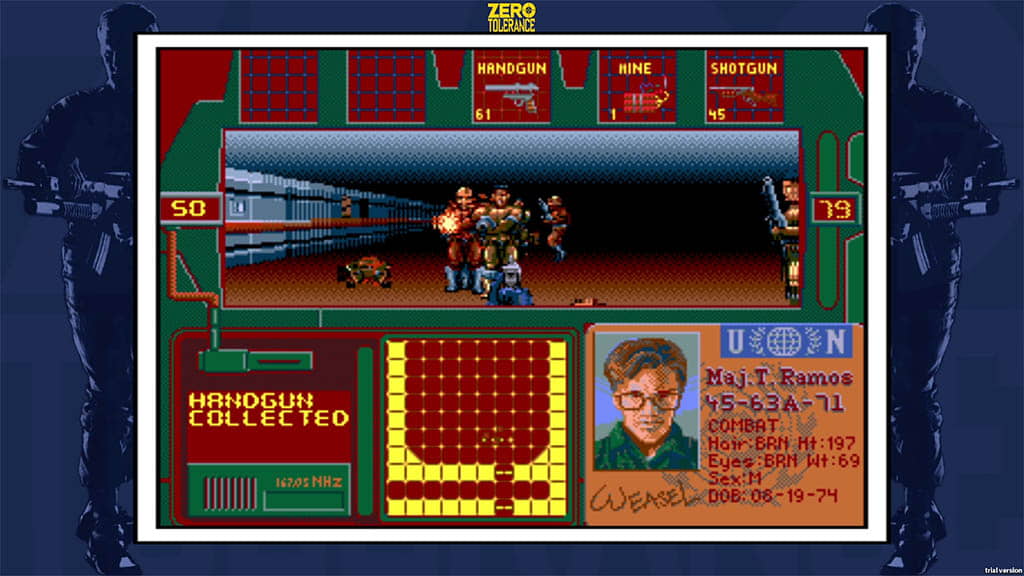 Zero Tolerance is an old-school arena shooter where you have to slay, destroy and kill alien terrorists. The game aims to bring back that feeling of adrenaline as you take on the alien terrorists with guns, grenades and laser guns.

Zero Tolerance was originally published in 1994.

The name Zero Tolerance refers to an elite squad specially trained composed of five members that are available to choose at the beginning of the game, each one with their own unique weapons and skills that completely changes the way you play through the levels in the game.

The QUByte port for PS4 and PS5 will include three games; Zero Tolerance, Zero Tolerance Underground and an unreleased demo called Zero Tolerance Beyond, which can be unlocked by completing either of the first two games.

The re-release of the Zero Tolerance games will include some new features for modern consoles. This will include Trophies for PS4/PS5 and the ability to rebind the controls.

As well as a digital release of the Zero Tolerance games, there will also be limited editions available as a physical boxed release. The Limited Edition will include a colourful game manual and will be limited to 1200 copies on PS4. The Special Limited Edition will have 800 copies available for PS4 and will include a special box, game manual, posters, stickers other collectable goodies.

The Limited and Special Limited Editions will be available on the Stricly Limited Games online store.