In this guide, I will show you where to find the Killer View Ainigmata Ostraka tablet and where to locate the hidden reward.

Watch the video guide below, or read on for the text guide.

The Ainigmata Ostraka tablet can be found in Mt. Perntelikos Marble Quarry in Attika. The quarry is north-east of Greater Athens.

You will likely reach the quarry during the Kleon quest line, specifically the He, Who Stops side-quest.

The Marble Quarry has some location objectives to complete, including finding the Ainigmata Ostraka. There are quite a few soldiers to defeat and two Captains, so you might want to clear out the area so you can easily locate the Ainigmata Ostraka tablet. Depending on your bounty level, you might also have a mercenary nearby. I had two attacking me. 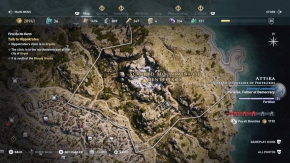 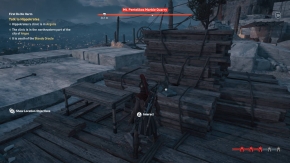 The Killer View tablet can be found in the western part of the Quarry, on top of a cliff thing with a wooden scaffolding-like structure on it. The Ainigmata Ostraka tablet is sitting on top of a pile of wooden boards, next to a table.

Cryptic clue and finding the reward

Trying to get the best view of the Akropolis? Some think it’s better from the temple of Hephaistos, but, if you head south from there, you can find me at an altar of offerings between two columns framing the view perfectly.

The Akropolis mentioned in the clue is Akropolis Sanctuary in Greater Athens. The clue also mentions heading south of the Temple of Hephaistos, but since this is a guide I’ll just tell you exactly where to go. 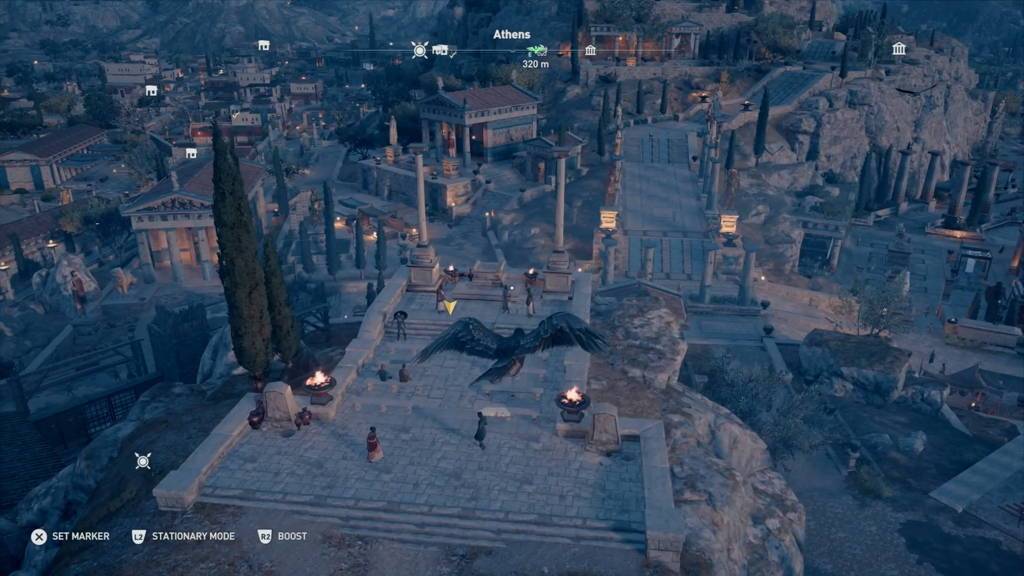 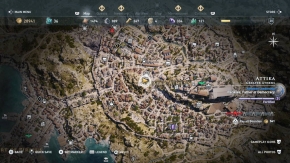 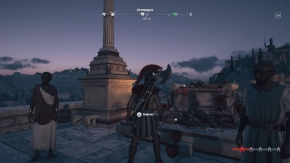 Once you climb up to the location with the two pillars, you will see the altar of offerings in between the pillars. The Killer View reward is sitting on the altar. Interact with it to get your reward, usually a new engraving.