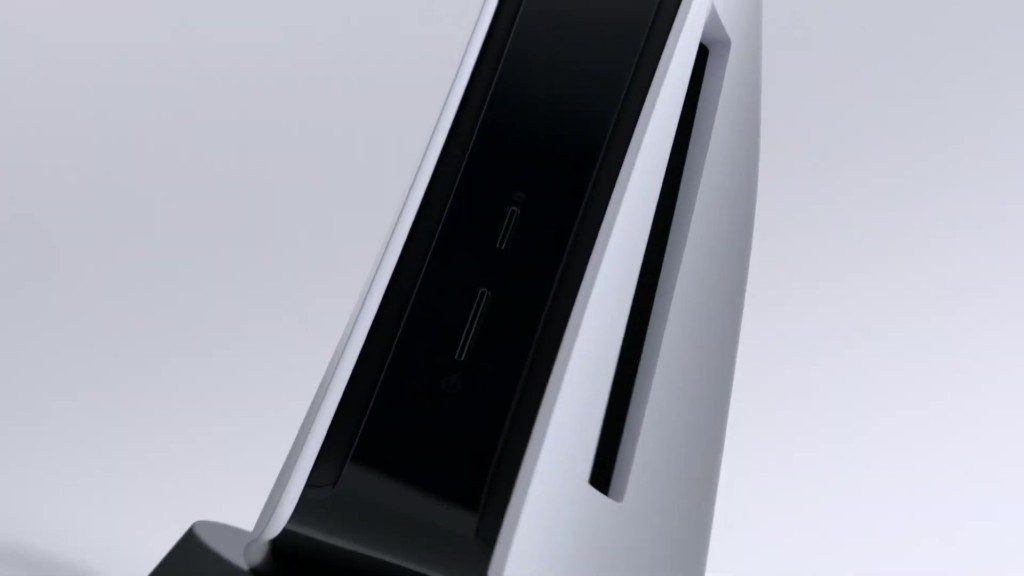 A teardown of the PS5 is something PlayStation fans have expected since Mark Cerny did his Road to PS5 talk back in March. Sony has been somewhat reluctant to show more fo the PS5 console beyond the design reveal at Junes Future of Gaming event.

However, the latest issue of How it Works, a science and technology magazine, apparently shows what the inside of the PlayStation 5 looks like. 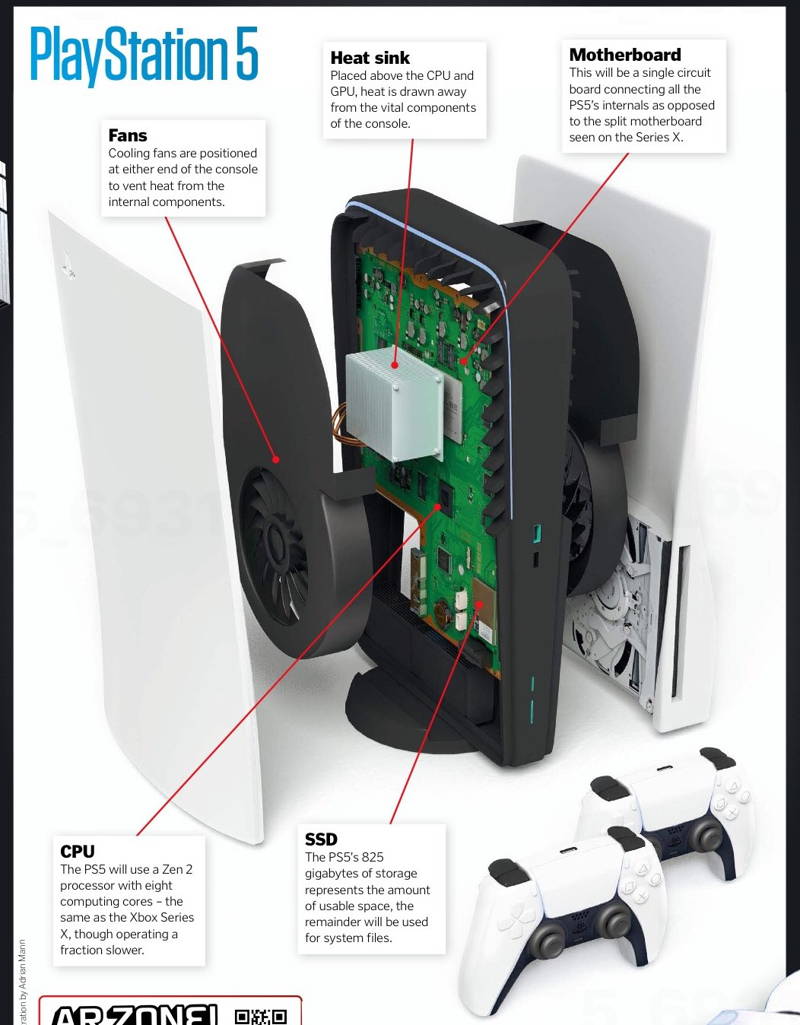 PlayStation fans on Reddit have pretty much denounced the image as fake, noting that the Heat Sink is not on the CPU and some Reddit sleuths have discovered that the motherboard shown in the magazine page looks suspiciously like the PS3 motherboard.

Although this image of the PS5’s internal hardware may well be inaccurate, PlayStation Fanatic can confirm that the PS5 internals image does indeed appear in the latest issue of How It Works magazine. 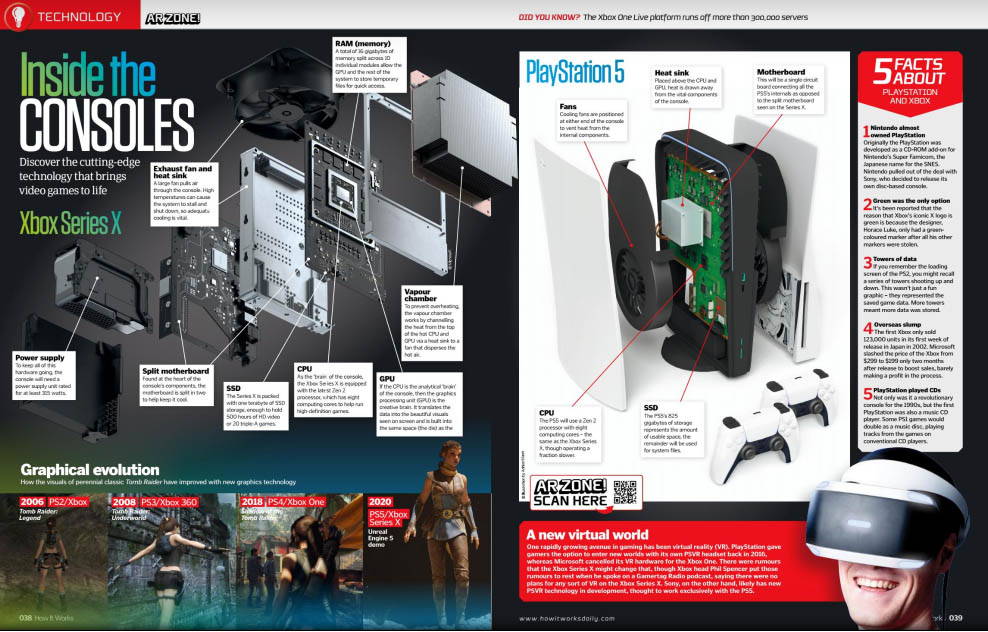 If you go to this website and then click the See Inside link, you can flip through the pages of the magazine to see their Inside the Consoles feature.

It would seem that if the exploded view image shown in the magazine is indeed not representative of the actual inside of the PS5, then it was probably created by the magazine for ‘illustration purposes’. Probably just to give readers an idea of what is inside a console.

For fans hoping to get a glimpse of what’s under the PS5 hood, it looks like you will be disappointed. It seems fairly certain that the image shown in the magazine is not official in any way. And was most likely created using patents, official console design images and a bit of guesswork.

If the magazine image does turn out to be even a wee bit accurate, then it might debunk the whole, PS5 removable side panels theory. As the picture shows the PS5 blu-ray disc version with the disc drive fitted inside one of the white side panels.