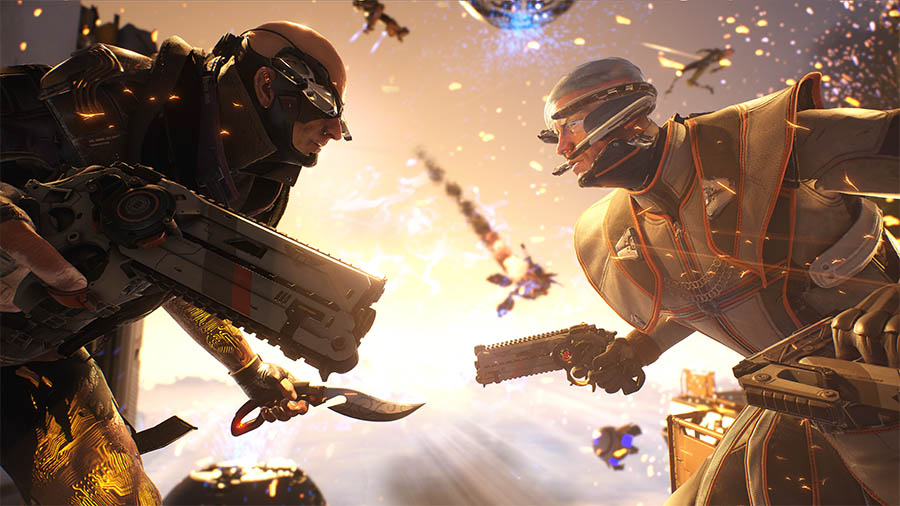 I was lucky enough to get invited to play the LawBreakers closed beta the other day I didn’t go in with any expectation whatsoever as I didn’t know much about the game, I was pleasantly surprised, LawBreakers is actually pretty good.

LawBreakers is a new multi-player first person shooter from some guy called Cliff Bleszinski, who apparently worked on such games as Unreal Tournament and the Gears of War series and a development company called Boss Key Productions.

LawBreakers is set in a futuristic world where the laws of gravity have been turned upside down. A war between the Law and the Breakers rages across such locations as the Santa Monaca coastline and a gravity ravaged Grand Canyon. 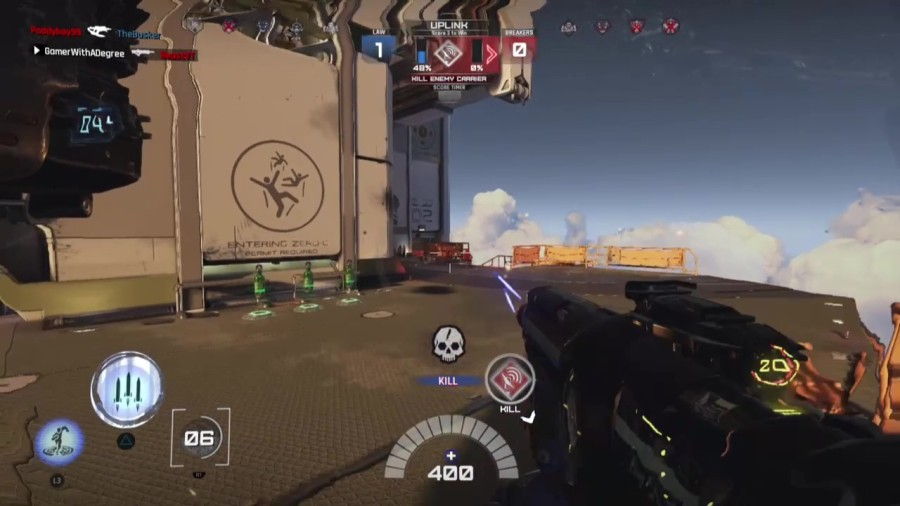 I have played two game modes so far on the beta, Uplink and Blitzball.

Uplink is a recent game mode added by the developers, essentially you have to compete against the enemy team for an uplink module which exists on the game map and use it download data to your teams base. Each needs to capture and hold the uplink in their base to complete a full download. The uplink can be stolen by the enemy team, so you have to defend it.

In Blitzball, the goal is to be the first team to score 8 points. You do this by capturing a ball that spawns on the map then taking it to a goal in the enemy base to score a point. You need to be fast though because when you are carrying the ball a timer will count down and you have to score before the timer reaches zero.

There is also a third game mode called Turf War, where at the beginning of each round the turf is under contention and must be captured to lock it down. The first team to capture 13 zones wins.

At the end of the game you are awarded stash-boxes which contain cosmetic items you can use to customise your character and weapons.

I found the gameplay to be really fun. It is fast paced and action packed and the lack of gravity makes for some really cool looking moves. You can jump and pretty much float in the air to try to get some awesome looking mid-air zero gravity kills, unfortunately I wasn’t good enough to be able to pull of such a feat.

Even with my lack of FPS skills, I found LawBreakers fairly easy to get in to, sure I died a lot but even in my very first match I managed to rack up a few kills, which is pretty impressive for me.

The devs have announced about 6 maps for the game so far, the ones I played on were no too big or too small, they where a pretty good size for LawBreaker’s fast-moving gameplay.

There a quite a few classes, or roles as they are called, to choose from which should mean you should be able to find a role which will fit your play style.

According to the game fact sheet there are nine roles you can choose depending on how you want to play( although I am certain there was only 8 in the beta. ) The roles available are;

I can’t help but think that the devs got some inspiration from Destiny when you look at some of the role name, the Assassin role even has weapons called Arc Blades.

I played as a Titan for a bit, the Titan’s main weapon is the Hammerhead Launcher that deals splash and direct damage. Yes, in this role you can actually run around with a f*cking rocket launcher as a primary weapon, how amazing is that?

I really enjoyed playing LawBreakers, the faster paced gameplay and anti-gravity mechanics really do make for some super fun moments. It certainly will be a good game to spend a few hours on if you’re getting tired of playing slow-paced, story heavy games.

LawBreakers for PlayStation 4 is due to be released on August 8th, it will also be PS4 Pro optimised.

You can find out more about LawBreakers on the official website at lawbreakers.com or the official YouTube channel.