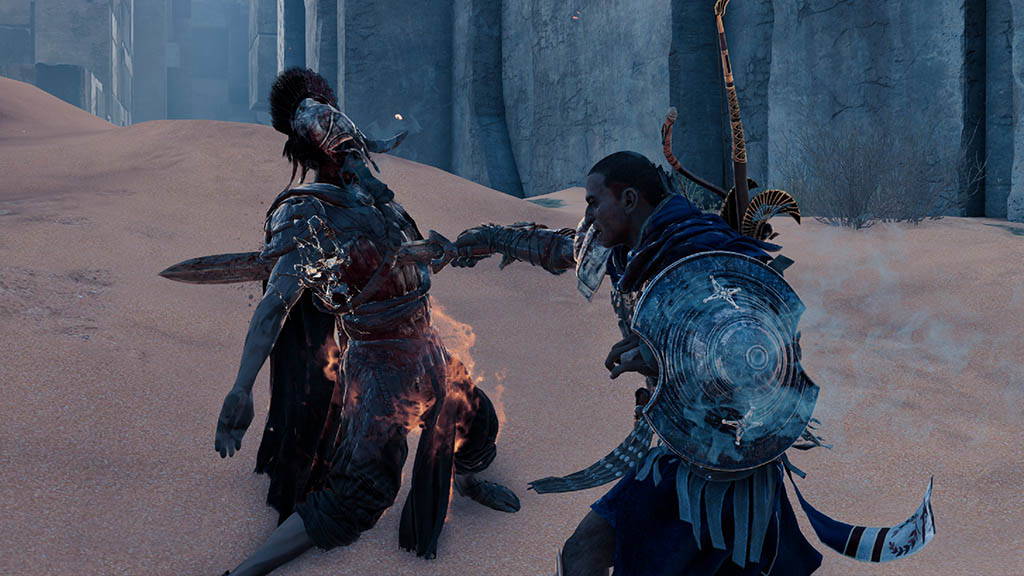 Turns out there was a quest and it’s called Lights Among the Dunes. I’ve not done a guide for this quest because when I got to play it I was really tired, I died about five times and some footage didn’t save so it was a bit of a disaster really.

The quest itself though was actually really, really enjoyable, although I did think it was pretty tough. 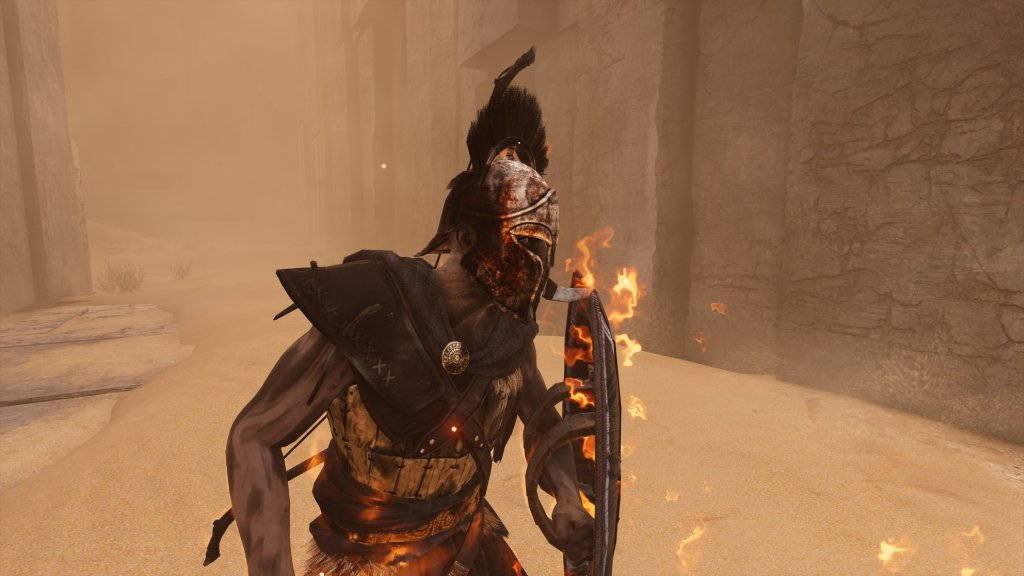 Lights Amongst the Dunes starts off with you approaching a man on the street who is rambling on about Thebes and how things beyong mortal understanding have been let loose on the streets. Once you approach this guy the quest starts proper and you get your first objective, which is to travel to the Desheret Desert near where the massive tomb and ancient mechanism is.

Once you get there you start to encounter these undead looking soldiers, or corpses dressed as soldiers. These guys where only about level 39 but where pretty tough at times, especially the ones who appeared to be on fire, if you got too close to them you would catch fire too.

Bayek eventually ends up in the large area where you went to activate the ancient mechanism in the main game and he meets an injured man called Parh who explains that he was in the tomb treasure hunting. He explains to Bayek that he came in search of the Lost Army of Cambyses but encountered these “corpses dressed as soldiers” when he removed a glowing object. 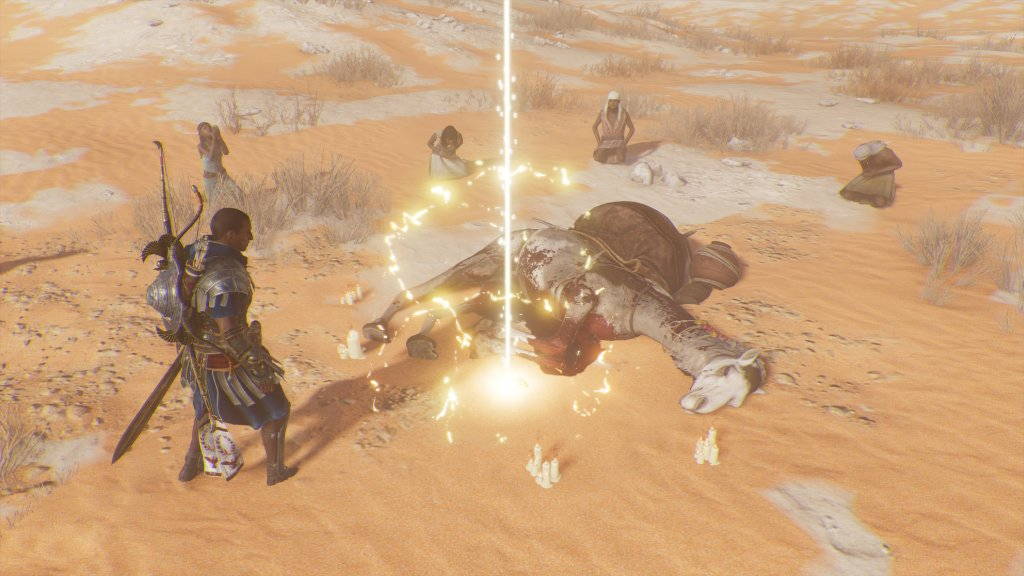 When Bayek reaches the Camel, he sees some normal looking folk chanting and performing some sort of ritual. The Camel lies dead witht he glowing object beside it.

When Bayek picks up the unidentified artifact, the seemingly normal looking fold turn a bit crazy and start attacking Bayek who has to defend himself. Once Bayek has disposed of the crazies he has to make his way back to the tomb to return the unknown artifact. On his way back he encounters more of the undead soliders, who are now riding on horseback.

Once back at the tomb, Bayek returns the unknown artifact and then even more of the undead soliders spawn. This is where it gets really tough. I think it’s actually impossible to fight off all of these undead soliders as after a while the eventually surround you and do so much damage that you die.

The game then loads a cut scene with bayek laying in a bed in a hut somewhere being looked after by some woman. The woman tells Bayek that when she found him he was muttering about the lost army and Bayek explains he was battling with soldiers who had returned from the Duat. The woman however thinks that Bayek may have been hallucinating due to the heat but does mention that strange rumours from Thebes are terrifying everyone.

The quest then ends.