Home / PS4 / What could the Lion Rampant mean on the Destiny 2 armour? 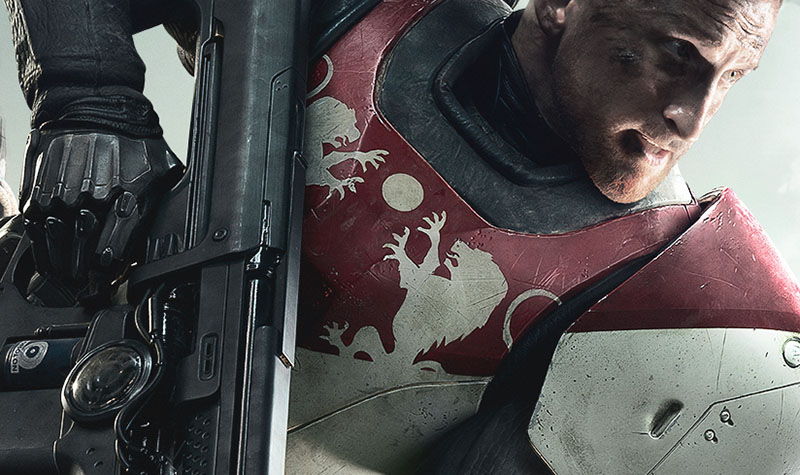 When Bungie released some Destiny 2 art, I couldn’t help notice the Lion Rampant on the Titan armour. At first I got really excited, thinking maybe there will be some Scottish connection in Destiny 2, but I doubt that is the case.

If you do a google search for ‘Lion Rampant’, the first results you should see are for the Royal Banner Of Scotland which features the Lion Rampant, this is why I thought there may be some Scottish connection in Destiny 2.

The Lion Rampant flag is an ancient Heraldic emblem of the King Of Scots and although the meaning of the Lion Rampant could vary depending on the family creating the coat of arms, it could possible mean things like strength, bravery and courage which would tie in well with Destiny.

Some fellow Destiny fans think that the Lion Rampant symbol and also the Snake and Eagle symbol for the Hunter and Warlock could represent new subclasses.

I believe this could possibly be somewhat accurate. Upon further research, I found that the image of the aggressive Lion or Lion Rampant has a history in the decorative arts of Persia and Turkey as a symbol of power.

This symbol of power could possibly mean a subclass or a new power that the Guardians may come to possess.

There is also some theories that the animal symbols could mean that we get to summon some sort of animal companion to help us defeat enemies in Destiny 2.

I would tend to believe that the symbols represent some sort of new power or they could just simply represent what the different classes stand for.

We will soon find out when the Destiny 2 live stream gets broadcast on the 18th of May.