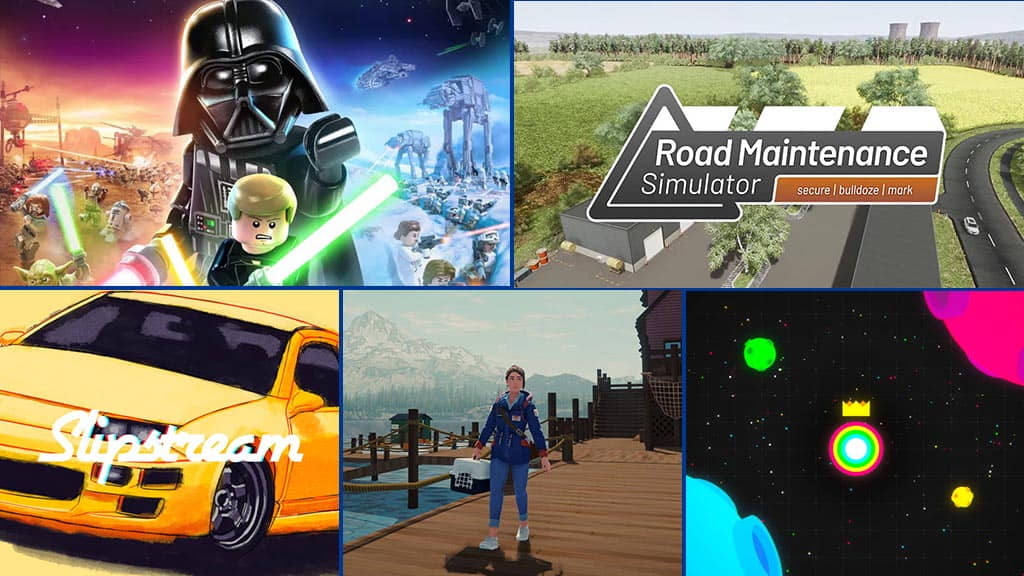 Another week choc-full of PS4 and PS5 games releases. The biggest release this week is undoubtedly Lego Satr Wars: The Skywalker Saga, which is launching on both PS4 and PS5 on April 5th. MLB The Show 22 is also coming out if you like baseball games.

Later in the week, there is Road Maintenance Simulator. If this game is true to real-life road maintenance then you’ll probably just put out some cones and then disappear for a few days leaving absolutely no road works getting done.

Then there is the interesting sounding Lake. Lake was previously released on Xbox and PC and now it’s getting a PlayStation version. In Lake, you play as a 40-something woman named Meredith, who has left her job in the big city behind and moved back to her home town. It sounds like the perfect game for relaxing and escaping for a while.

Check out the full list of PlayStation 4 and PlayStation 5 games releasing this week, from April 4th to April 10th 2022.

A note on release dates: game release dates are gathered from various sources including Amazon UK. So may not release on that specific date in all regions.

And that is all the PS4 and PS5 games releasing this week.