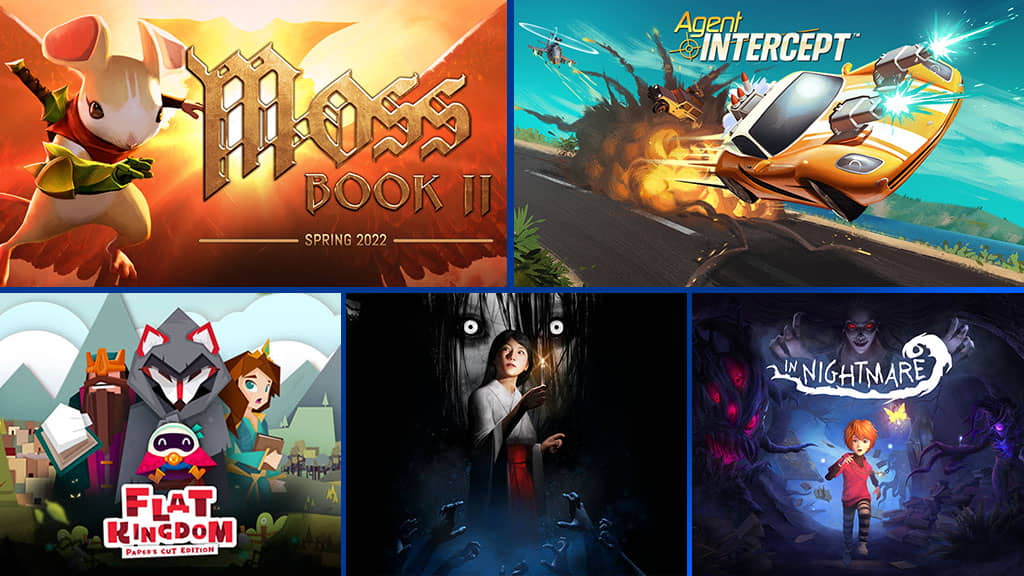 There is a decent amount of pretty interesting games released for PlayStation 5 and PlayStation 4 this week. Between the 28th of March and the 3rd of April games like top-down horror In Nightmare, Psychological Horror Akai, arcade spy racer Agent Intercept will all be out on PlayStation consoles.

Of course, cute little adventurous mouse Quill will also return in Moss: Book II for PS VR. That’s out on 31st March supposedly but I can’t find it on the PlayStation Store yet. I really hope it’s not getting delayed. Then there’s Flat Kingdom: paper’s Cut Edition, an action platformer with puzzle elements and Rock, Paper, Scissors style combat. it sounds interesting so expect a PSF Review of that one.

Yes, quite a number of tantalising PS4 and PS5 games indeed coming out this week. Check out the complete list below.

And that’s all the PS5 and PS4 games that are releasing this week. I’ll be playing some Flat Kingdom: Paper’s Cut Edition and writing a review. I’ll also be donning the PlayStation VR headset for some Moss: Book II hopefully.