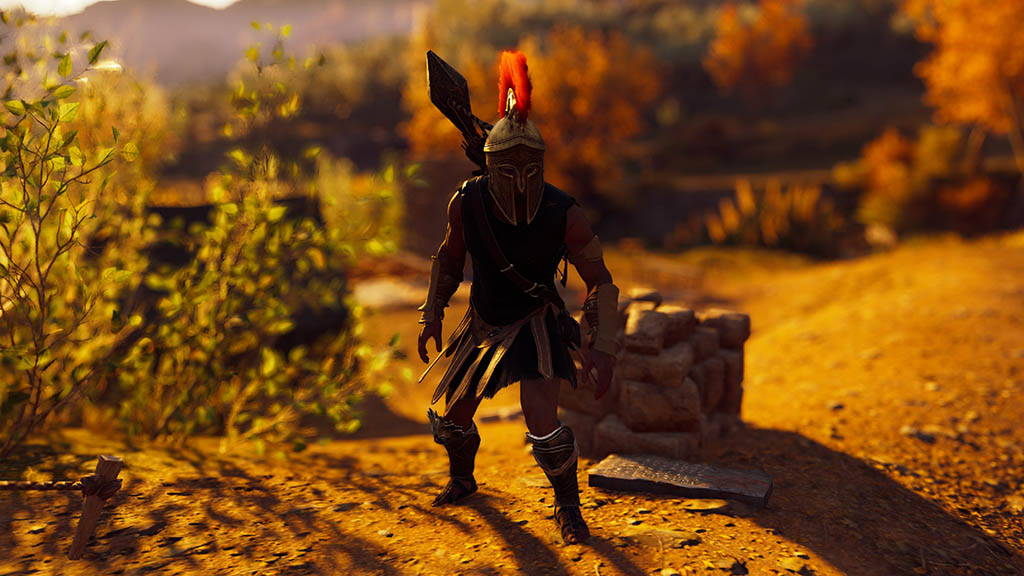 You can watch the short video guide below, or read on for the text guide.

The Pressed for Time Ainigamta Ostraka puzzle can be found in the Scared Lands of Apollo in Phokis at the location called Prometheus and the birth of Humankind. This location is east of Pilgrim’s Landing in Phokis. 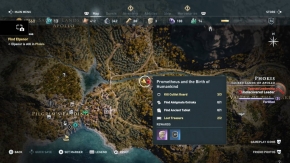 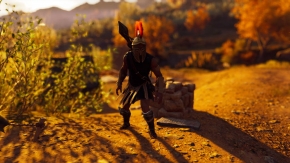 Once you are the location you will have a few enemies to deal with. Once you’ve dealt with the enemies, the Pressed for Time Ainigmata Ostraka tablet can be found near a small pile of bricks.

If you slip beside the Leader’s house in Pilgrim’s Landing, you can find me in a large bowl of Olives.

The cryptic clue for this one isn’t terribly helpful, but we know we need to go somewhere near the Leader’s house in Pilgrim’s Landing. 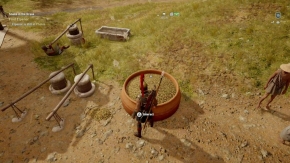 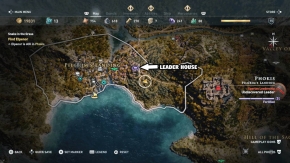 As the clue says, head to the Leader’s house in Pilgrim’s Landing. If you wander around slightly south of the Leader’s house, you should notice what looks like large wooden devices, with baskets of olives everywhere. I take it these are large olive presses, hence the name, Pressed for Time.

Walk around until you spot a large terracotta bowl filled with olives. The reward is hiding in this bowl.