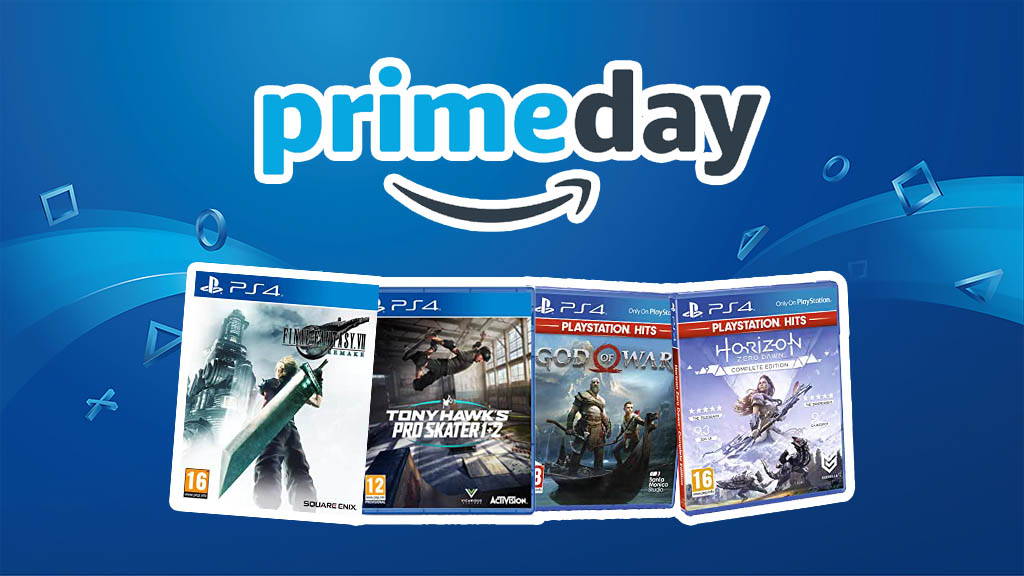 Amazon Prime Day is upon us, it lasts for two days, today and tomorrow. There are quite a few PlayStation deals to be had on PS4 games.

Pretty much all the PS4 games will also be playable on PS5 via backwards compatibility. Bonus.

The newly released Fifa is only £49.00 on Amazon right now and comes with 1050 FUT points. View on Amazon here.

If skate games are your thing then the remade Tony Hawks Pro Skater 1 + 2 is only £36.99 on Amazon’s Prime Day deals right now. View on Amazon here.

God of War was recently confirmed to be playable on PS5. The outstanding PS4 game from Santa Monica Studios is an absolute must-play. You can get it on Amazon right now for only £11.99. It will also be in the PS5 PlayStation Plus Collection. View it on Amazon here.

Final Fantasy VII Remake got some amazing reviews when it first released back in April. You can grab it for only £33.99 right now on Amazon. View on Amazon here.

The Batman Arkham collection gives you the definitive version of two classic Rocksteady Batman games, Arkham Asylum and Arkham City for only £19.96 right now. The collection also comes with all post-launch content for both games. Buy on Amazon here.

Horizon Zero Dawn is another must-play PS4 game. The game will be playable on PS5 via backwards compatibility and is well worth getting now to prepare you for Horizon Forbidden West on PS5. Horizon Zero Dawn Complete Edition comes with the Frozen Wilds DLC and is only £11.99 right now. Buy on Amazon here.

Uncharted 4 is another must-play PS4 exclusive from Naughty Dog. The game is confirmed to play on PS5 and is a must-have game for your collection. It’s only £11.99 right now on Amazon. Buy on Amazon here.

The Witcher 3: Game of The Year Edition (PS4)

The Witcher 3 will be getting a PS5 version at some point with a free upgrade if you own the PS4 copy. So now is a great time to buy on PS4 and get your free upgrade when the PS5 version lands. The Witcher 3 GOTY edition comes with all DLC content and is only £13.99 right now. Buy on Amazon here.

That’s my own personal selection of the best PS4 games available on Amazon’s Prime Day deals. There are a lot more PS4 goodies available for cheap right now on Amazon.