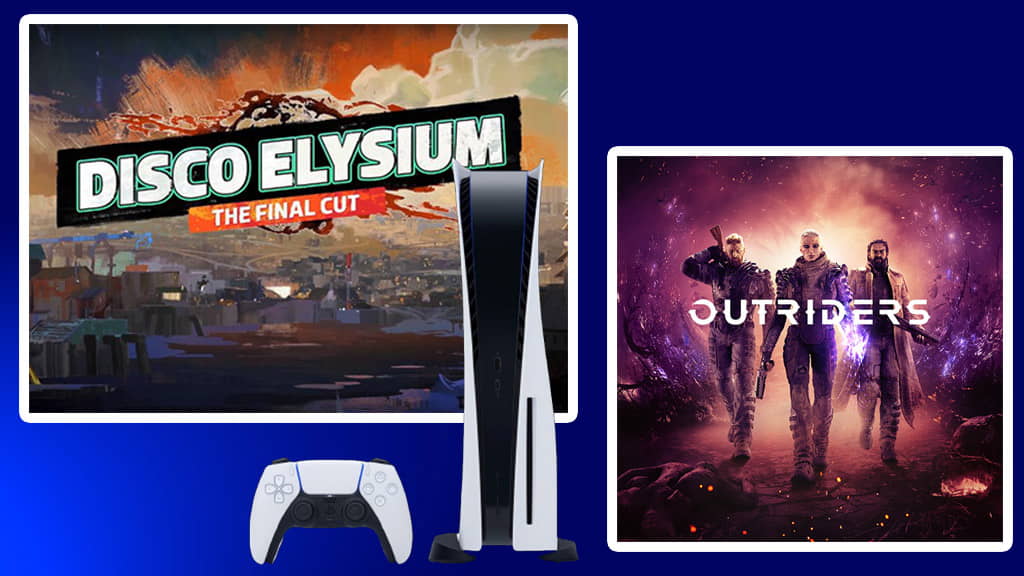 There’s not a lot of PS5 games coming out this coming week, which is probably just as well since the console is still pretty hard to get a hold of right now. And considering all the awesome PS Plus games we have gotten recently and the nine free games as part of PlayStation’s Play at Home campaign, there’s a ton of games to get through.

Thanks to backwards compatibility you could also play all the PS4 games that are coming out this week on your PS5. But, if you’re only interested in games with PS5 versions, here’s the two games that are releasing this week.

Disco Elysium – The Final Cut is a point and click RPG where you play as a detective out to solve a murder mystery. The Final Cut is an enhanced version of the original game which released in 2019 and includes full voice acting and extra quests.

Apparently, the game is pretty good and has received universal acclaim. It might be worth a shot if you’re looking for something a bit different from Fifa/COD/Fortnite, etc.

Outriders is a third-person co-op online shooter from developer People Can Fly and is published by Square Enix. The game can be played solo if you like but you might have an easier time teaming up with friends or using the in-game matchmaking.

I was kind of looking forward to outriders until I played the playable demo. In the initial trailers and gameplay, it kind of looked like a cross between Destiny and The Division but the demo put me off. I just didn’t like the movement and aiming mechanics all that much. It might be worth waiting for reviews and seeing if it drops in price a bit.

And that is the two games releasing this week that have specific PS5 versions. Your choice is between a point and click RPG detective game or a third-person looter-shooter. Take your pick.