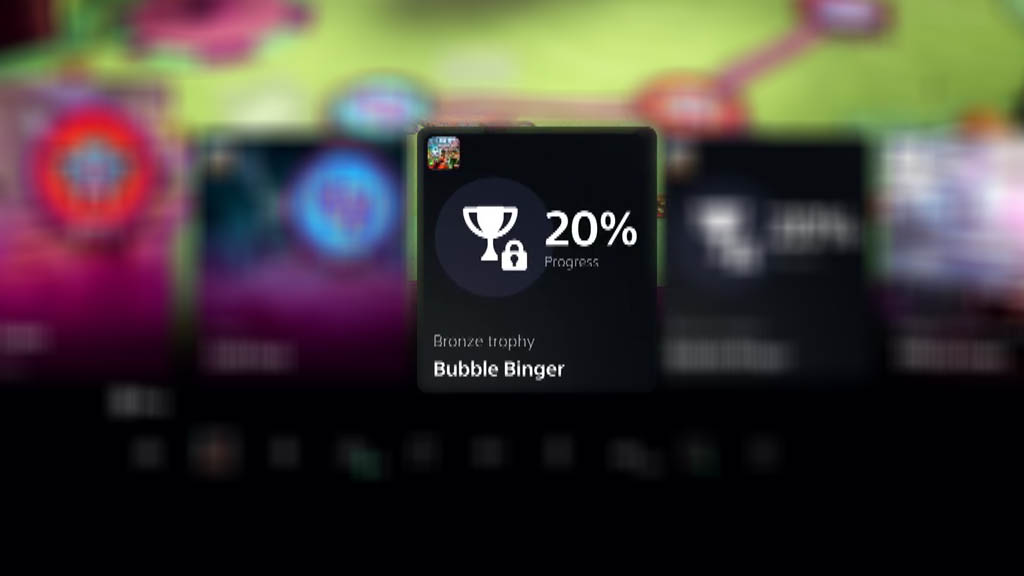 The PlayStation 5 User Interface has been revealed at long last. An 11-minute video walkthrough of some of the PS5 User Experience features showed that the PS5 interface is truly a next-generation experience. And it looks like PS5 trophies will be no exception.

Unless you were watching the video really closely, you may have missed a couple of other things that the PS5 UI reveal video showed us. Some PS5 trophies and how the PS5’s trophy tracking feature looks in the UI.

PlayStation recently made some major changes to the trophy system for PS4, which will also follow on to PS5. Among the changes to trophy levelling was a much sought after feature – trophy tracking. 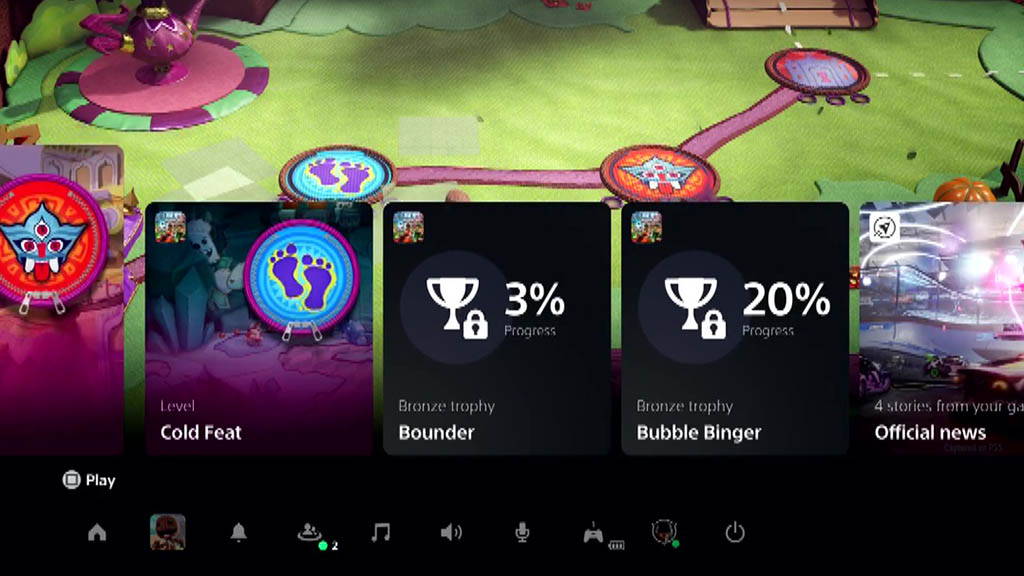 One of the main user interface and user experience shown during the reveal video was the PS5 Control Centre. The Control Centre consists of ‘cards’ which contain various game information such as activities, game news and trophy information.

In the screenshot above, we can see two trophies from Sackboy: A Big Adventure. Then trophies have a generic white trophy icon and a padlock icon next to them, showing that they are currently not unlocked.

As well as showing the new PS5 trophy tracking feature. The PS5 UI reveal video also gave us a sneak peek at four trophies from the two games shown in the video. Two trophies for Sackboy: A Big Adventure and two trophies for Destruction AllStars. 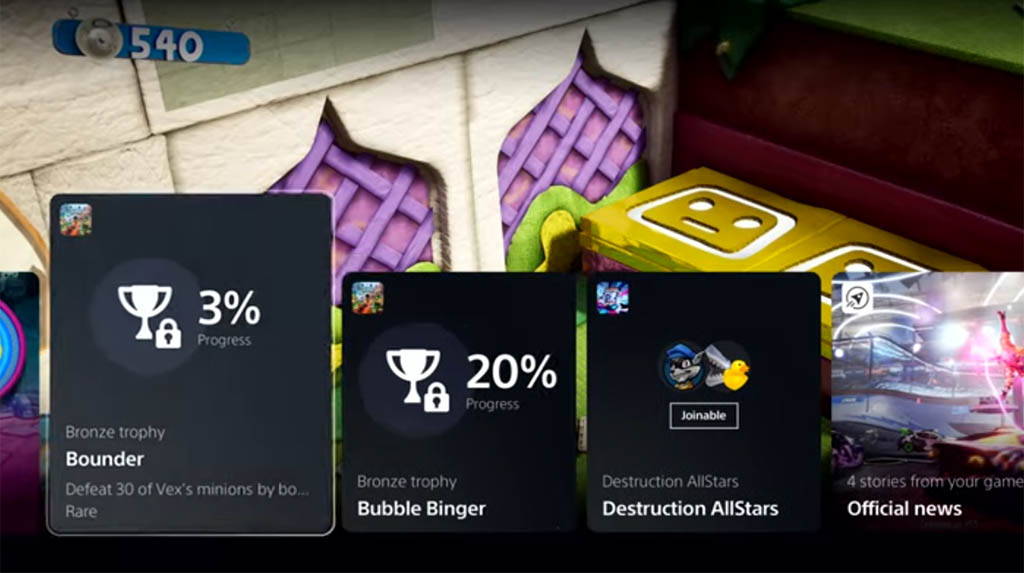 Sid Shuman skipped over the trophy cards fairly quickly but I was able to see partial trophy descriptions and some other info.

The two trophies for Sackboy: A Big Adventure are:

Only partial descriptions are seen in the UI reveal video but we do also see the trophy rarity. Bounder currently has a Rare rarity and Bubble Binger has a Very rare rarity. So people have been playing these games and unlocking trophies for them. 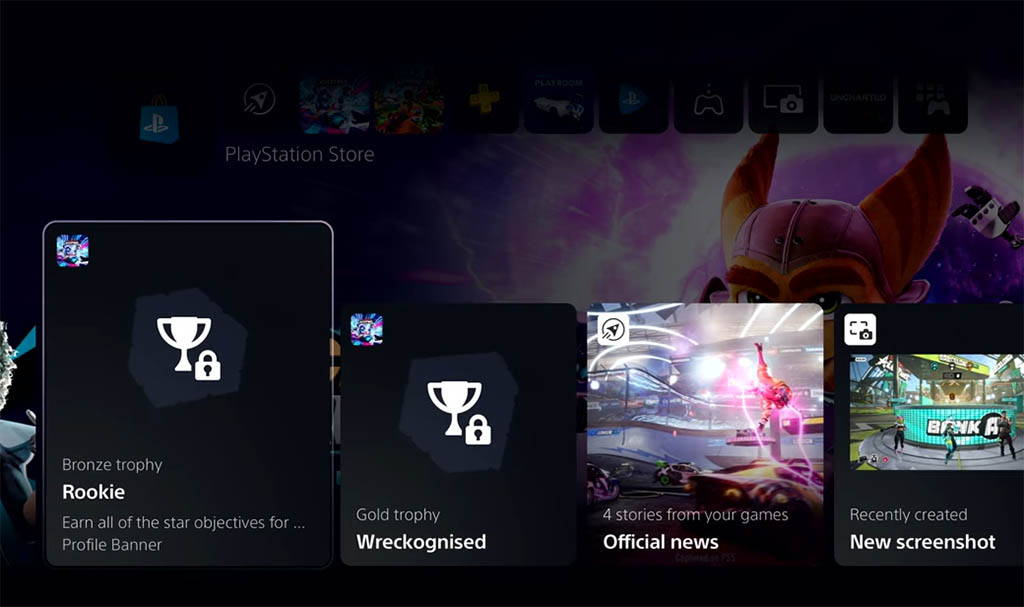 Unfortunately Mr Shuman hasn’t made any progress at all on the Destruction AllStars trophies but we do get to see partial descriptions.

Interestingly, the two Destruction AllStars trophies don’t show any rarity, posibly because no progress has been made yet? But they do have some other text underneath the description.

If this is indeed true, PS5 trophies would have a bit more meaning to them. They would no longer be there just for show or bragging rights but would reward you with actual digital items you can use. This would be a very welcomed feature.

It certainly looks like trophy hunting on the PS5 is going to be far more rewarding. And with the addition of the trophy tracking feature hpoefully a bit more easier for those more grindy trophies.