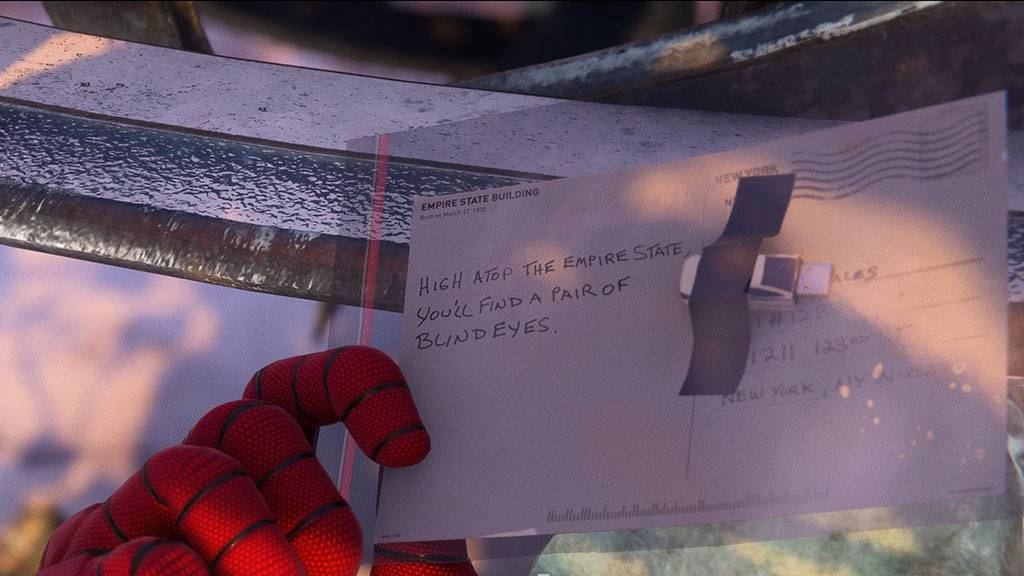 Collecting all the postcards in Spider-Man Miles Morales is needed if you want to unlock the Memory Lane trophy and get the Platinum. There are 8 postcards in total scattered throughout New York City.

The postcards are like a scavenger hunt, each one you find gives you a clue to the location of the next one.

Spider-Man: Miles Morales – Where to find all the postcards

Here’s how to start the postcards side quest for the Memory Lane trophy and where to find allt he postcards.

You will get the first postcard after finishing the main game. Go back to Miles’ house in Harlem, go to sleep and when you wake up you will find the postcard in Miles’ room. It will give you the clue on where to find the next one.

The clue to finding this postcard reads:
Happy Birthday, Miles! Ready for the best scavenger hunt ever? Here is the first clue: facing the park, with the world on our shoulders, we guard the next clue.

This postcard can be found at the Natural History Museum in the Upper West Side Area of the map. See the screenshots below for the location. The card can be found next to a metal statue of 4 people holding up a globe on their shoulders. (“with the world on our shoulders” part of the clue.) 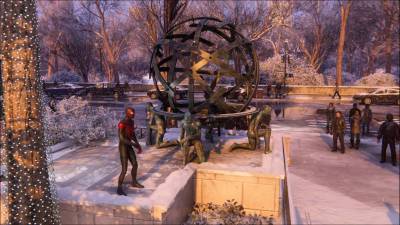 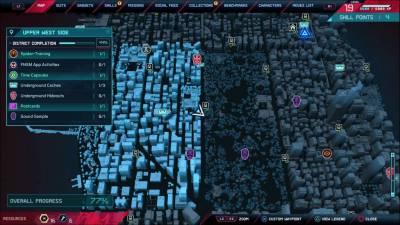 The clue to finding this one reads:
High atop the Empire State, you’ll find a pair of blind eyes.

This postcard can be found at the top of the Empire State Building in Midtown. It’s on the viewing platform with all the binocular things. It can be found on a pair of Binoculars that has an out of order sign on them. (“pair of blind eyes.) See the screenshots for the exact location. 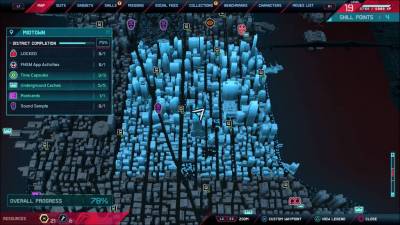 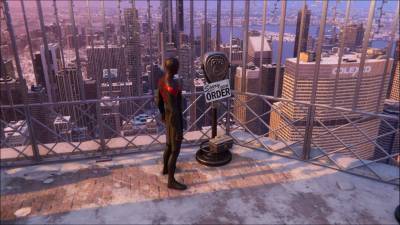 The clue to finding this one reads:
Find the fossil hidden among the modern. Don’t forget to look up!

This postcard is located about halfway up the Modern Art Museum building in Greenwich. The fossil mentioned in the clue is located on a balcony. The postcard can be found on top of the fossil/shell looking thing. 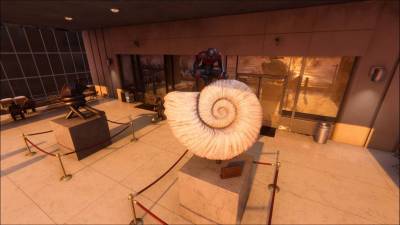 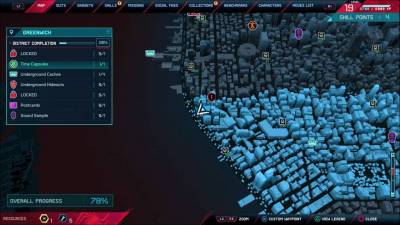 The clue for finding this postcard reads:
Where money is king, you’ll find great tunes, hanging among the lights.

This postcard is located in an area with lights hanging from ropes and some graffiti. You will see a ladder lying against the wall and a speaker next to the ladder. The postcard can be found on top of the speaker. See the screenshots below for the location. 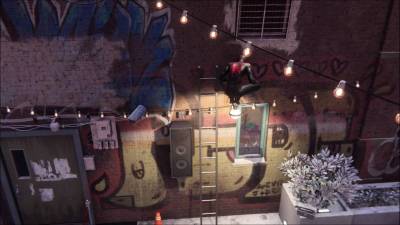 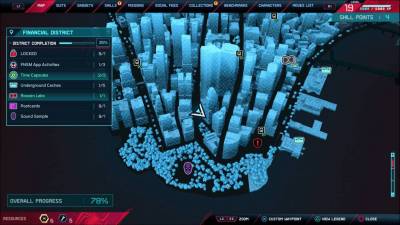 The clue to finding this postcard reads:
Nestled beneath Stuyvesant lives a monster of a good meal.

This postcard is located in Chinatown at Lobster Bill’s Seafood Restaurant. The postcard can be found on top of the big Lobster sign above the restaurant. See the screenshots below for the location. 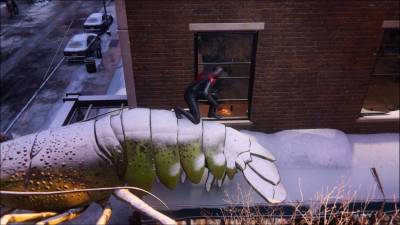 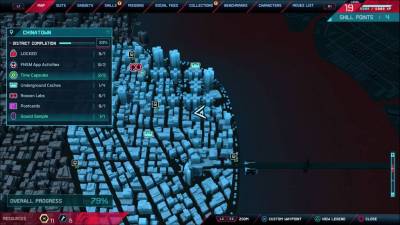 The clue for finding this postcard reads:
No letter enters this artsy castle without stopping at the gate.

The seventh postcard is located in the Upper East Side, at a castle looking building as mentioned in the clue. The postcard can be found attached to a red letterbox on the front gate of the building. 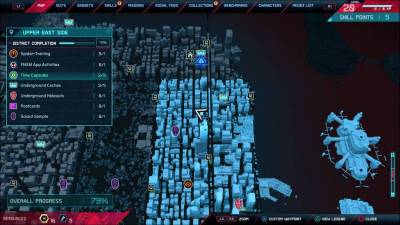 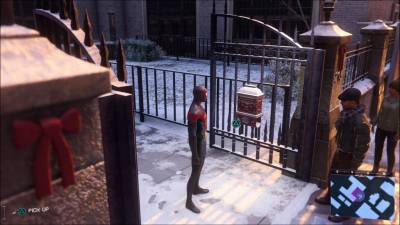 The clue for finding this postcard reads:
Beneath the hoop where you learned to fly, your journey comes to an end. 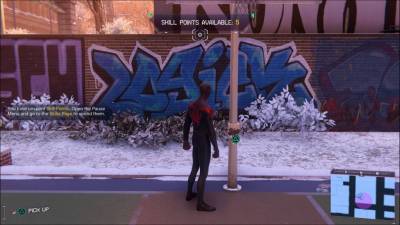 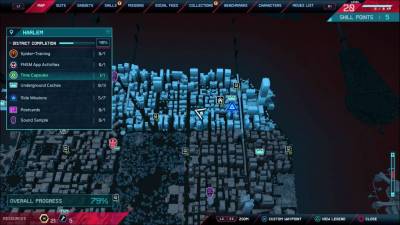 And that is the locations for all 8 of the postcards that can be found in Spider-Man: Miles Morales. Once you have found the last one, the Memory lane trophy will unlock.