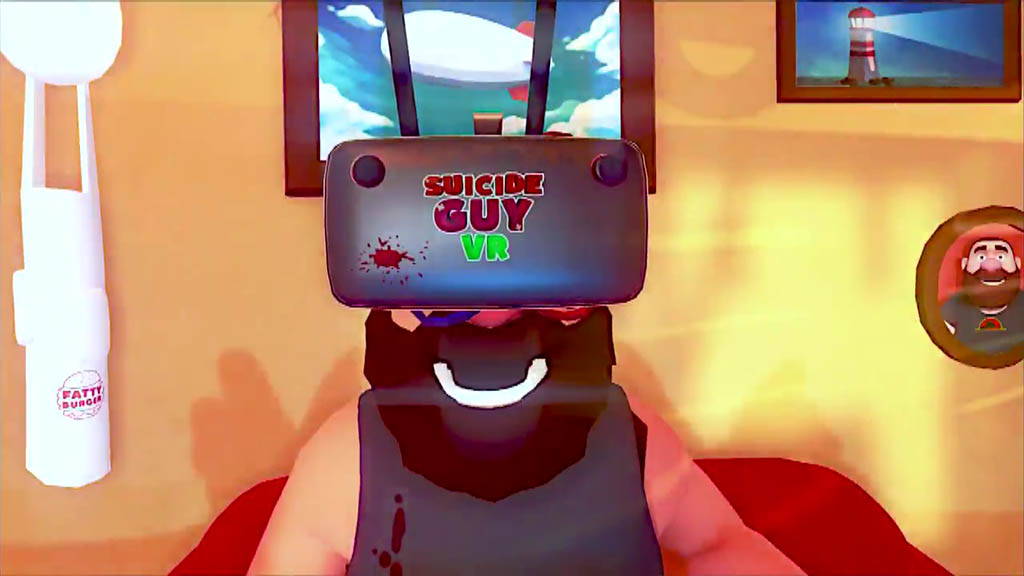 Suicide Guy VR, the game which requires you to kill your in-game character over and over again has gotten a shiny new trailer and is coming to PlayStation VR. The indie game developed and published by Chubby Pixel is a VR version of the original Suicide Guy game and features some exclusive VR levels.

Check out the dreamy new trailer below.

The trailer for Suicide Guy VR shows a little of what to expect in this upcoming first-person puzzle game.

There is a cool looking level where your character is riding on top of a speeding train and one where your guy is driving a car in an attempt to kill himself and wake from his dreams. There is also a level where Suicide Guy seems to be tempting a Goose with a bell. Possibly a parody of Untitled Goose Game.

Suicide Guy VR was teased by the developer about a week ago and now they have released a trailer and are getting ready to launch the game.

If you haven’t played the original Suicide Guy it is a really fun game with some tricky puzzles to solve. The VR version looks set to be even more fun with the added immersion of Virtual Reality.

In the original Suicide Guy, you had to interact with the elements of each level in order to kill yourself. So you could pass on to the next dream level. Being a first-person puzzle game, Suicide Guy seems really suited to VR, luckily for us the developers thought so too.

When is Suicide Guy VR releasing on PlayStation VR?

I wanted to know this as well. In a recent Tweet, the developer has said that the game will be releasing on Steam on July 24th. I asked if the PS VR version would release the same day.

for PS VR will come a bit later (the next month)

So keep an eye on the PlayStation Store during August and get ready to go kill yourself in Virtual Reality. Don’t worry you won’t die in real life though. Probably. 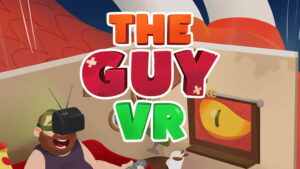 The Guy VR Deluxe Is Coming to PlayStation VR2 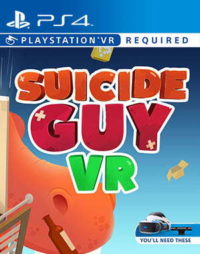