Home / News / Superfan BlueGreen a Game About the Sillier Side of Console Wars Announced for PS5, PS4 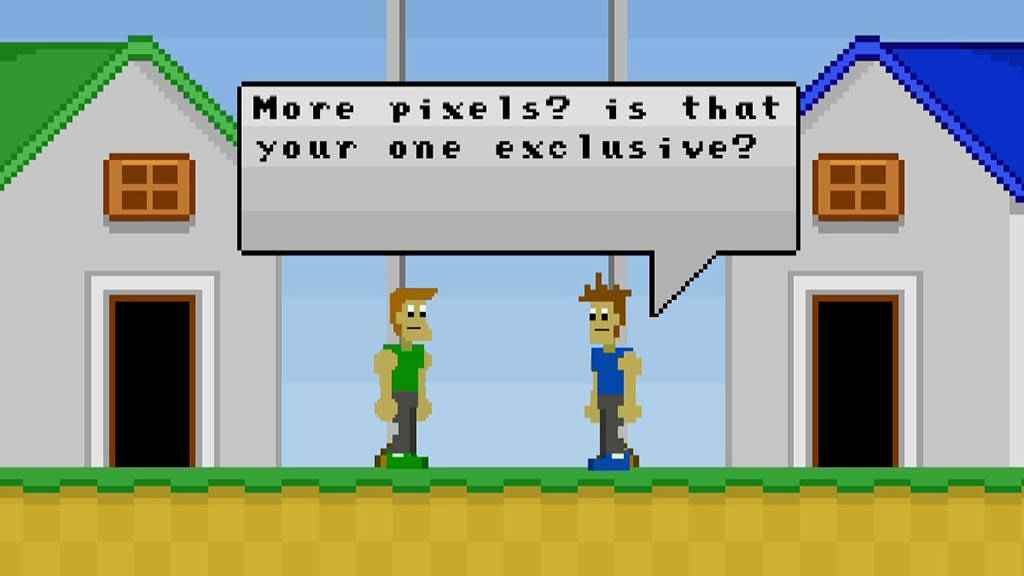 We’ve seen our fair share of console war and fanboy shenanigans from both sides in the lead up to the launch of the two next-gen consoles. With Xbox fans hammering on about Teraflops and us PlayStation fans harping on about the PS5’s SSD. Now, developer Dynamic Voltage Games is taking on the sillier side of the console wars, and parodying gaming in general, with their latest game, Superfan BlueGreen. 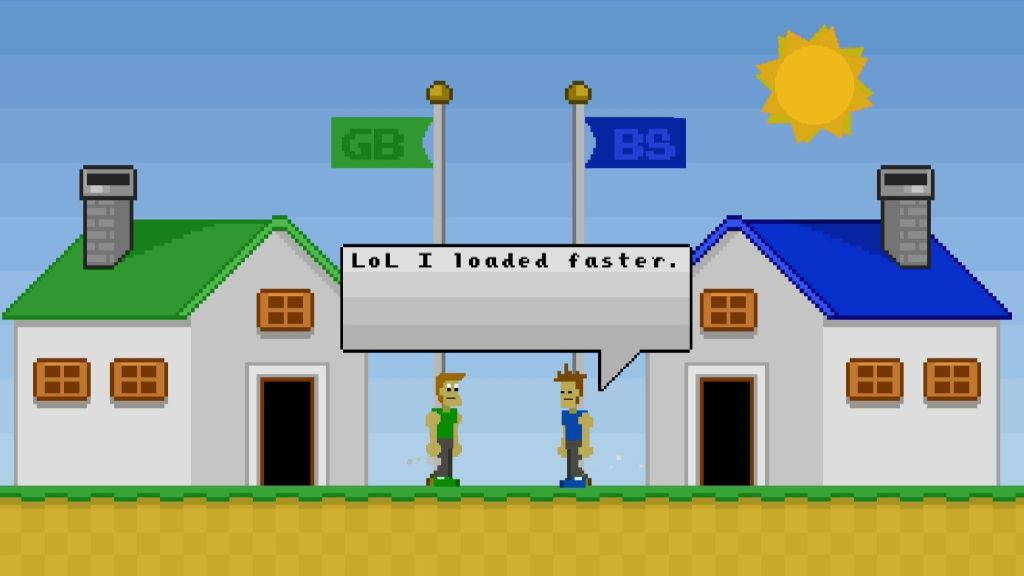 According to the developer, Superfan BlueGreen is a trek through the history of gaming. The player will experience a multitude of gaming genres as the fanboys of team blue and team green hunt down the decorative orbs that an evil Wizard has stolen.

“It’s a parody of the industry, but also a homage. I wanted to remake all the games from my childhood, but that would take too long, so I figured it would be easier to just throw them all into one game.” The developer says in their press release. 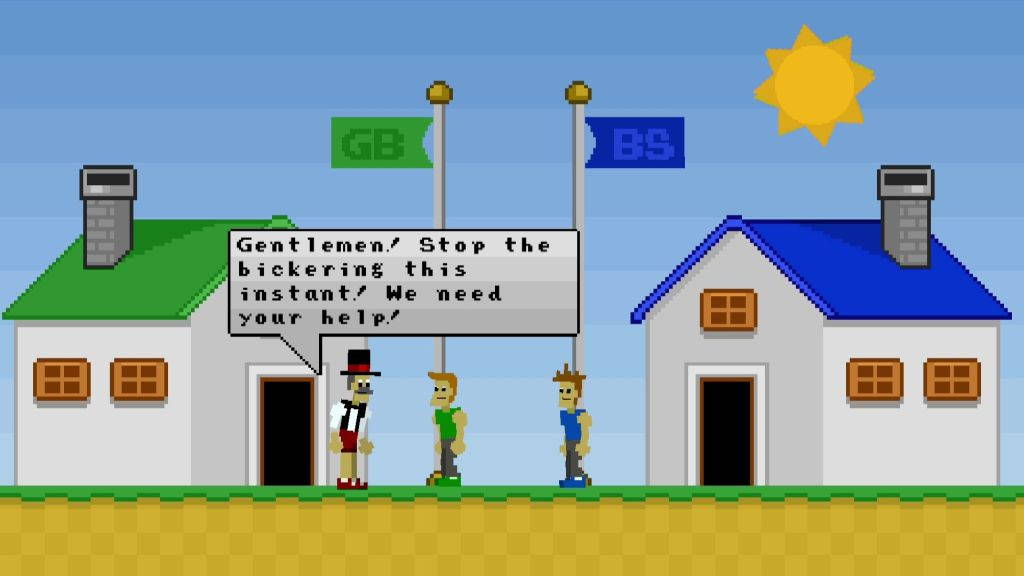 Superfan BlueGreen – Taking on the more annoying side of gaming

Superfan BlueGreen isn’t just about console wars and fanboys. The developer wants to take on the annoying things about gaming, while also parodying the state of games and the gaming industry.

One example the developer gives is tacked-on multiplayer. In one level of the game, you have to tackle a very tacked-on and rushed gameplay mode. The level features intentional glitches and exploits you have to use to complete the level.

The developers also poke fun at a few other things that gamers have come accustomed to. Microtransactions, loot boxes, fetch quests and even trophies and achievements won’t escape the relentless parodying in Superfan BlueGreen.

Pre-Alpha gameplay that might be better than the finished game

Dynamic Voltage Games has released three minutes of pre-alpha gameplay footage. You know they are definitely not taking things too serious with their humourous disclaimer at the very start of the trailer.

Superfan BlueGreen is due to release in early 2021 and will be hitting PS5 and PS4 as well as that other GreenBox console which apparently has some extra teraflops but doesn’t have any exclusives. 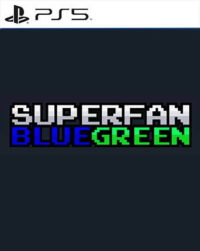