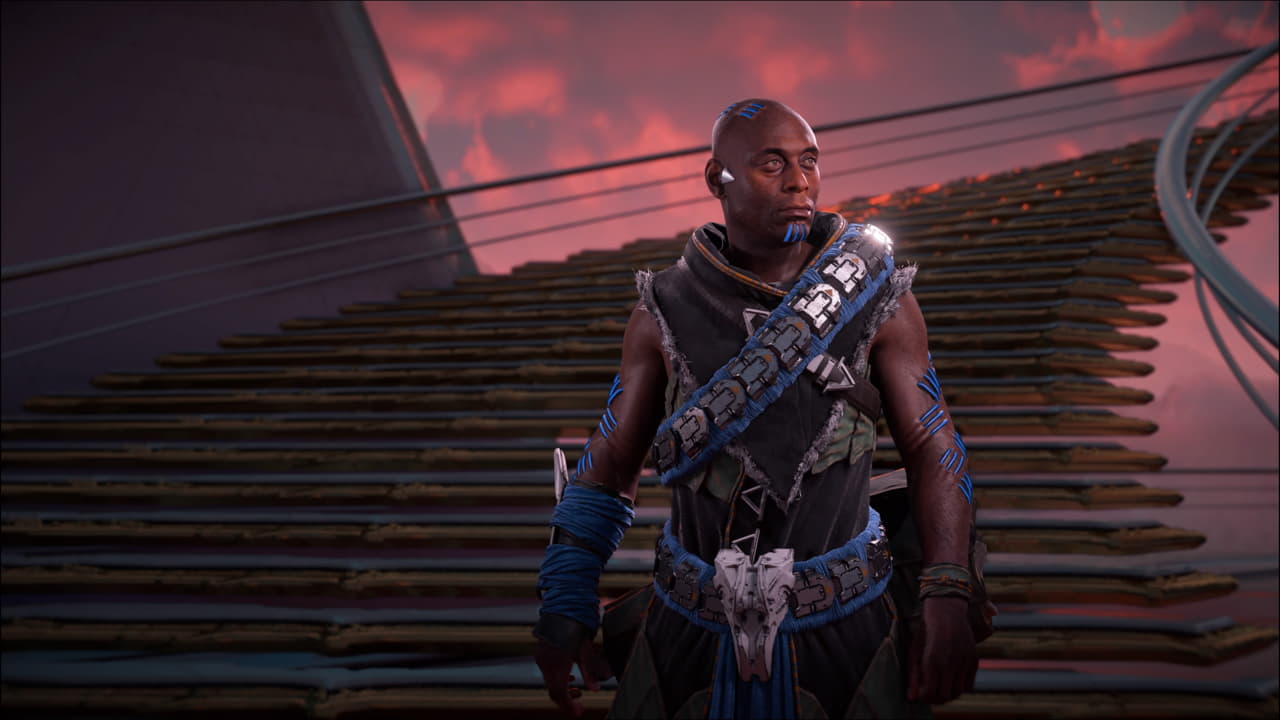 It was pretty much inevitable that Horizon Zero Dawn would receive a major DLC at some point. Now Sylens actor Lance Reddick has pretty much confirmed that an expansion is in development.

In a now-deleted tweet, the Sylens actor posted that he was “Hard at work…in a session for Horison Forbidden West.” You can see a screenshot of the deleted tweet below, courtesy of u/throwmeaway1784 on r/gamingleaksandrumours.

The tweet and accompanying video show the Sylens actor with Motion Capture markers on his face. So it appears that he is doing some motion capture work for this upcoming Horizon Forbidden West DLC.

No official announcements by Sony or Guerrilla Games have been made about a DLC for Forbidden West. But Horizon Zero Dawn did get The Frozen Wilds seven months after it launched. It doesn’t;t look like we will be getting a Horizon Forbidden West DLC this year though, especially if motion capture work is still being done. But it’s safe to say that it will likely launch at some time next year.

Horizon Forbidden West was released on February 18th this year and has seen high praise from fans and critics alike.