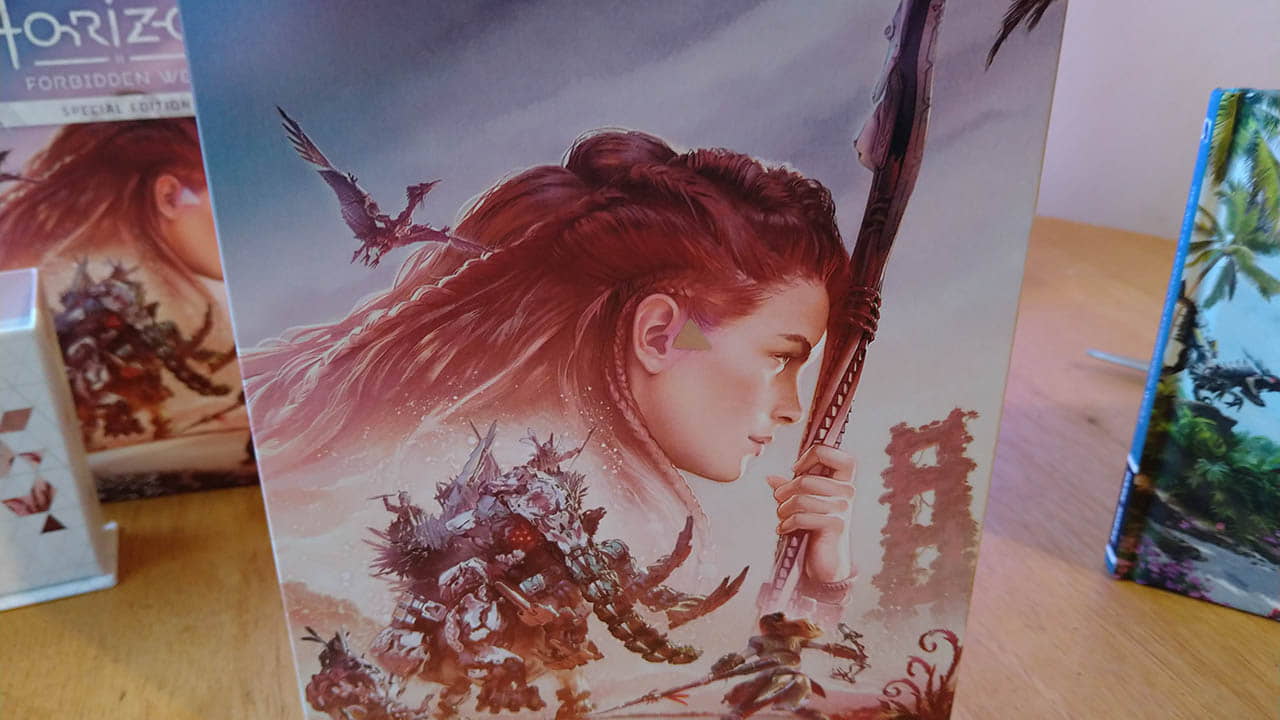 I pre-ordered the Special Edition of Horizon Forbidden West and thought I would share my thoughts on it.

For your £79.99 the Horizon Forbidden West Special Edition will give you the full game on disc. A really nice SteelBook to keep the game disc safe and a smashing artbook that shows a ton of art from the game.

The entire Special Edition is housed in a thick cardboard box. The base part of the box also doubles as a nice little display/holder thing for the SteelBook case.

Of course, the Special Edition also comes with free digital content, namely the Nora Legacy outfit and spear. You’ll probably use this free digital content for 10 minutes then equip some better gear. You also get a downloadable digital soundtrack which is nice.

The Horizon Forbidden West Special Edition is OK for the money. For just an extra £10 over the price of the base game, you get a lovely StelBook and art book and a nice cardboard box adorned with game art to pop on your shelf.

Definitely worth the extra £10.