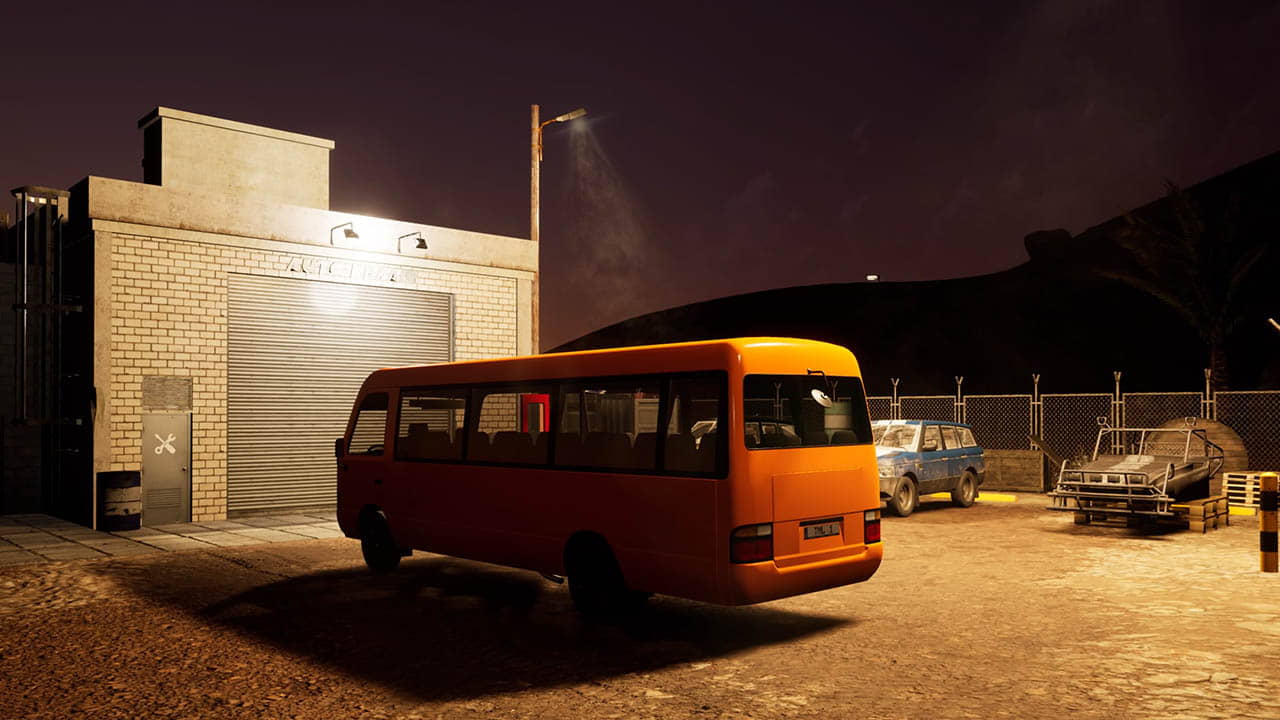 Tourist Bus Simulator PS5 Review – Has Potential But Too Many Issues

Tourist Bus Simulator is a simulation and management game that takes place on the Spanish island of Fuerteventura. You arrive at the airport and are tasked with essentially building up a Tourist Bus company. To become a successful business, you can buy buses, hire drivers and take tourists on scheduled trips and sightseeing tours.

Tourist Bus Simulator was released on PC in 2018 and the general premise of the game seems perfectly fine. Drive buses around, buy new buses and build up your company to be successful. Unfortunately, though, the game seems like a fairly bad port to console and thus comes with several issues.

Before I get into the problems I encountered I will first say that there were some good points about Tourist Bus Simulator on PS5.

The Driving Is Nice

Firstly, before you even get to drive a bus, you have to drive your own car from the airport to your new company offices. The first thing I noticed was that the driving mechanics were pretty solid. Driving feels quite realistic and responsive. The vehicles are also nicely detailed both on the outside and the inside. The dashboards for example are well detailed and feature what you would find in a real bus I presume.

There are different control options that you can choose when you start the game: Basic controls, which are simple driving controls (R2 to accelerate, L2 to brake) and advanced controls. The advanced controls mean you have to go into the game’s cross menu to change gear (into reverse for example), release the parking brake and turn on the engine.

There is also a custom control option where you can check some boxes to have basic controls for some things and advanced for others. I liked the advanced controls and it did make driving and operating the vehicles seem more realistic but my main playtime was spent on the basic controls. Because I am a bit of a noob at simulation games.

The Graphics and Island aren’t too bad either

Tourist Bus Simulator is built on Unreal Engine 4 and although the graphics aren’t of AAA game quality they are pretty nice. The vehicles look great and as I said are pretty nicely detailed. The island also looks great with good amounts of detailing on the buildings and texturing on the landscape elements.

The island of Fuerteventura also seems pretty large, probably not the biggest of game maps but is of an adequate size where it does take a reasonable amount of time to drive from one place to another. The developers have also done a great job with the sound in the game. When driving down a highway you can hear the whooshing sound as other cars and vehicles pass you. It does give you the sense of driving down the open road.

The Not So Good Parts

Although my playtime with Tourist Bus Simulator was relatively short owing to the progressions problem I faced, I did notice some other problems with the game. I can only imagine I might have found even more issues was I able to progress further and play longer.

The main negative I had with this game was the fact that I seemingly couldn’t progress further than the “The First Trip” mission. I detailed exactly what the problem was in my preview article so I won’t bother going into detail here. But needless to say, I couldn’t get past this particular mission. Whether it was a glitch or me just being completely dumb I am not entirely sure. But the game didn’t provide any hints or prompts or any other information that may have helped me figure out what was going wrong.

I also contacted the developer via the PR rep about the progression issue. But they were unable to provide any information that could solve the problem. They also stated that there was a patch (launch day patch) but there was no update for the game on PS5. I was still at version 1.000.000

A Seemingly Poor Port That Has A Few Issues

As I mentioned previously the game just seems like a bad port of the PC version. Sure the UI has the PlayStation button icons, but the game menus, in particular, seem like they are probably more suited to a keyboard and mouse rather than a DualSense controller.

There were also a few glitches during my short playthrough. At the start of the game whilst in the airport, I noticed that when I walked up to a certain area that part of the building would disappear and I could see outside. Like the graphics just de-rendered. There were also other graphical glitches present in the game. I (and other players who commented on my YouTube videos) have noticed some pop-in. And also Things like blank black patches on paths and missing doorframes.

Who Knew You Could Do GTA in Tourist Bus Simulator?

In one of my early restarts of the game to try and fix the progression issue, I also somehow managed to flip my car on its side after a crash. This seemed to break the game a bit. I could enter and exit the car but could not see a way to get the car upright again. Thus leading to yet another new game. During this crazy flipped car incident, I was able to see under the map and even was able to “steal” another car and drive it. Albeit the camera angle was a bit weird, so I am pretty sure you are not supposed to be able to “steal” another car. Check out the video below to see what I mean.

My last major problem with the game was the sun. The sun was way too bright. Driving in the direction of the sun during the day pretty much makes you blind and you cannot see anything in front of you. There also seemed to be no sun visor option. It wasn’t just the sun though, certain areas at night were far too dark so the game definitely has some lighting problems as well.

Tourist Bus Simulator certainly has all the makings of a great simulation and management game with some great driving thrown in. Unfortunately, I just found there to be too many problems, with the biggest being the progression issue I faced. The game does seem to have a lot to offer but sadly the glaring issues let it down badly. There is certainly enough in the game to keep someone playing for hours and hours. Trying to build your business into a booming success does look like it would be pretty fun. But sadly it really does seem like a bad port from the PC version. And even though I only managed to play the early stages of the game, there were too many issues for me to be able to recommend it.

Tourist Bus Simulator is out now for PS5.

Tourist Bus Simulator certainly has all the makings of a great simulation and management game with great driving thrown in but is let down by a plethora of issues on PS5. From the many graphical problems to some progression problems and a not so great UI, Tourist Bus SImulator sadly seems like a bad port of the PC version. 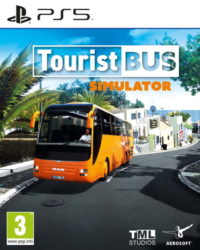