Home / Guides / Trials of the Gods has Returned, Here’s my Tips for Beating Sekhmet 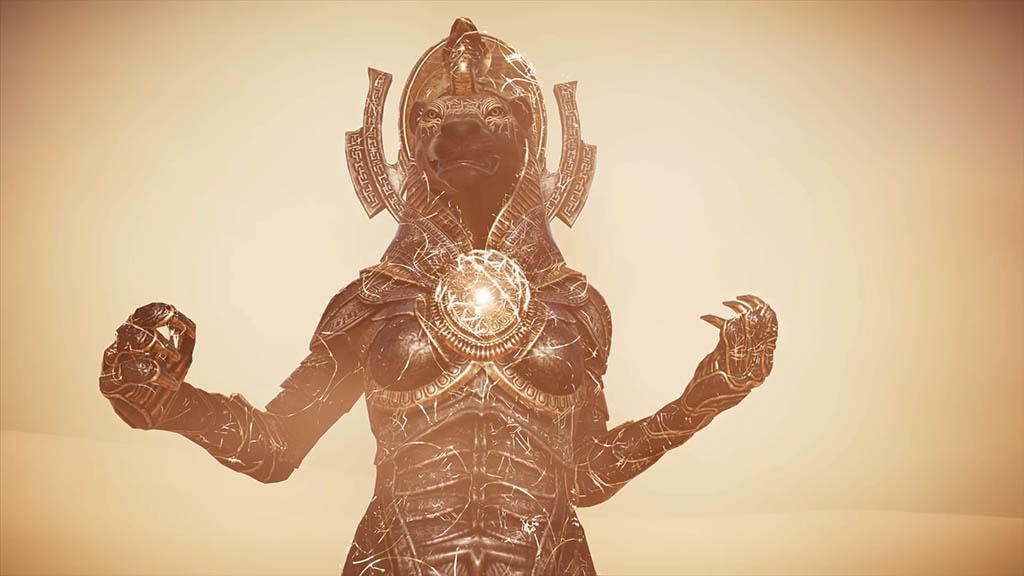 Trials of the Gods has returned to Assassin’s Creed Origins. This time it’s Sekhmet we have to defeat. Sekhmet is a fairly tough opponent and all her attacks are fire based.

Sekhmet is a solar diety, this is probably why all her attacks have something to do with fire maybe. She is the Egyptian God of divine retribution, vengeance, conquest and war, a warrior Goddess. But she’s know match for Bayek the famous Medjay. 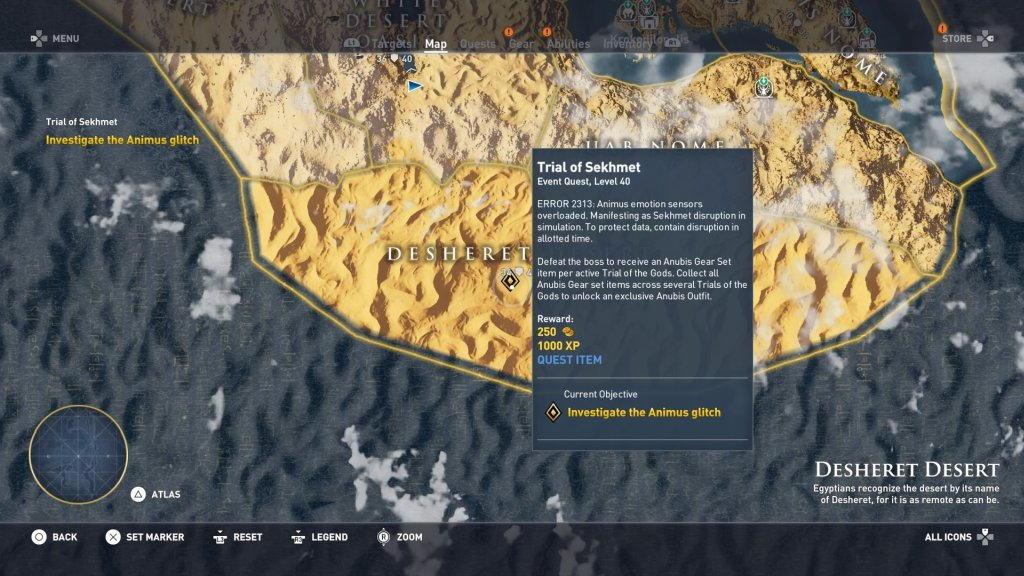 The Sekhmet Animus glitch can be found in the Desheret Desert. The nearest fast travel point is quite far away so you’ll have to do a bit travelling to get there.

Picking the right tools for the job is essential to beating any of the Egyptian Gods. I went with pretty much the same loadout I used for the previous two Trials of the Gods, although I did switch up my hunter bow to a rare one, as it was a higher level. Here’s my loadout:

The main weapons which will provide the most benefit during the Trials of the Gods fights will be any thing that can regenerate your health, either on hit or on kill. The warrior bow will be used to regen health when hitting Sekhmet and the health on kill sword will regen health when killing the waves of enemy soliders.

I’ve uplaoded a video of me beating Sekhmet earlier, take a look at it below for some additional hints and read on for the text guide.

As with previous Trials of the Gods fights, try to stay near to the outer part of the ring or the outer middle part, this is to make it easier to spot Sekhmet’s attacks and give you more a of a chance of avoiding them. 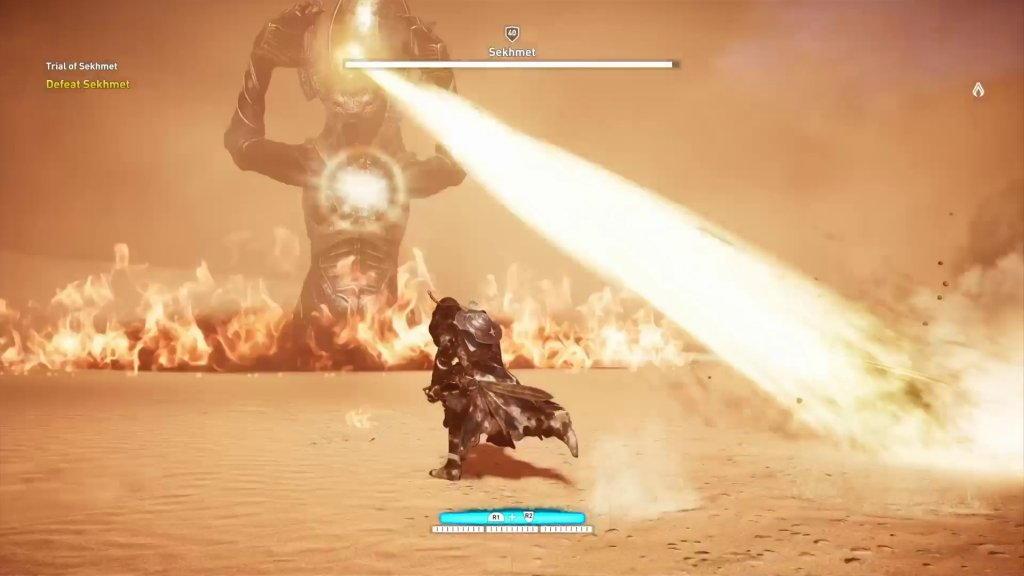 Gets some hits into Sekhmet’s crit spot with your primary (ranged) bow to deal some initial damage. Sekhmet’s first attack will be a beam of fire from the top of her head. If you see this early enough it is possible to run away from it. If it’s getting a bit close to you, use your dodge to try to get out the way. Ultimately you will be hit by this beam of fiery death at some point during the fight.

Once you’ve dodged the beam of fire, keep hitting sekhmet with your primary bow for extra damage. Keep checking your health as well, if you’ve taken any damage after any of Sekhmet’s attacks, remember to switch to your health on hit bow and get a few hit’s in to restore some health. 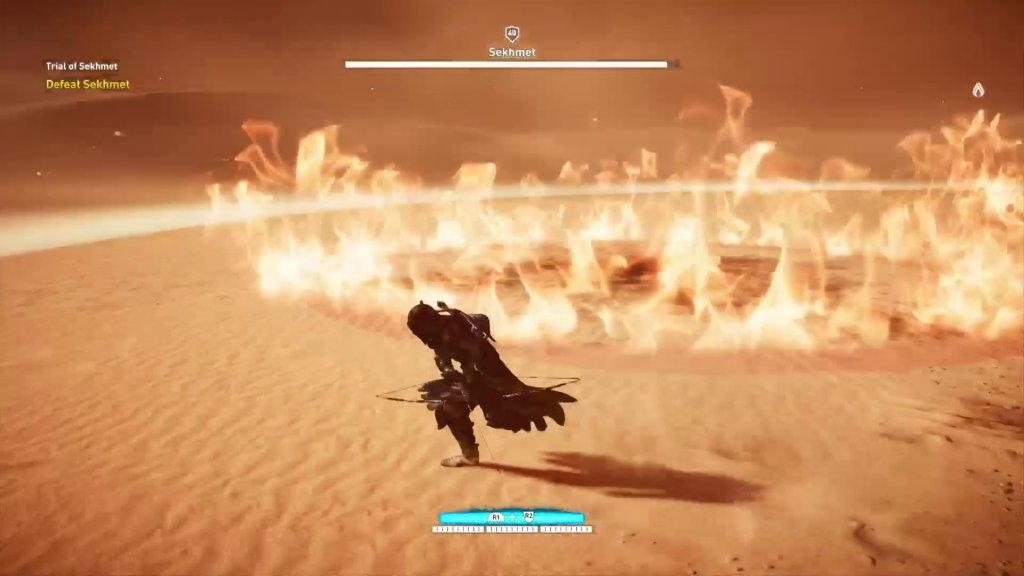 Sekhmet will also put large circular, fiery traps on the ground. These can appear at random and you will often be standing in the exact spot they appear so make sure to get out of there as quickly as possible. Sekmhet will also shoot her flaming beam of fire a few more times. 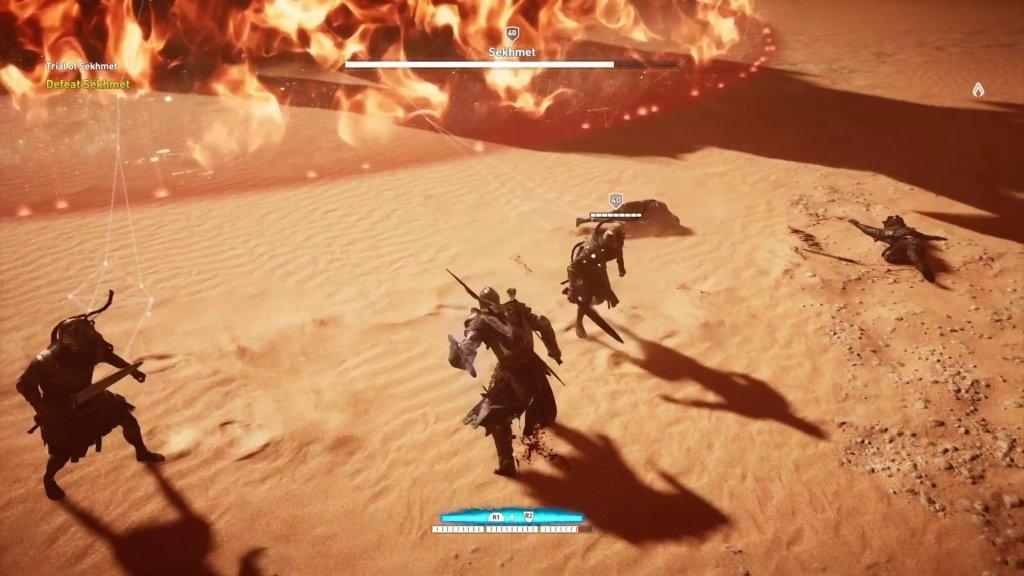 Once Sekhmet’s health has been depleted a bit, the first main wave of enemies will appear. About five soldiers will spawn that you’ll have to take care of. This is where you’re health on kill sword comes in handy as you’ll gain a little bit of health back for each enemy you kill. If you’re health is low you can also use your health on hit bow on the soldiers.

You’ll also have to dodge Sekhmet’s fiery beams during this phase.

Once you’ve defeated the soliders you’ll have a bit of time to get some hits into Sekhmet with your bow. Remember to be on the lookout for ammo pick up’s, as you don’t want to run out of ammo at a critical moment, especially on your health on hit bow. 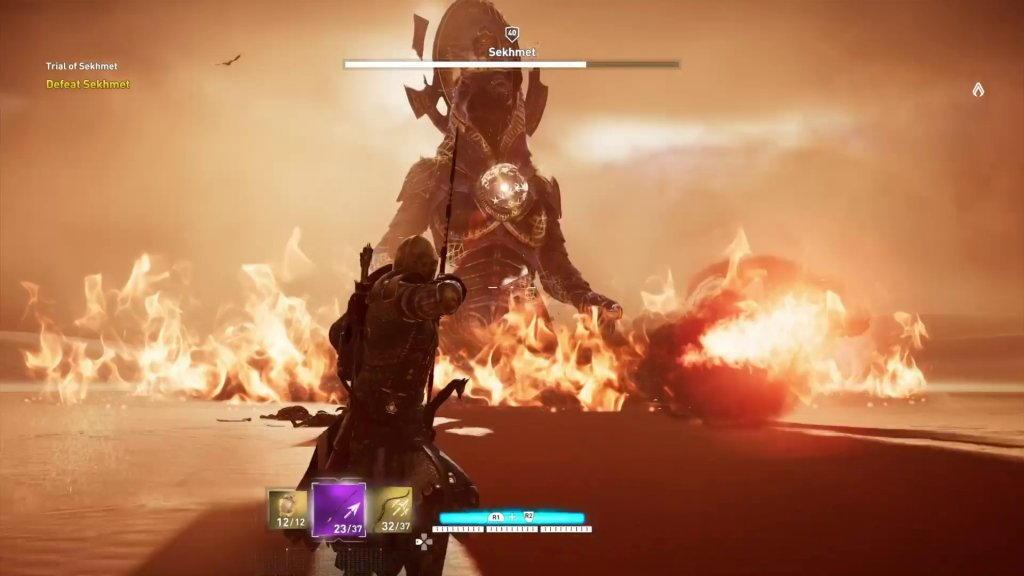 Sekhmet’s next attack is to throw bolts of fire at you across the ground. A red lit up path appears on the ground, that’s when you know the attack is coming. These are fairly easy to dodge if you notice them early enough.

After a few rounds of fire bolts. flaming beams and fiery circles on the ground there will be another wave of enemy soliders to deal with. You’ll also have to dodge the bolts and beams of fire during this phase.

Sekhmet’s health should ideally be down to about half way by now. There will be some more fire bolt doding and she will also unleash a double beam of fire which can be a bit tought to dodge, but running away is always an option.

During these attacks you should be getting as much hits into Sekhmet as possible with your ranged bow and periodically switching to your health on hit bow if your health is getting low. 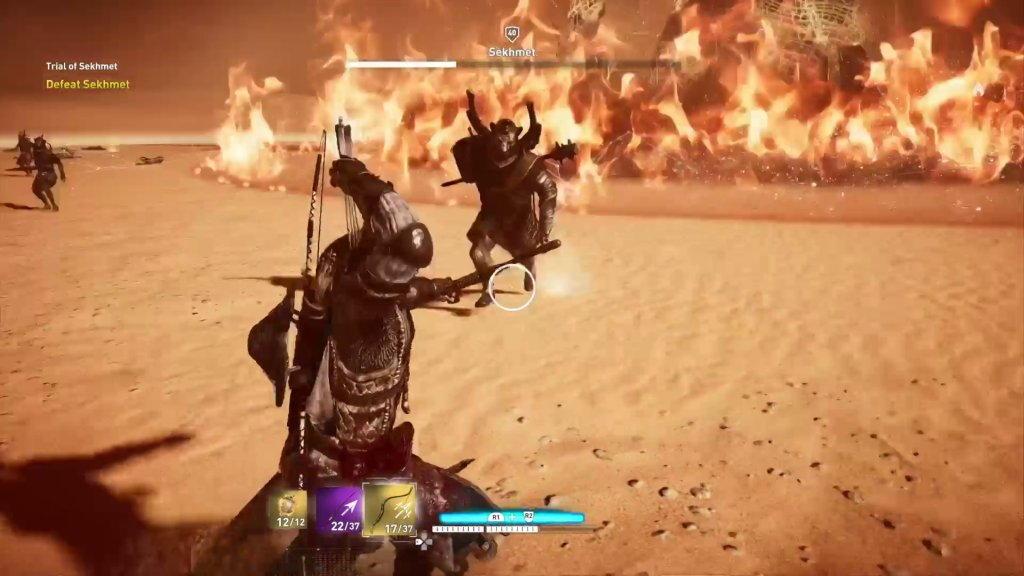 Next there will be another wave of enemy soldiers, including one of the big guys with the heavy blunt weapons. I used my warrior bow to get rid of him and get a little boost of health in the process, but you could use your overpower attack too.

Once that wave is over, use your health on hit bow to replenish your health if needed. Now it’s time to get as much damage done to Sekhmet and finish her off. There will be some more double fire beams to dodge but her health should be pretty low by now and a few hits with your bow should finish the job. 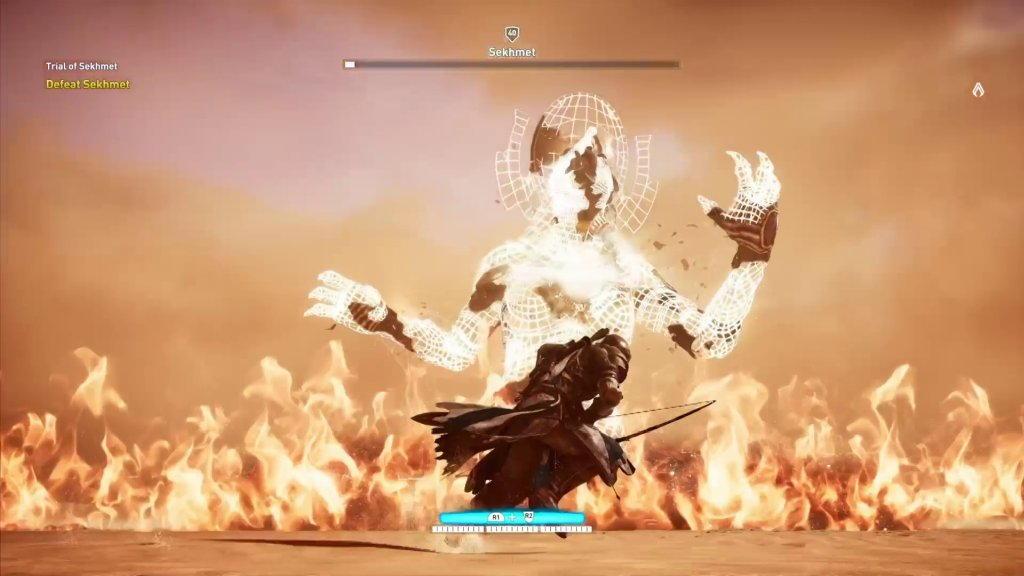 And that’s it, you’ve just beat Sekhmet in the Trials of the Gods.

Feel free to check out my other Trials of the Gods tips, there’s one for Sobek and one for Anubis.

There’s also my guides for every Papyrus Puzzle in the game, including the new ones with The Hidden Ones DLC.