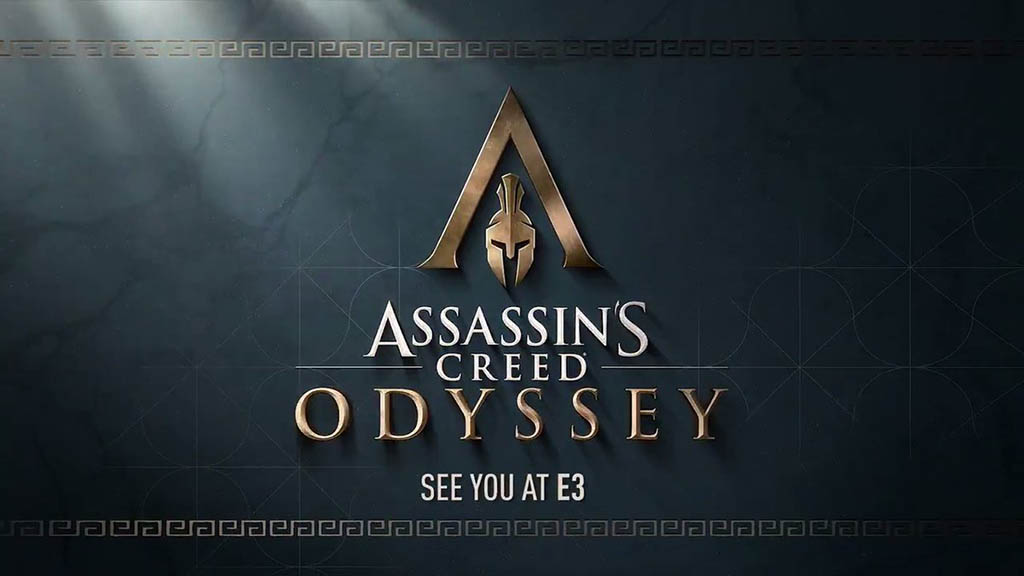 Yesterday Ubisoft made the most exciting announcement ever on Twitter. An announcement that made me sweat with anticipation and salivate as if I hadn’t eaten is two weeks, Assassin’s Creed Odyssey.

The announcement is probably even more exciting the Fallout 76. A new Assassin’s Creed game which could and hopefully is, a sequel to one of my favorite games of the PS4 generation Assassin’s Creed Origins.

See you at E3! pic.twitter.com/03NTPhCkCf

The short, 5 second announcement video posted to the official Assassin’s Creed Twitter account yesterday shows the Assassin’s Creed Odyssey logo with the words “see you at E3” and a short clip of what appears to be a Roman or possibly Spartan  soldier kicking another soldier off a cliff. 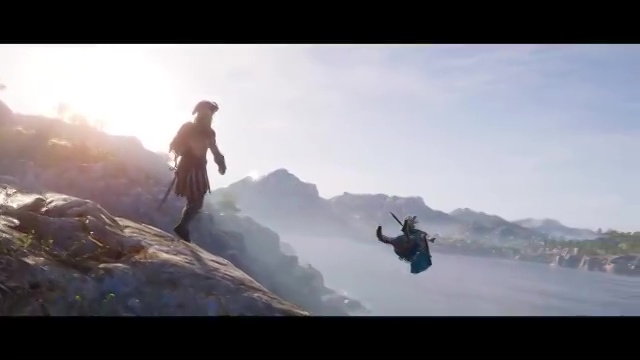 In the clip, a soldier can be seen wearing what looks like a Roman Soldiers Galea helmet, it can also be seen that both soldiers are wearing some sort of armour.

The soldier on the right (the one being kicked off the cliff) seems to be definitely wearing a Galea helmet, however the one on the left could possibly be wearing a Spartan helmet, which is backed up by the leak of the Assassin’s Creed Odyssey key chain collectible.

Could these possibly be Roman Soldiers? or a Spartan soldier? and could recent rumors be true that the next Assassin’s Creed game, now revealed to be Odyssey, be set in Ancient Greece?

Let’s take a look at the evidence that shows that Assassin’s Creed Odyssey will be set in Ancient Greece, perhaps during the Roman era.

A decorative meander border, which is a greek design, also called a Greek fret or Key design, can be seen in the artwork in the announcement clip.

The image on the left is the border surrounding the Assassin’s Creed Odyssey logo int he annoucement artwork and the image on the right is of a Greek Key pattern. As you can see they are very similar so definatley points to Odyssey taking place in Ancient Greece.

The announcement clip which shows two soldiers shows the soldier on the left possibly be wearing a Spartan helmet, Sparta was a city-state in Ancient Greece, There was also a leaked image of a collectible Assassin’s Creed Origins key chain, leaked by French game site JeuxVideo. The key chain is a helmet key chain and shows a Spartan helmet.

As you can see from the image above, the Spartan helemt and the helmet from the collectible key chain are pretty similar and point towards Assassin’s Creed Odyssey being set in Ancient Greece.

What is confusing though is that various rumours have touted Odyssey as a sequel to Assassin’s Creed Origins, i.e. set after the events of Origins but if it’s set in Ancient Greece with an emphasis on Sparta (900 – 192 BC) then it could be set before Origins, making it more of a prequel? Which is even more confusing as Origins was supposed to be, well, the origin of the Assassin’s.

Unless of course Odyssey takes place at some point in the Roman Sparta period which means it could very well take place after the events of Origins.

It would definatley make more sense for Odyssey to be a sequel to Origins, and if other rumours are true Bayek and Aya play an important role in the Odyssey story but don’t actually appear in game.

Another rumour claims that Assassin’s Creed Odyssey willt ake place during the Flavian Dynasty, an imperial Roman dynasty which ruled the Roman Empire between 69 and 96 AD.

Wherever Assassin’s Creed Odyssey may be set and whatever the story is about I just hope that it’s as good if not better than Origins. It definatley should have the same great combat mechanics as Origins and will most likely be in an open world setting.

Some fans are a bit concerned that Odyssey is releasing so soon after Origins, there’s been no official release date yet but rumours point to a mid to late 2019 release. This means that there’s been less time for Ubisoft to work on Odyssey. They developed Origins over about 4 years.

One thing is for sure, I am pretty hyped up for anotehr Assassin’s Creed game, especially if it is a sequel to Origins and has the same great gameplay.

We’ll have to wait until E3 2018 to see more of what Assassin’s Creed Odyssey is all about.