Home / PS4 / What the hell is Windjammers? 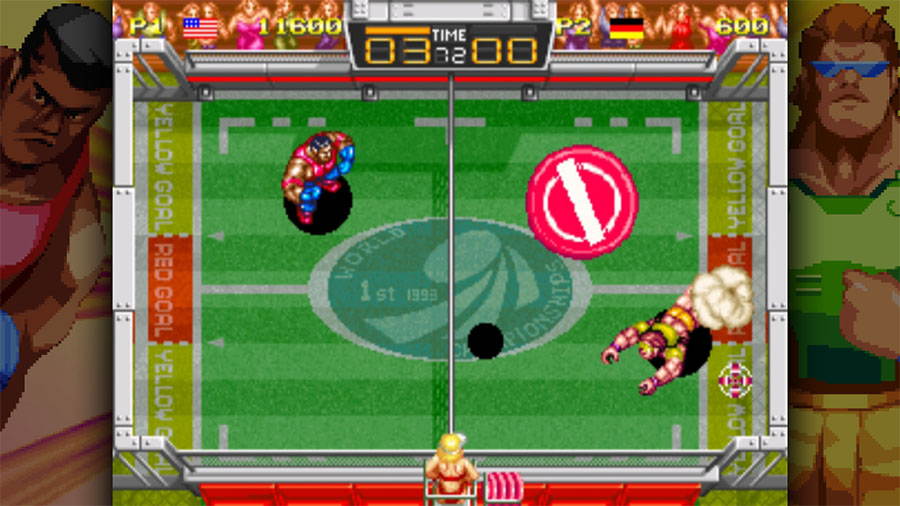 Got home from work yesterday, checked my emails and seen a Beta trial notification from PlayStation stuck in between the emails from Nigerian Generals wanting to give me money .

I got excited, I really like getting Beta trail emails, it makes me feel special. I quickly opened it and I was greeted with “Congratulations, you’ve been chosen to try out the Windjammers beta”

I thought, what the hell is Windjammers? I had never heard of this game before, was it even a game? Maybe I had been selected to try out some military weather blocking device. Turns out Windjammers is actually a game.

After a bit of searching it seems Windjammers is a sports game, originally released on the Neo Geo console way back in 1994. This new PS4 version, which is also coming to the Vita, is brought to us by DotEmu the same publisher that brought us the rather excellent and nostalgia inducing game, Pang Adventures.

The closed Beta of Windjammers started yesterday, June 8th and runs to June 12th. It appears to be mostly an online competative sports game, where you can play against other people from all over the world. The Beta will feature the games online ranking mode and will test out the matchmaking system. You can watch the closed Beta ammouncement below.

The release date for the full game is still to be confirmed but it will feature 5 game modes, online versus mode, 6 unique characters, 5 playable environments and 2 unlockable mini-games.

For more info on Windjammers, head over to the PlayStation games page or to the Windjammers page on DotEmu.