Home / Guides / Wrath of the Druids – Children of Danu Locations 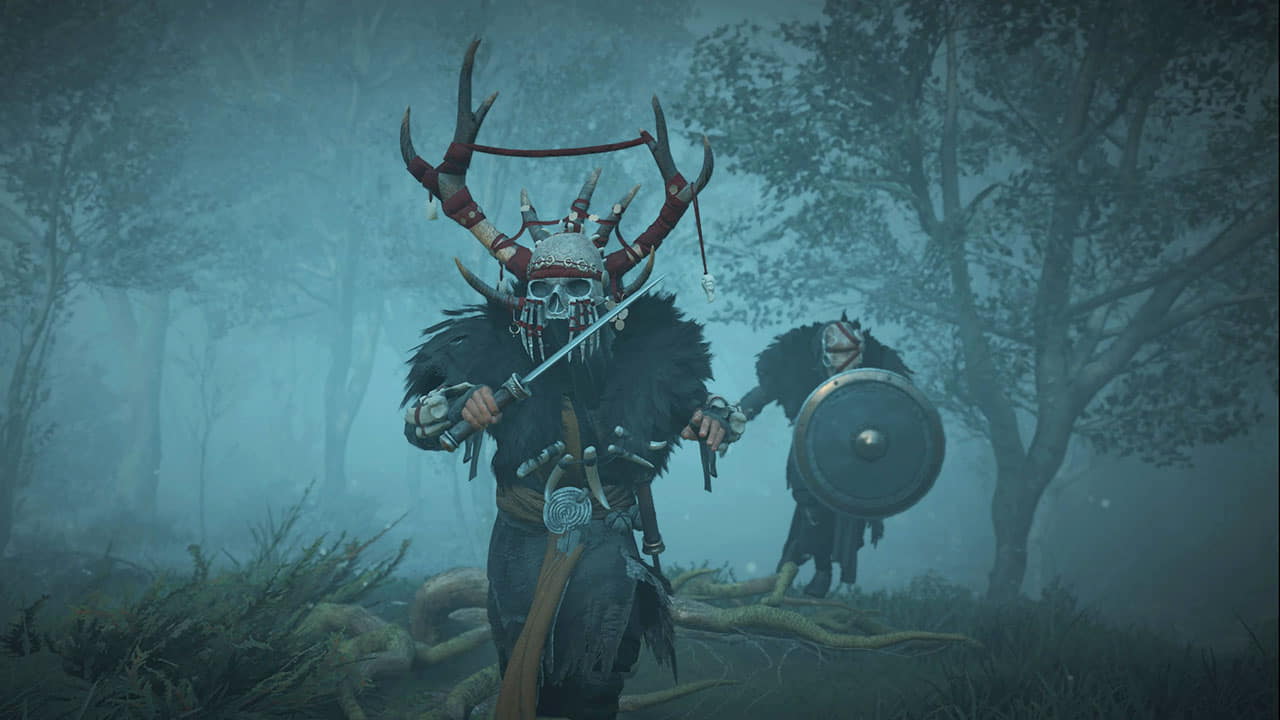 Just like the main Assassin’s Creed Valhalla game, the Wrath of the Druids expansion tasks you with killing some more Order of the Ancients members. This time they are a Druidic cult called the Children of Danu.

There is a total of ten Children of Danu members to find and kill throughout Wrath of the Druids. Five of them you face automatically during certain story missions and the other five you have to hunt down and find for yourself.

There are clues you can collect which lead you to the Children of Danu members. In this guide, I will just be focusing on the final location of where to find the particular member.

You can check your progress and any clues to the locations of the members by going to the main menu then to the Order menu.

There are ten Children of Danu cult members to be found in Wrath of the Druids. The guides below are in alphabetical order by name and not in the order that you may encounter them in the game.

When you assassinate a Children of Danu member you will receive an Amber Shard. These are used for a quest to obtain the Gae Bolg spear. 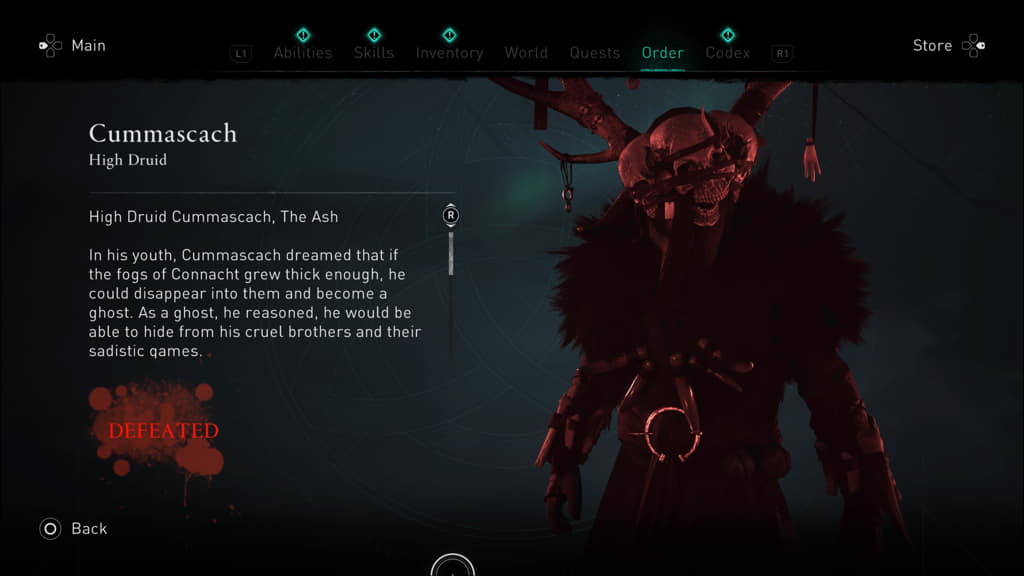 The Ash can be found in the Connacht region of Ireland. He can be found in some caves which serve as a Danu hideout in the eastern part of Connacht in an area named Kesh Gorann. There is a wealth item here also. 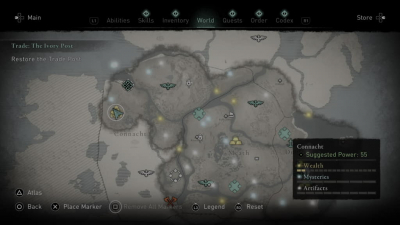 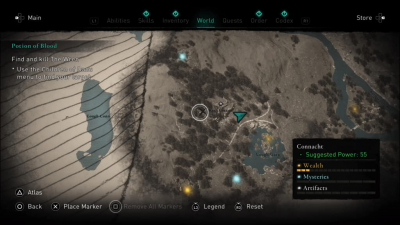 The Blaze (Conlae, he of the flames) 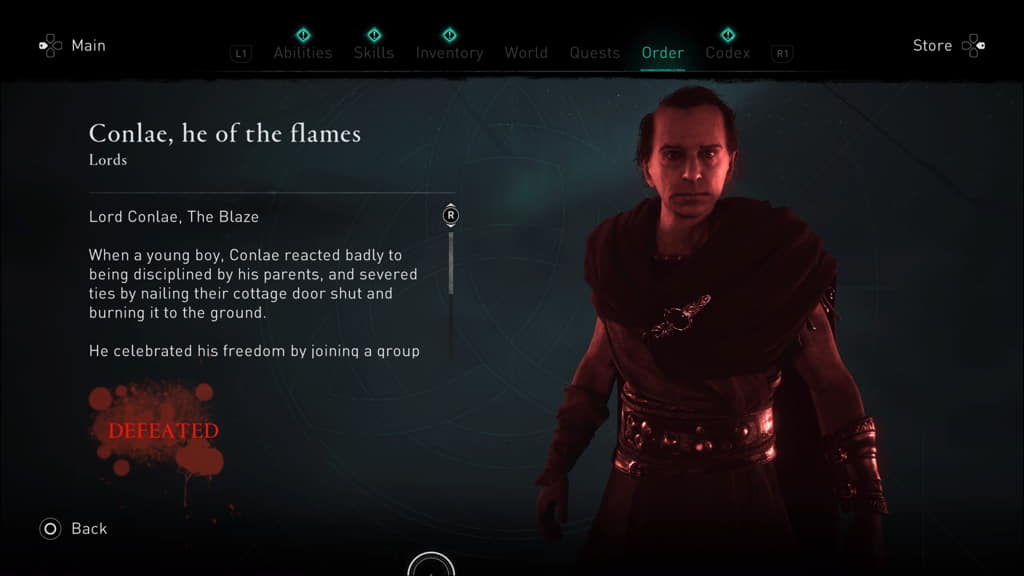 The Blaze can be found in south Ulster, south of Clogher. His clues lead you to some burnt houses which is where you will find him. He will be wandering around with a vicious Dog. 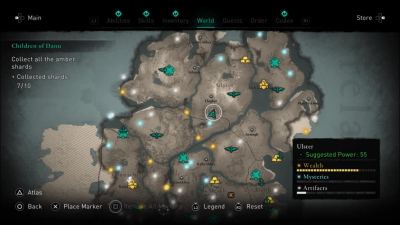 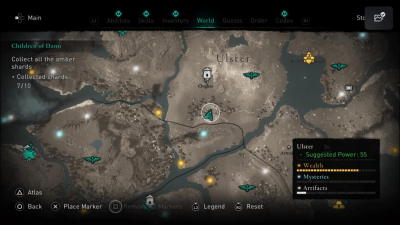 The Cursed (Setnae, druid of the mists) 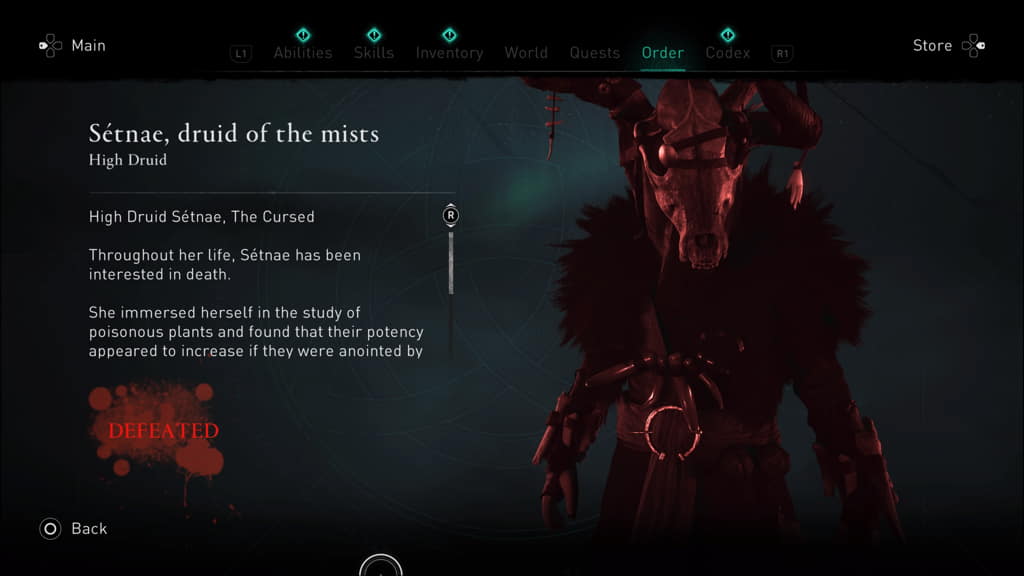 You will encounter The Cursed automatically during the story mission Into The Fog. You have to defeat The Cursed to progress the story.

The Deer (Ruaidri, he of the ports) 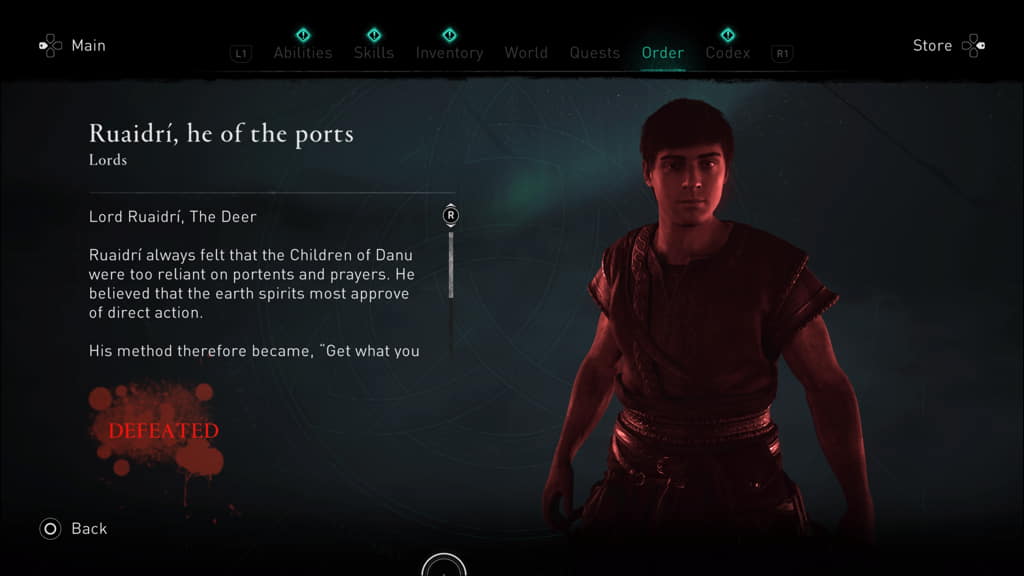 The Deer will be found in a camp on the northern shore of Ulster lake. The camp is located in an area named Inch Lough Neagh. 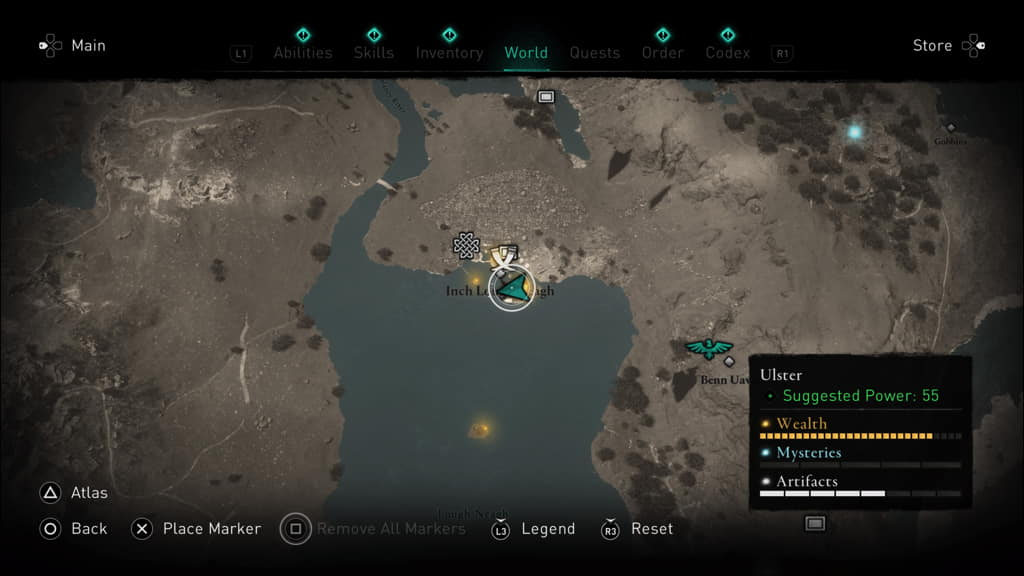 The Mist (Trian, he of the stone circles) 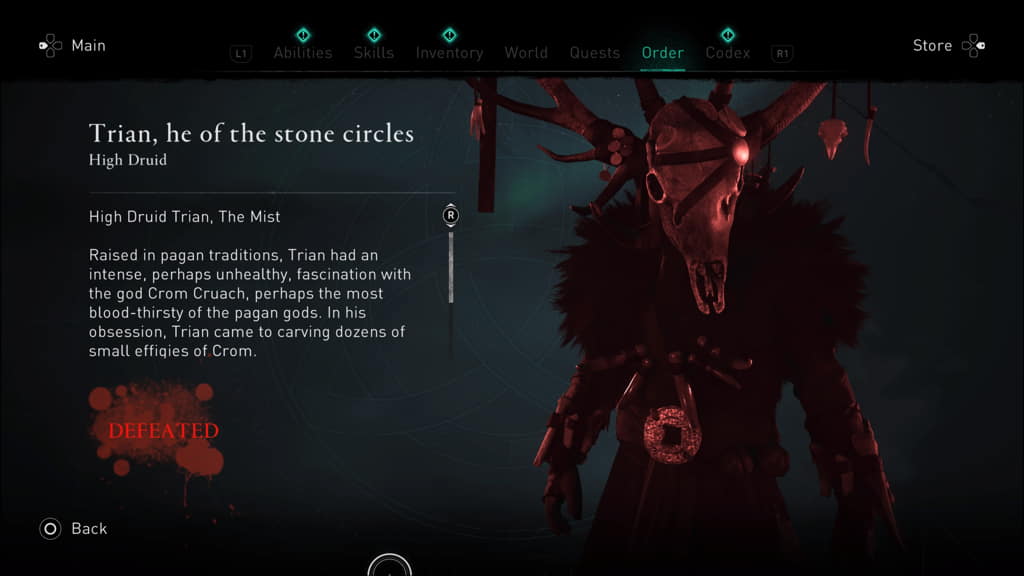 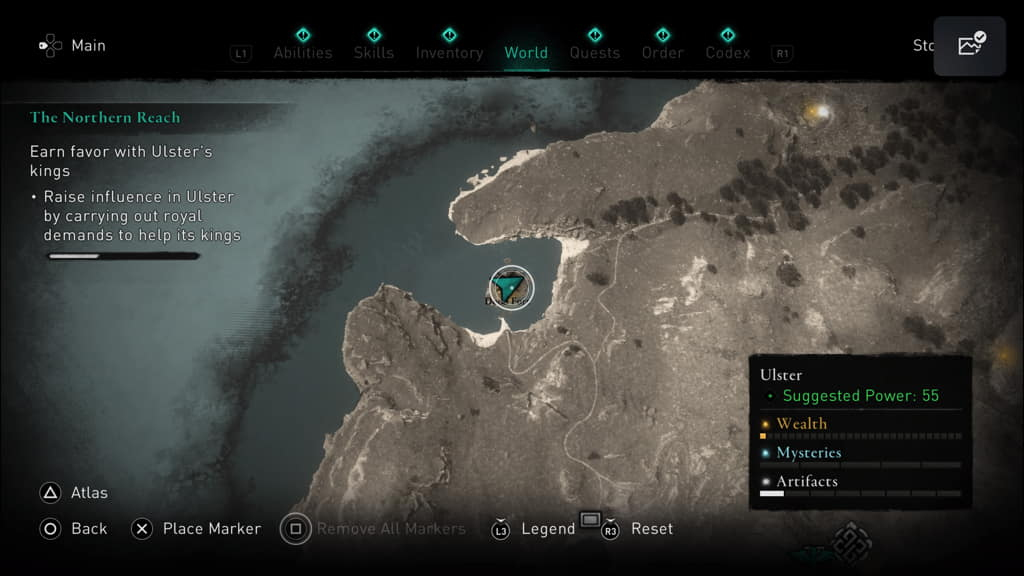 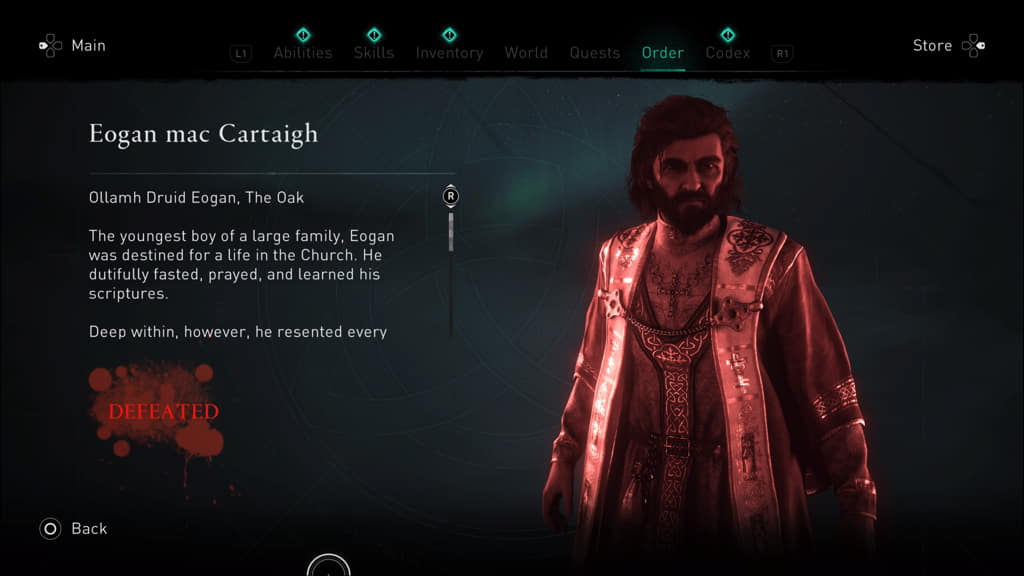 The Oak is the leader of the Children of Danu. You will encounter him automatically in the story quest A Scourging of Snakes. The Oak is located inside a church and you will have to fight and defeat him to progress the story.

The Seed (Becc mac Nath-i, he of the oceans) 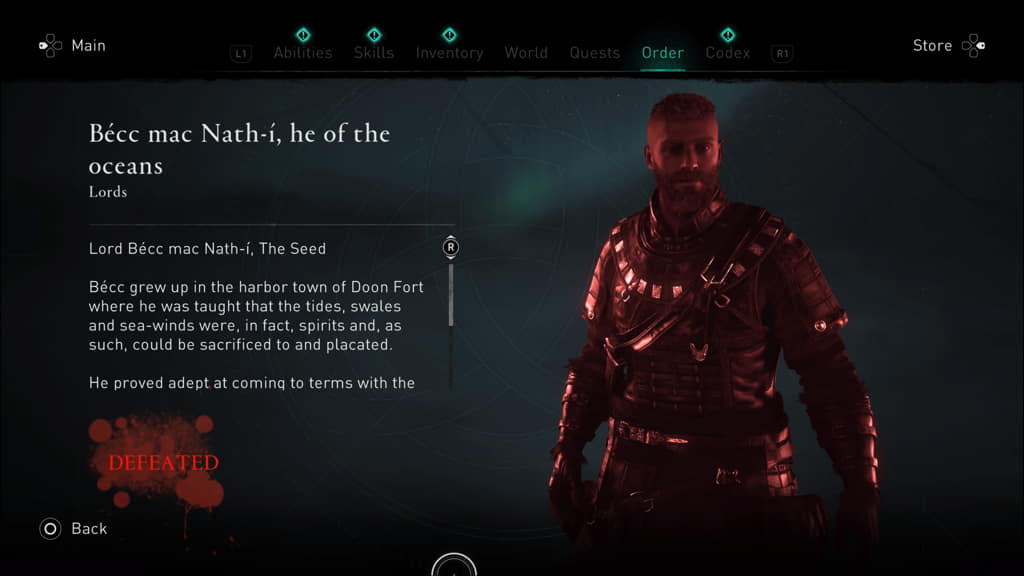 The Seed is another automatic story mission. You will encounter him during The Wages of War quest. The Seed can be found at the northern tip of the Ulster region in a named area called Dunseverick. It is a camp with lots of other enemies and also a Book of Knowledge. 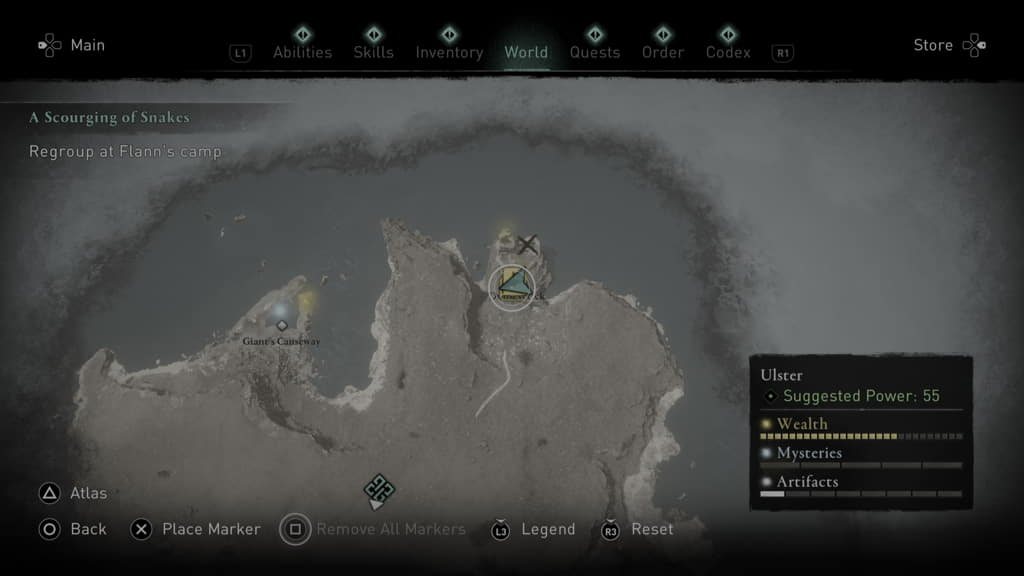 The Spider (Aideen, merchant of Dublin) 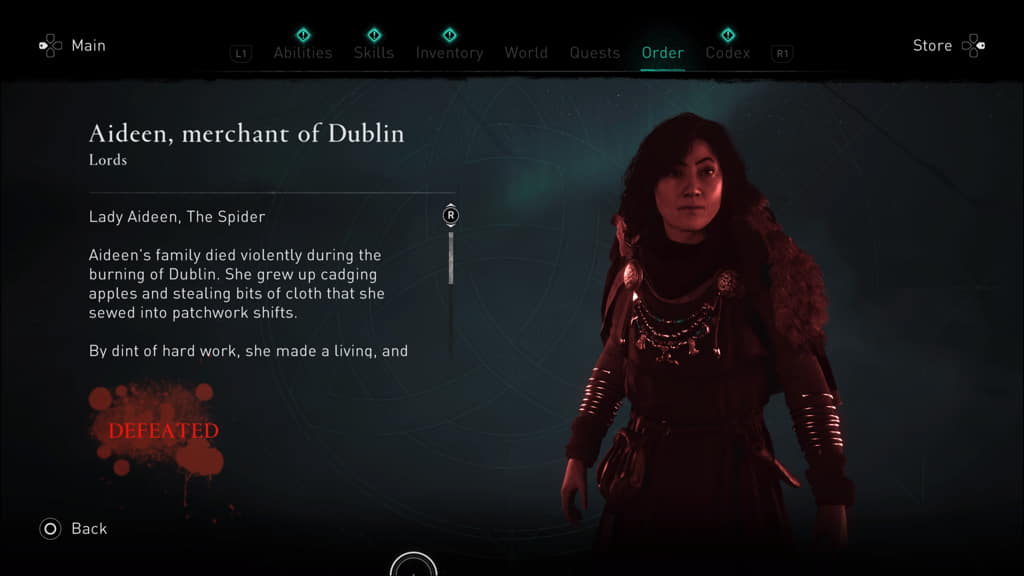 The Spider can be found in Dublin, in the main market area near Azar’s stall, directly west of the Kilchrist synchronisation point in Dublin. 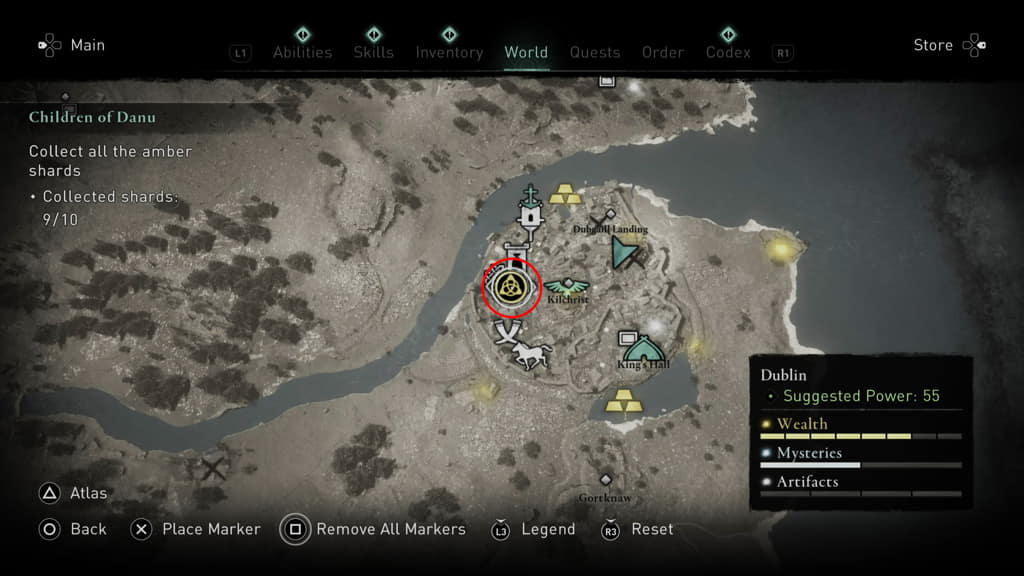 The Whisper (Leasleach, madwoman of the bogs) 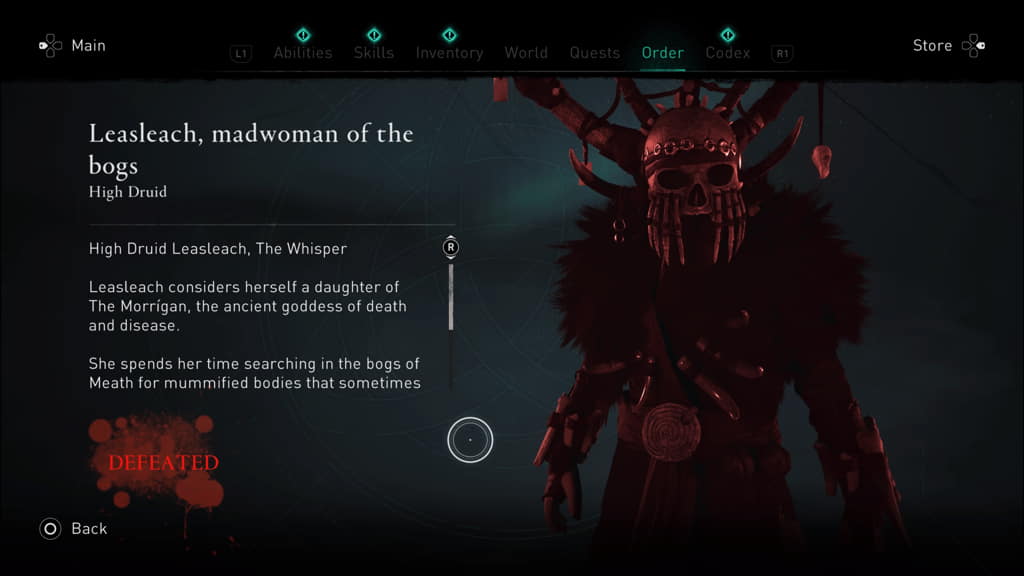 The Whisper can be found in the Meath region, in bogland south of Kells Abbey. She wanders around and is usually found in the area highlighted in the map below. 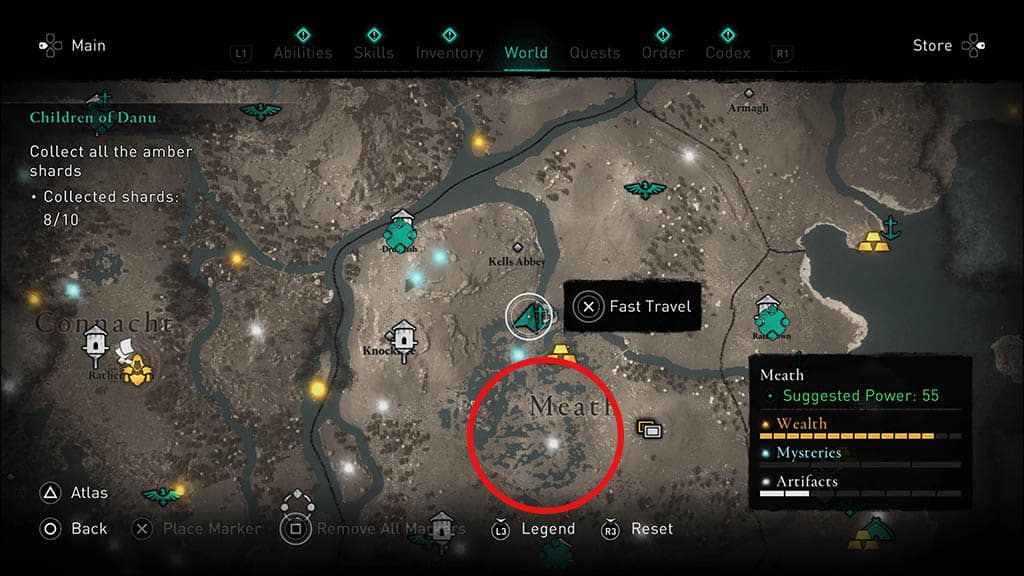 The Wren (Niamh, the poet) 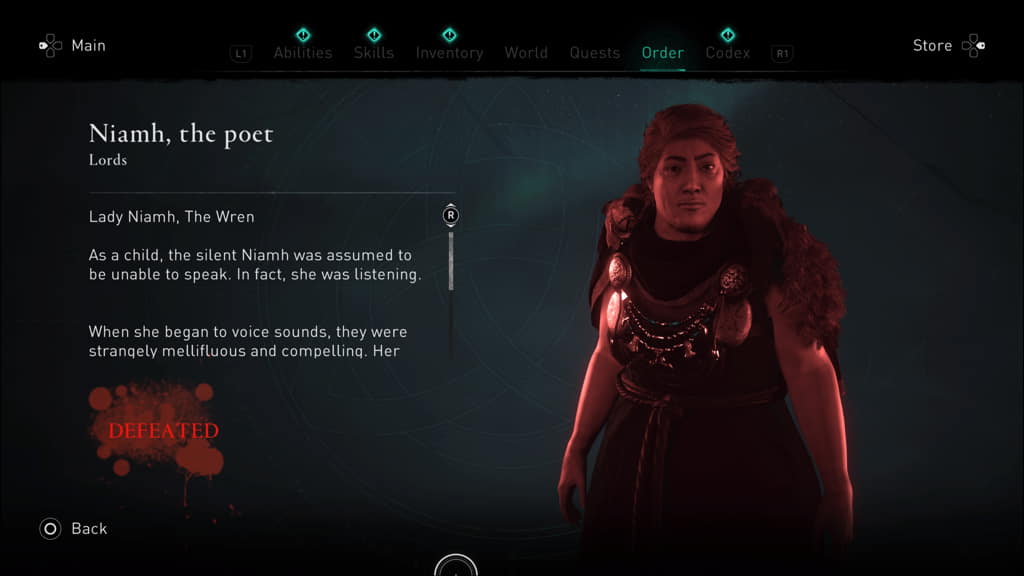 The Wren is another Danu member who you have to defeat during a story quest. You will need to assassinate The Wren during the Potion of Blood quest. She can be found in Connacht in a town called Rathcroggan, which is in the east of Connacht.

And that is all ten Children of Danu members and where to find them. Once you defeated them ll, you will have the required amount of Amber Shards to give to Deirdre so you can get the Gae Bolg spear.

Other Wrath of the Druids Guides