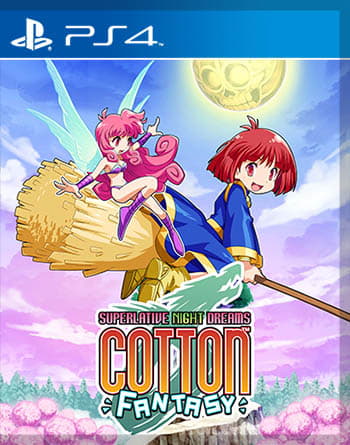 Something sinister is in the making – the willows are vanishing from Fairyland and the Fairy Queen entrusts Silk with solving the case. Who could be behind this devious ploy?

For a promised lifetime all-you-can-eat supply of tasty willows, the little witch Nata de Cotton is willing to help her old friend out and embark on another adventure together.

Cotton Fantasy sets the stage for another fantastic adventure, 30 years after the Cotton series initially premiered, with lots of features to offer: