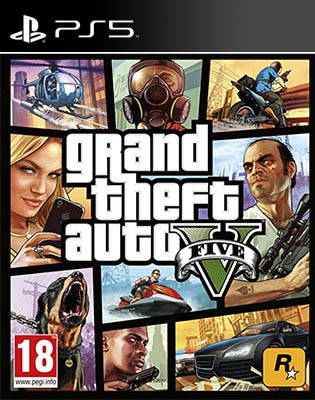 Grand Theft Auto 5 for PlayStation 5 is an upcoming game from Rockstar Games. GTA 5 PS5 was announced at the PS5 reveal event on 11th June 2020. The game is due to release onto next-generation consoles in 2021. there will also be a stand-alone version of the popular Grand Theft Auto Online.

The PS5 version of Grand Theft Auto 5 will have a range of improvements over the previous generation version of the game. Improvements include technical improvements, visual upgrades and performance enhancements that will take full advantage of the PS5’s increased power.

Grand Theft Auto 5 has been previously released on PS3 and PS4 consoles.