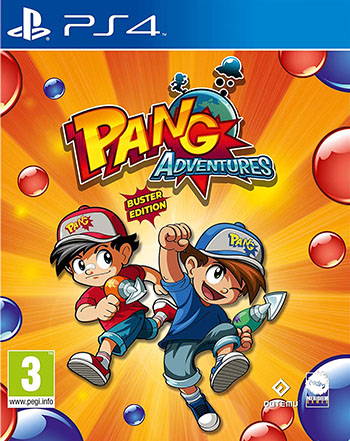 Pang Adventures is an update on the classic Pang bubble-busting arcade games of the early ’90s. Guide two brothers on a quest around the world to save humankind from a massive alien invasion! Use your wits and skills to overcome the attack balls pouring from the skies and rescue the world’s cities and landmarks from impending annihilation.

Pang Adventures brings new features and gameplay to this arcade legend while keeping true to the original spirit of the series. The game was originally released on PS4 in April 2016. A new boxed edition of the game called the ‘Buster Edition’ is due to be released on November 27, 2020.