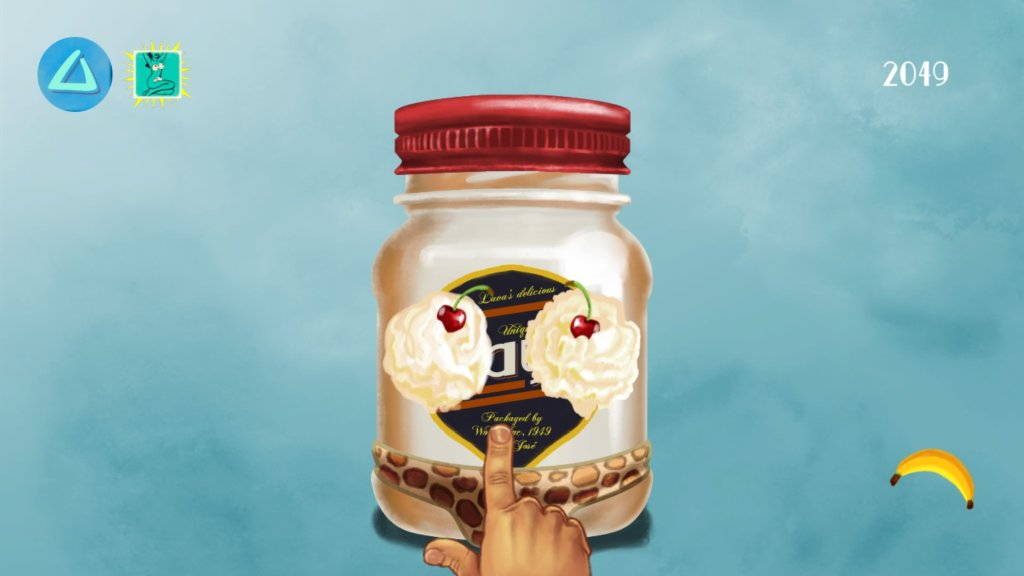 I’m not really sure I could call My Name is Mayo a game but going by the definition of ‘game’, an activity that one engages in for amusement, then I suppose it could actually be called a game. This ‘game’ was originally released on PS4 on November 8th (according to the US PS Store) but was only available in the US. A year later we now have My Name is Mayo in the UK and European PlayStation Stores.

The main part of the ‘game’ revolves around you, the player tapping a jar of mayonnaise by taking control of a disembodied hand and repeatedly tapping X or the touch-pad to tap the jar of mayo. The more you tap the more rewards you unlock. 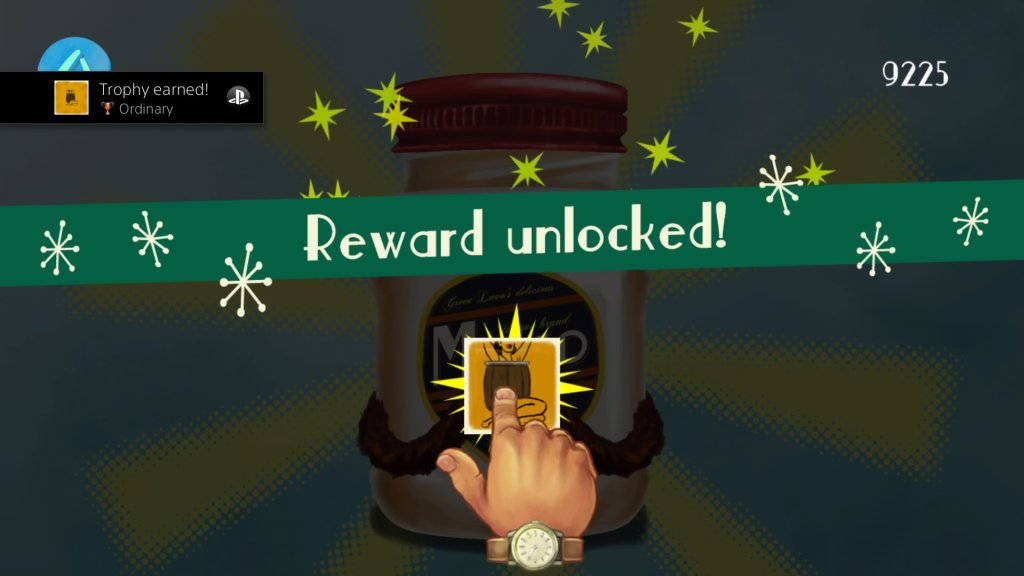 Once you have unlocked a reward you can then view the reward in the reward screen by pressing triangle. Some fo the rewards that you unlock are different, funny costumes to dress up your mayo jar. You select these costumes and then tap the jar some more to unlock more rewards and play through the ‘story’.

Some of the costumes do offer a little bit of amusement like bikinis or a banana suit or a rock star hair style.

My Name is Mayo doesn’t offer much in the way of gameplay or graphics or audio or anything that you would normally associate with a video game but what it does offer is a really cheap and quick platinum trophy.

You can unlock the platinum trophy in under an hour and all it takes is 10,000 taps on the mayo jar. I ended tapping the jar about 12,000 times but that was because I forgot to select a couple of the costume rewards. Quick tip: you can press X and the touch-pad consecutively to speed the tapping up a bit.

There are a total of 51 trophies to be unlocked including the platinum and the best part is that it only costs 0.99p, yes, ninety-nine pence from the PlayStation store. So, if you’re looking to increase your trophy and platinum trophy count a bit and you can spare a quid then definitely get My Name is Mayo.

My Name is Mayo - The PSF Verdict

My Name is Mayo doesn't offer much in the way of gameplay or graphics or audio or anything that you would normally associate with a video game but what it does offer is a really cheap and quick platinum trophy.

5
My Name is Mayo

My Name is Mayo 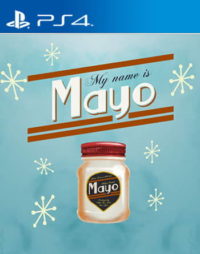