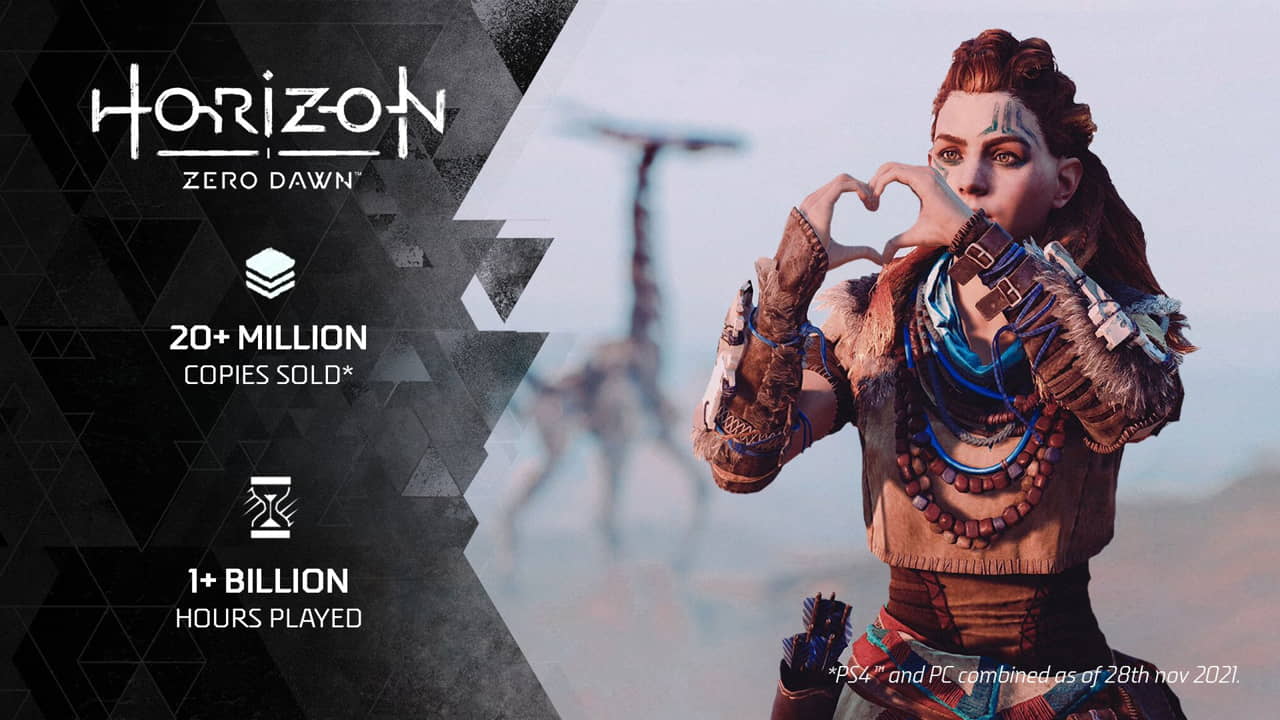 Horizon Zero Dawn, the game that introduced us to a post-post-apocalyptic Earth and to PlayStation Icon Aloy has sold over 20 million copies.

This astronomical sales figure was revealed in a tweet by the official PlayStation Twitter account. The tweet also revealed that Horizon Zero Dawn has been played for over 1 Billion hours. That is a lot of machines getting turned into scrap by Aloy.

It should be noted that the 20+ million copies sold and the 1 billion hours played also includes the PC release of Horizon Forbidden West.

That’s some fantastic news for Horizon Zero Dawn and developer Guerrilla Games ahead of the release of Horizon Forbidden West.

Horizon Forbidden West will launch on February 18th for PS5 and PS4.