Home / Guides / Assassin’s Creed Valhalla: How To Get The Flying Eivor Trophy 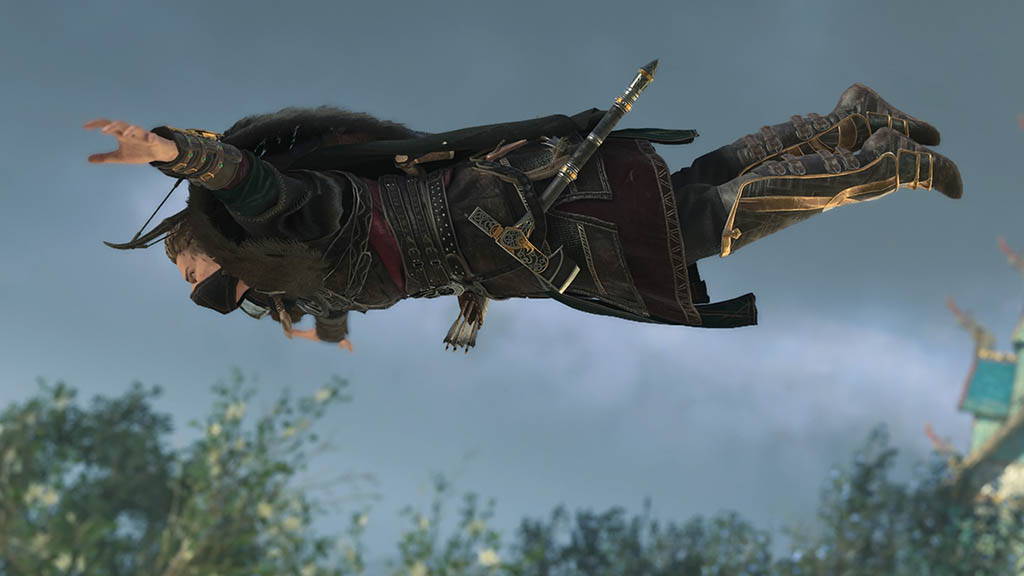 If you can’t be bothered reading, there’s a quick video guide at the end of the article or on YouTube.

Where to get the Flying Eivor Trophy 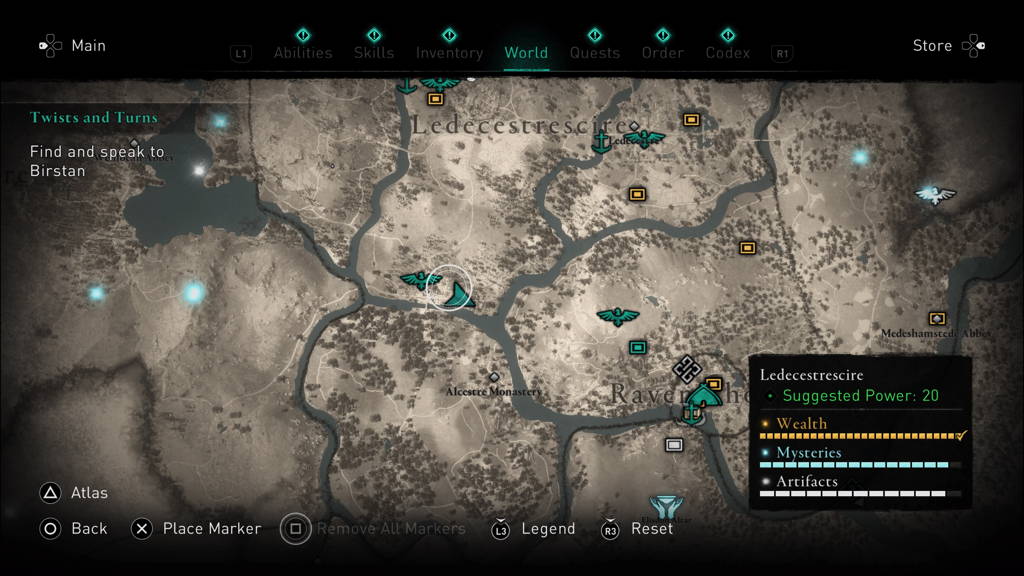 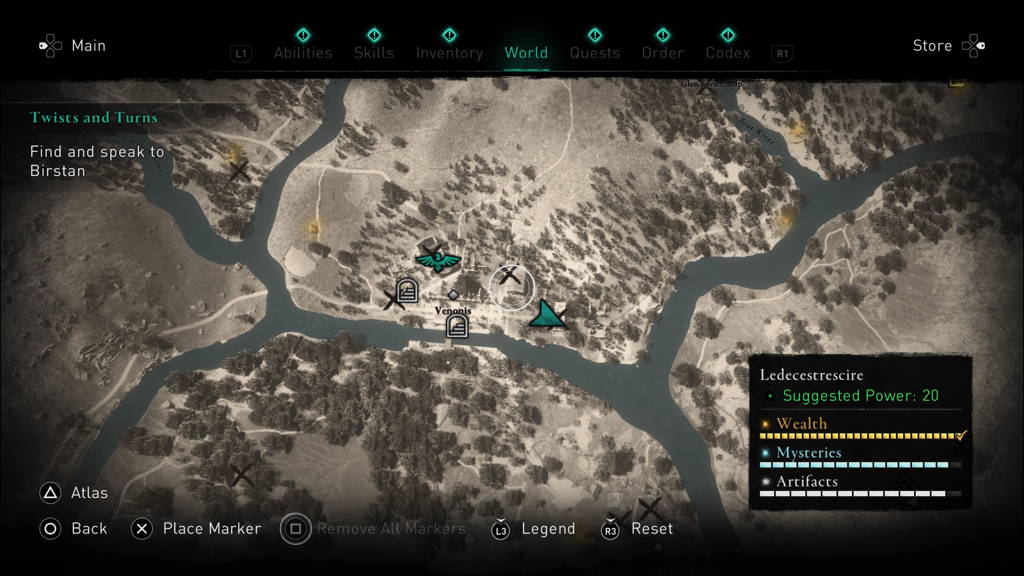 Once you are at Venonis, you need to locate a particular tall Roman ruin. This structure can be found just slightly south-east of the fast travel point. It is a large structure held up by some tall pillars and has a flat roof/platform on top. The tall structure is shown in the screenshot below. 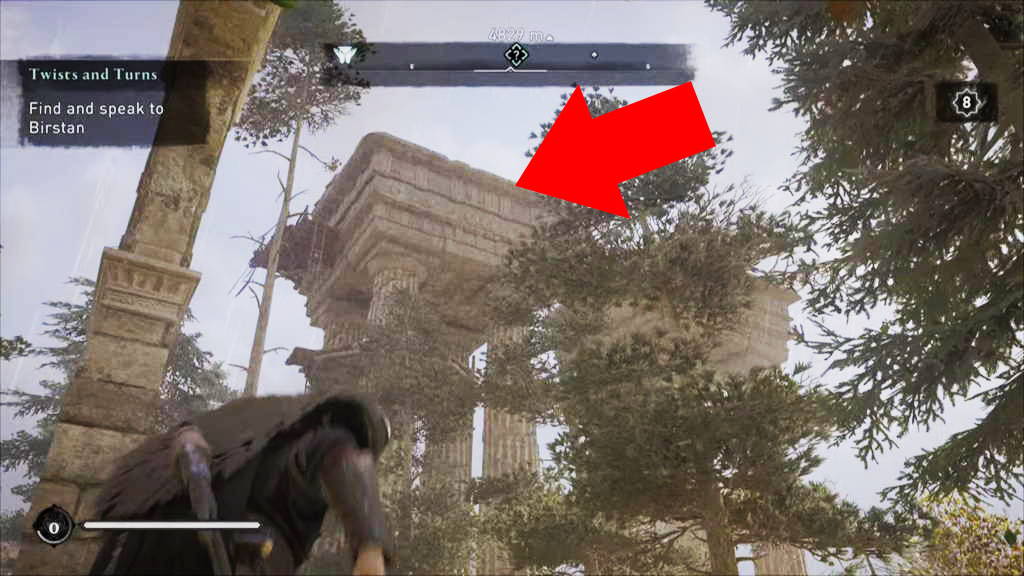 Head to this tall Roman ruin and climb up the first ladder to a circular wooden platform. From there aim and shoot at the red lock on the next ladder to release the ladder and lower it down. 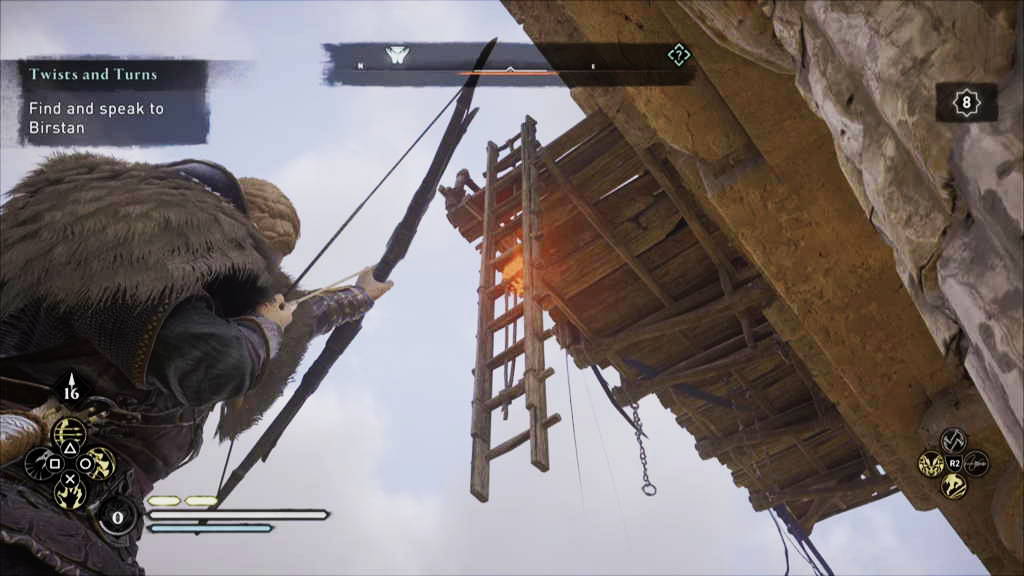 Climb this ladder to the top of the structure and you will find two enemies. One regular enemy and a beefier enemy called a Goliath. It is this enemy we need to grab and throw Eivor to unlock the trophy.

Kill the regular enemy so he doesn’t get int he way. Then let the Goliath enemy grab and throw Eivor off of the structure. Try and get the Goliath to grab you near the edge. 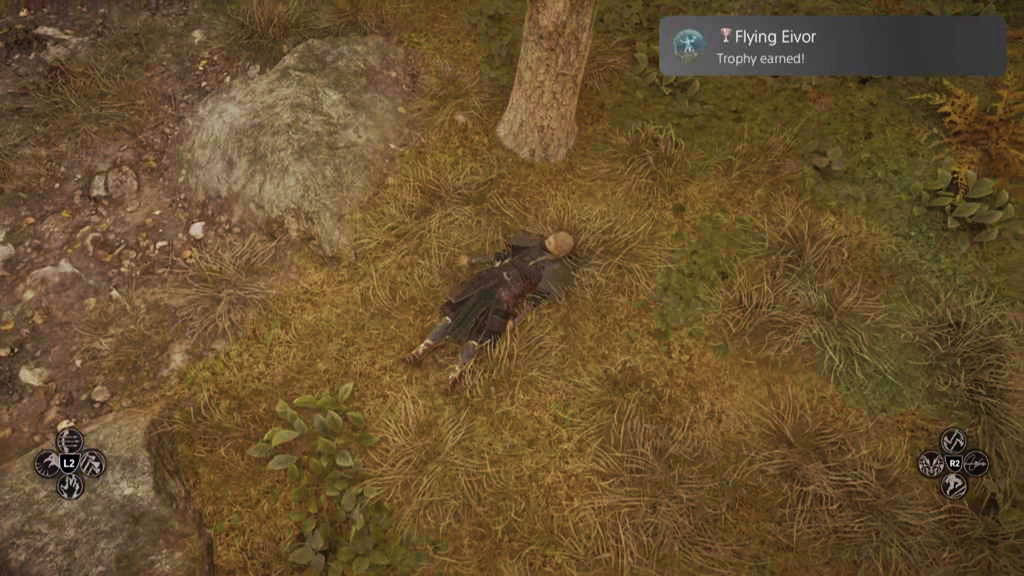 You don’t need to be thrown 30 metres in a horizontal direction, as long as you fall the 30 metres or more after the enemy throws you the trophy will pop.

Here’s a video guide of how to get the Flying Eivor trophy.