Home / Guides / The Last of Us Part I Guide: All Safe Codes (Sticky Fingers Trophy) 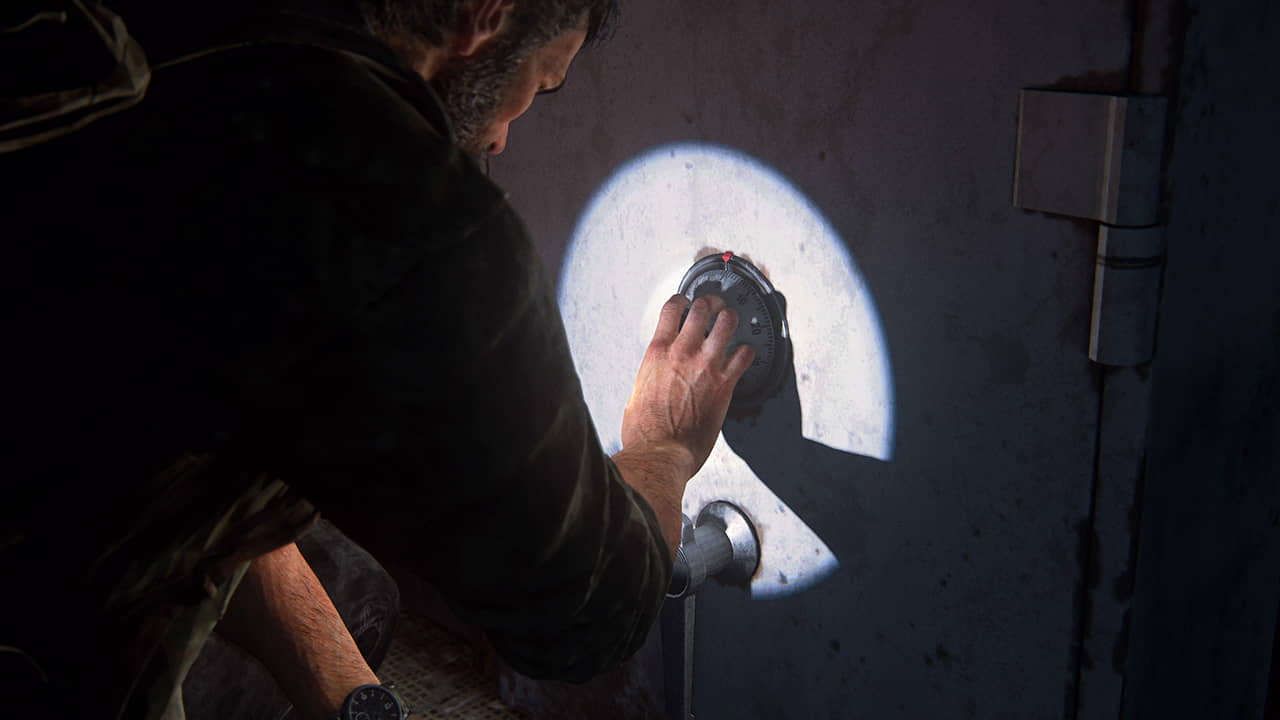 The PS5’s The Last Us Remake is a fantastic game, just as good as the original, if not a wee bit better due to the graphical upgrades. I still don’t think it’s worth £70 but it is great nonetheless.

In this guide, I’ll show you where to find all 4 safes in The Last of Us Remake for PS5. Finding and unlocking all 4 safes will get you the Sticky Fingers trophy. I will also show you where to find the artefact which contains the safe codes. You’ll need these for the Chronicles trophy, which requires you to find all artefacts and notes. I will only be focusing on safes and safe codes in this guide but PowerPyx.com has an in-depth collectables guide, so definitely check that out.

Now on to the guide.

The Last of Us Part I All Safe Codes Guide

If you would prefer to watch a video containing all the safe codes, then take a look below. Or continue reading for the text and image guide.

You will find a safe in The Outskirts chapter in the level called Downtown. At one point you will enter a subway area with some derelict shops and lots of Clickers. As you enter this area, there is an abandoned shop to your left. Carefully enter this shop and head around to the right. Go behind the counter here to find the safe code artefact in a drawer.

The note tells us that the safe is located in a bookstore. The bookstore is at the opposite end of this area (to the right as you enter.) Head over to the bookstore, avoiding the Clickers, and you will find the safe behind the counter.

Safe number 2 can be found in Bill’s Town chapter in the first level called The Woods.

At one point you will reach a street with shops on either side and a row of parked cars. Near the top of the street, you will find the safe next to a pickup truck at the side of a shop.

Now let’s get the artefact with the safe code. From the position shown in the screenshot above, turn left and head down the street, past all the cars and concrete barriers until you can;t go any further because it is barricaded. You will find the note with the safe code pinned to a barbed wire barricade.

Now head back to the safe and unlock it to get some goodies.

The third safe can be found in the level Hotel Lobby in the Pittsburgh chapter (yes, I spelt Pittsburgh with only one ‘t’ in the video – oops.)

Once you reach the hotel lobby, you will find a ladder propped up against some scaffolding. Take the ladder and place it in front of the balcony a bit further on. Climb the ladder then head to the right. You will find the artefact with the safe code on the floor in front of some elevators.

Now head back down the ladder and head across the lobby to a kind of reception office-type room as shown in the picture below. Enter this room via the door at the side and the safe is located underneath the desk.

The fourth and final safe is located in the chapter The Suburbs in the level called Suburbs. In this level, there are a few houses you can enter to look for supplies. The house with the safe is shown in the screenshot below.

Once inside this house, head to the very top floor into an attic room. At the top of the stairs turn right and you will find the artefact – a matchbook – containing the safe code.

Now, head back down the stairs you just walked up to get the artefact. At the bottom, you will be in a hallway, turn left then go into the last room on the right. Turn to the right when you enter to find the safe in an alcove.

And that is the locations and codes for all four safes in The Last of Us PS5 Remake. You should now have the Sticky Fingers trophy.

GuidePS5 GamesThe Last of Us Part I 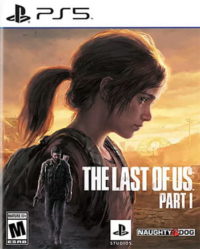