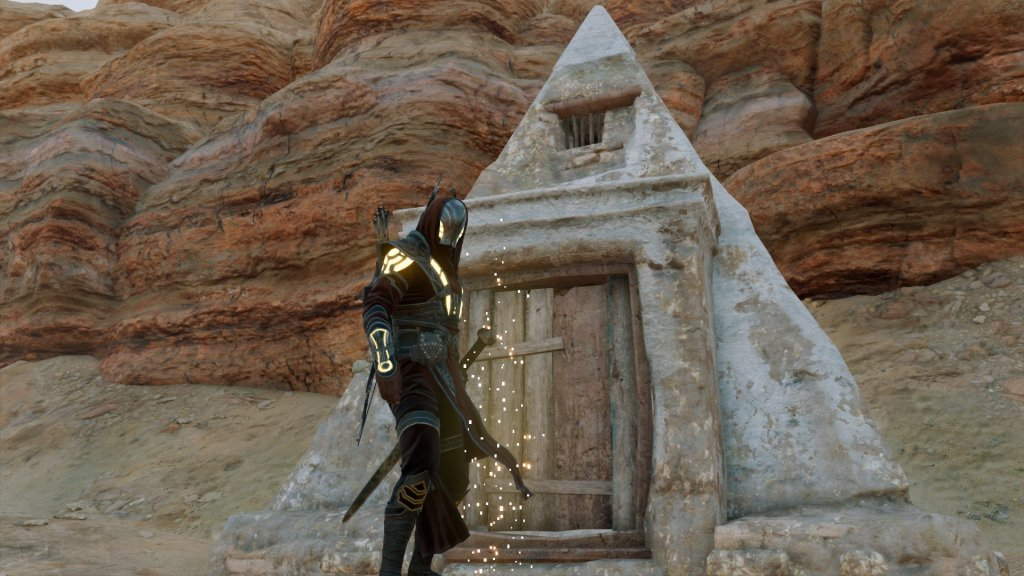 If you enter Valley Market from the eastern side, head up a set of concrete stairs to reach the market’s upper level. The hidden papyrus will be on a table at the second stall up on the right. 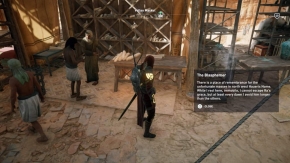 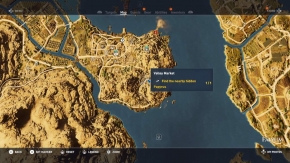 The cryptic clue for The Blasphemer reads:”There is a place of remembrance for the unfortunate masses in northwest Haueris Nome. While I rest here, immobile, I cannot escape Ra’s grace, but at least every dawn I avoid him longer than the others.”

First things first, we need to head to Haueris Nome, there is a fast travel point on top of the pyramid there. Once we’re there we need to go to the north-west region of Haueris Nome, while your travelling north-west, you will notice lots of little pyramid-shaped huts, I though these where little houses but they’re not, they are actually tombs. This is the place of remembrance.

I was a bit unsure about the rest of the clue, but apparently the “at least every dawn I avoid him longer than the others.” part refers to the fact that the hut where the treasure is located is the last one to be hit by the sun at dawn.

The hidden treasure is located in front of one of the eastern most huts, just at the foot of the easter rocks/cliffs.

If you’re not doing anything else and you want to solve more papyrus puzzles, feel free to check out my other papyrus puzzle guides and solutions. Cheers.