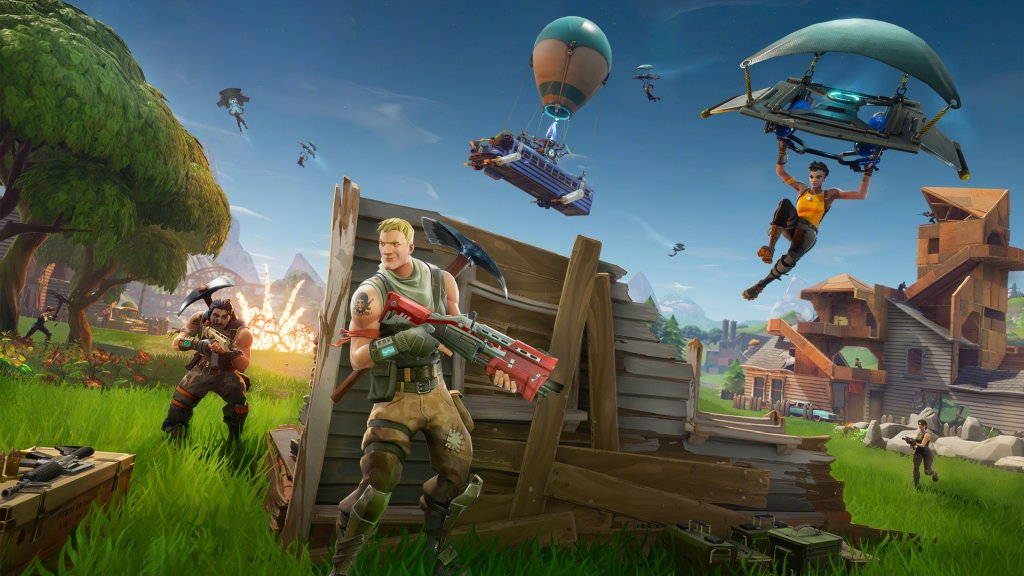 Fortnite Battle Royale just went FREE a few days ago and I had to give it a whirl when I seen a few friends playing it and especially because it was free.

So, what the hell is Fortnite Battle Royale? Well, it is a game mode for Fortnite that is similar to the PC game Player Unknown’s Battlegrounds. Basically, 100 players parachute into an island somewhere and kill each other until there is only one player left standing.

I have to say I was intrigued by the premise of the game and even with only a few games of Fortnite Battle Royale to my name I actually found it rather fun. I didn’t win any games, not by a long shot. The best  I got was 52nd.

When you launch a game of Battle Royale you spawn on the island or map you will be playing on, at least think it’s the same map. You can’t kill any other players at this point, it just seems to be some kind of lobby.

After about a minute or so you will enter the ‘Battle Bus.’ The Battle Bus is a bus that is floating through the air like a bus blimp thing, all the players are in the bus and the bus is flying over the island.

You will be prompted to jump from the bus and you only have a certain amount of time to jump.

Once you jump from the bus you will be free-falling through the air. You can try to point yourself in the direction of the place on the island you would like to land on. You can press X to glide down to give a bit more control over the decent. Glide will activate automatically once you’re a certain distance from the ground. 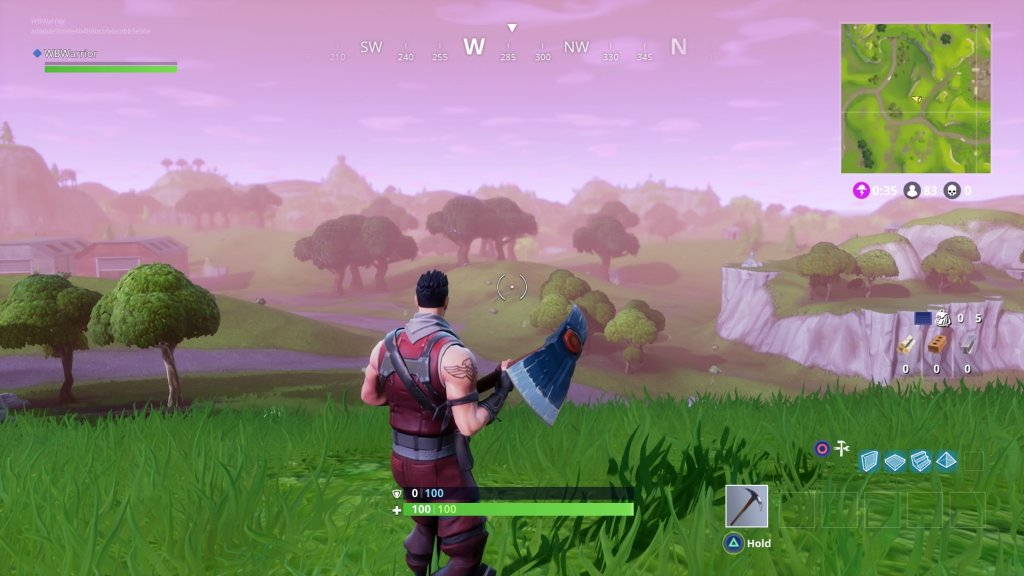 There are different weapons that you can pick up whilst your running around the map trying to hide or trying to hunt for other players. You start  off with a pick axe looking thing but your definitely going to want to try to find a decent gun, a rifle seems like a popular choice.

The islands or map areas are pretty huge but the playable area does get smaller as the players left alive dwindles. The game area gets smaller because of a storm that is raging in the game world and you need to stay within the eye of the storm. The eye of the storm gets smaller as the storm intensifies or as the game continues with few and few players left alive.

The whole eye of the storm thing making the playable area smaller makes complete sense as the game would get a bit boring if say there where only 4 players left and they could be anywhere on this massive island.

I only played Fortnite Battle Royale for a bout an hour today but I am definitely going to playing again, it really does seem like a really fun game. Even if you are eliminated early on the time to match-make into another game is not too long.