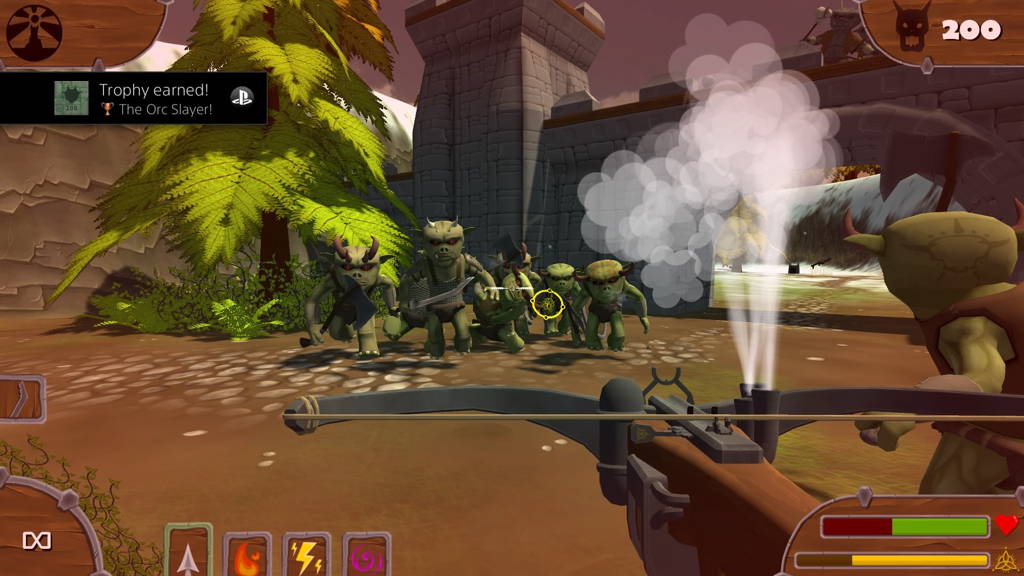 What I though would be a cheap and relatively quick and easy platinum trophy turned out to be a bit of a nightmare. I’m talking about Orc Slayer, a first-person-shooter game made by an indie studio from Wales.

In Orc Slayer you basiclaly have to kill wave after wave after wave of Orc’s with a crossbow type weapon, that’s pretty much it really. It doesn’t sound like fun and neither is it fun but I never bought the game for fun, I bought it for a  cheap and easy platinum.

Cheap Orc Slayer is, at 3.99 on the PS Store it  certainly won’t break the bank and easy it probably is aswell, if it wasn’t for the tediously boring gameplay and the amount of glitches Orc Slayer throws at you.

The platinum trophy for Orc Slayer sounds easy enough, play through 13 levels, getting a trophy after each one, get a few other trophies for some other stuff, get some hidden trophies for finding a couple of hidden areas and Bob’s your uncle, the platinum is yours or so I thought.

I played through to level 9 and that’s when things got really frustrating. On each level a certain amount of Orc’s will spawn and you have to clear each spawn to progress tot he next level. On level 9 though, a few Orc’s decided they wanted to spawn out with the playable area, behind fences and building and stuff.

As there where outwith the playable area I couldn;t kill all of them, I could maybe get 1 or 2 but the rest where out of reach. There was some crates and barrels sitting next to the fence, so I though I will jump up there and get a better angle, nope, I got stuck on the barrels and crates and couldn’t move. Back to the menu and restart I suppose.

OK, maybe the Orc’s won’t glitch this time and they will spawn in the playable are and let me progress to the next level. Nope. God damn Orc’s just wanted to spawn behind fences and building where I couldn’t shoot them, sneaky Orc’s.

After about 3 or 4 restarts of the level I gave up. I can handle the monotinyof the boring and repetative gameplay, I can bear the frame rate drops and slowdowns and power through to the platinum but I just could not take the Orc’s glitching and spawning where I couldn’t shoot them, it was just too annoying. 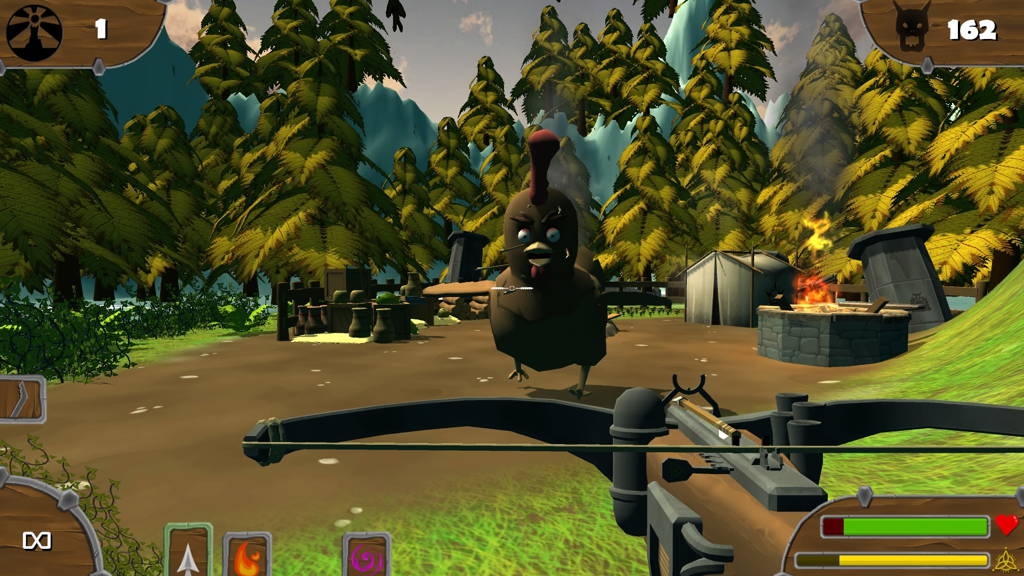 I’ll maybe try again in the near future, hopefully it won’t glitch, but it probably will. So for now the Orc Slayer platinum trophy is well and truly on the back burner.

The question is, how does a game as terrible as Orc Slayer even manage to get on the PS Store? The graphics are bad, the sound is bad, at several times an incredibly loud, annoying noise like someone making an almighty burp just kept appearing from nowhere, the gameplay is completely boring there is just nothing fun about this game at all, the only redeeming qaulity it had was that it was supposed to be a cheap and quick platinum.