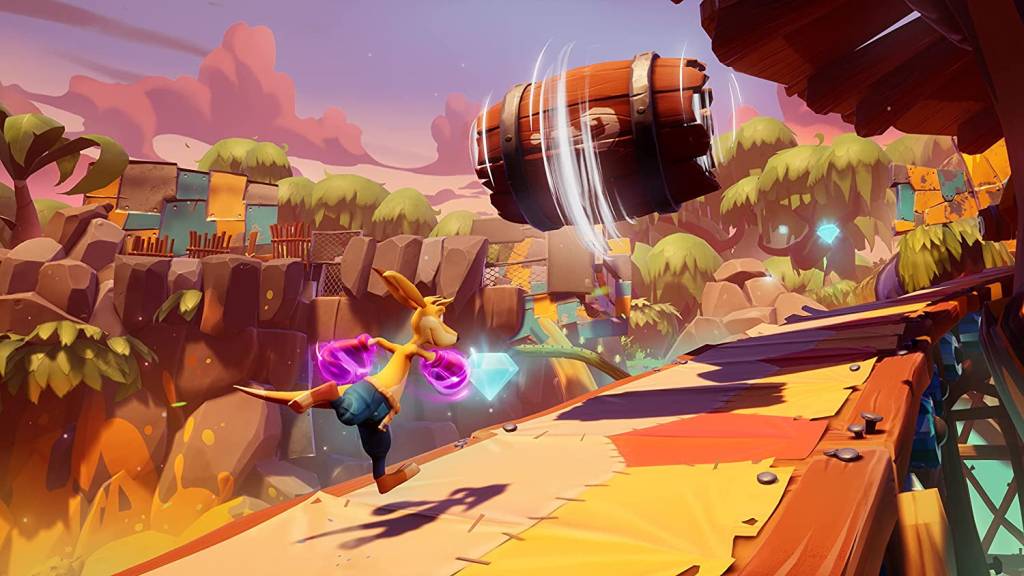 20 years after its original release on Sega Dreamcast, Kao the Kangaroo is making its comeback to modern platforms. Kao (pronounced K-O, as in Knock Out) will hit PS5 and PS4 on the 27th of May.

The game will see Kao set out to find his missing sister and find out what happened to his long lost father. Kao the Kangaroo is a colourful platformer that will feature beautiful and diverse worlds with hidden secrets and engaging and fun gameplay for all ages.

In the game, Kao sports his magical boxing gloves and travels the world, confronting famous fighting masters who are under the control of a disturbing, dark power.

Kao the Kangaroo looks like it will be a brilliant platformer, with its colourful and vibrant world and 4D platforming mechanics. Kao’s magic boxing gloves will be the source of his powers as he punches his way through enemies, jabs his way past obstacles and uppercuts his path to glory.

Kao the Kangaroo is developed by Tate Multimedia and will release both physically and digitally for PS4, and PS5 on May 27th.