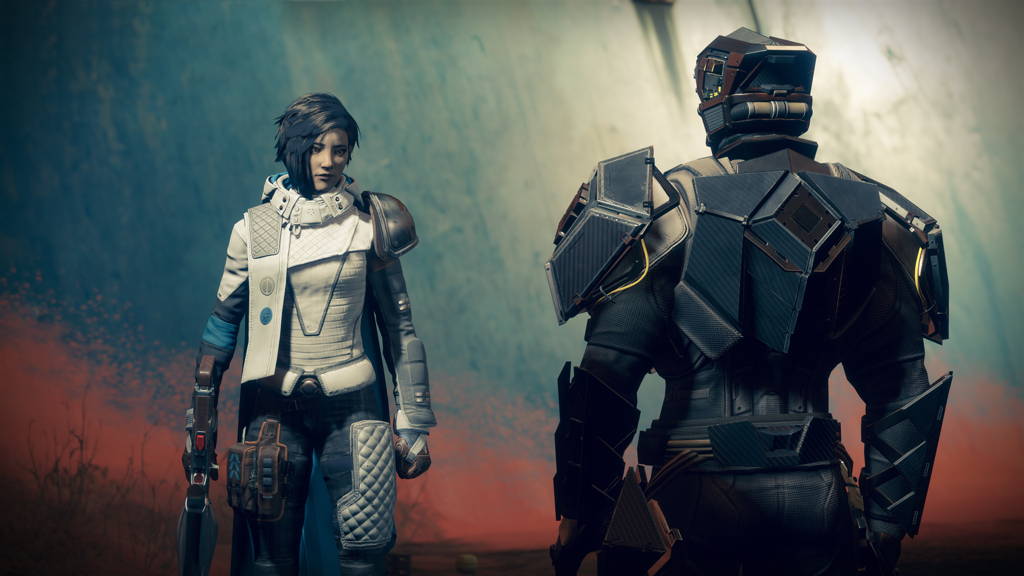 Warmind, the second expansion to Destiny 2. It’s not too bad but it’s not too great either. Saying that though it does, in places, feel a bit more like how Destiny should feel, a bit more like Destiny 1. So that’s a plus at least.

After December’s disastrous first expansion Curse of Osiris, Bungie really had to up their game on Warmind, only thing is it was Vicarious Visions, who, as far as I can tell pretty much did all of Warmind.

Even though Warmind was likely partly if not completely developed just before or shortly after Destiny 2’s September 2017 launch, it definitely feels like additional work was done to make it better than Curse of Osiris.

Warmind primarily takes place on Mars in Hellas Basin near the polar ice caps. We’re quickly introduced to Ana Bray, a long-lost guardian, who, if you’re familiar with Destiny lore was apparently thought to be dead in the Destiny 1 universe.

Turns out she’s alive and kicking and has been on Mars the whole time. There’s some mention of the Hive and a weapon and Rasputin, the Warmind makes an appearance in this expansion.

As far as a Destiny story goes I suppose it’s not too bad, we do get to kill a Hive Worm God called Xol and there’s some other Hive boss called Nokris but there’s never really any explanation about who these enemies are, there’s no real set up.

As is the usual with Destiny, the end boss (Xol) is a massive, oversized enemy, this time in the shape of a Worm, I really wish we could fight a boss that wasn’t an oversized version of something else in the game, granted there is no worms in teh game unless you count those things on the dreadnaught.

The story never drew me in, it never made me feel any emotion, I literally just wanted to run through it as quick as possible so I could get on to other activities and start levelling up more. 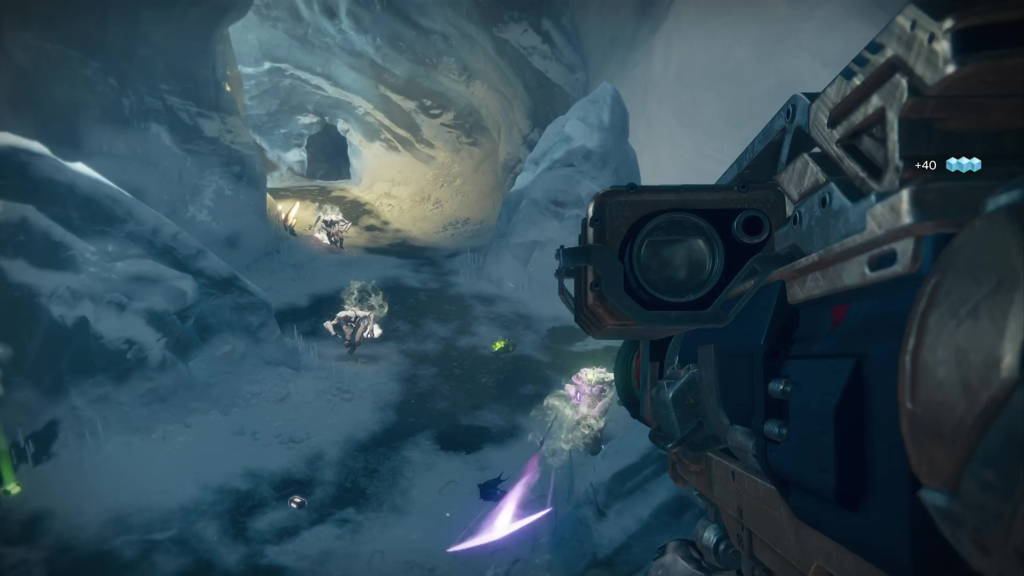 One thing that Warmind does do very well, is make the gameplay feel a bit more like Destiny 1. Early on in the campaign you’re faced with a ton of Hive and a huge Ogre. That gun fight and a couple after that later on in the campaign really did feel alot more like how Destiny used to feel and should feel.

Destiny and Destiny 2 has always had fantastic gunplay, but Vicarious Visions have captured a little bit of that Destiny 1 magic. Maybe it was just the Mars setting that made me feel a little nostalgic.

Apart from the 2 hour or so story campaign, theres four new adventures and a couple of new strikes (which are essentially just the story missions), theres also a PlayStation exclusive strike which seems to have riled up the community once again. 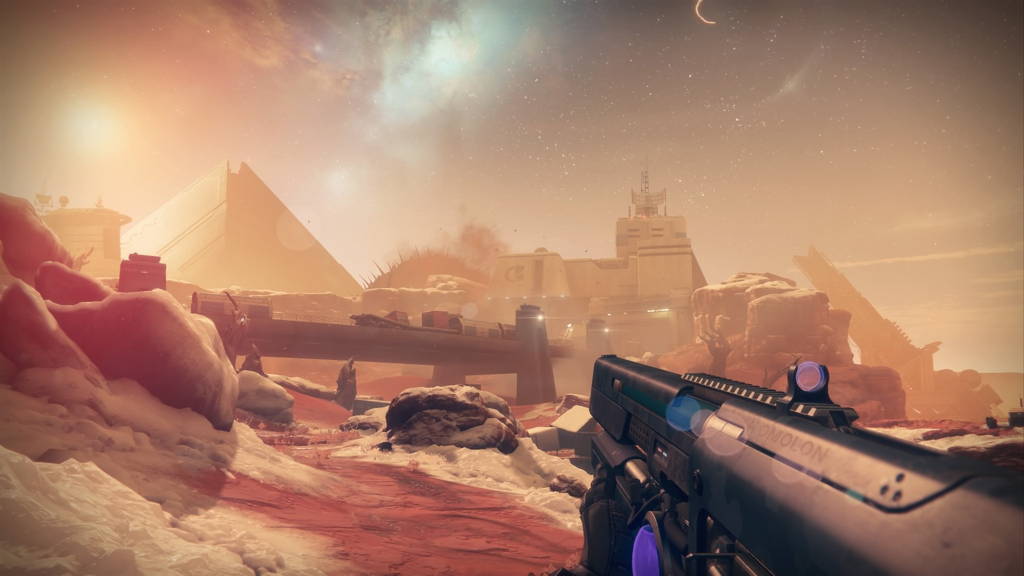 The new Mars area is very well designed and does bring a touch of nostalgia for the original Mars planet in Destiny 1. The area is not particularly large, maybe a bit bigger than Titan. There is however two new lost sectors and Warmind sees the return of the Defend the Warsat public events.

Theres also a new end game level public event called Escalation Protocol which looks like it will be really fun but I’m not high enough pwer level yet to give it a real attempt so it may be a while before I get the full experiance.

On the subject of power levels, levelling in Warmind is a bit of a chore now. Theres a soft cap of 345 and after that it’s a long and ardous grind to max power level. There have been some complaints from the community about the power grind, particualrly heroic strikes not giving good enough rewards. Bungie aims to have something inplace in a couple fo weeks to ease the power level grind though. 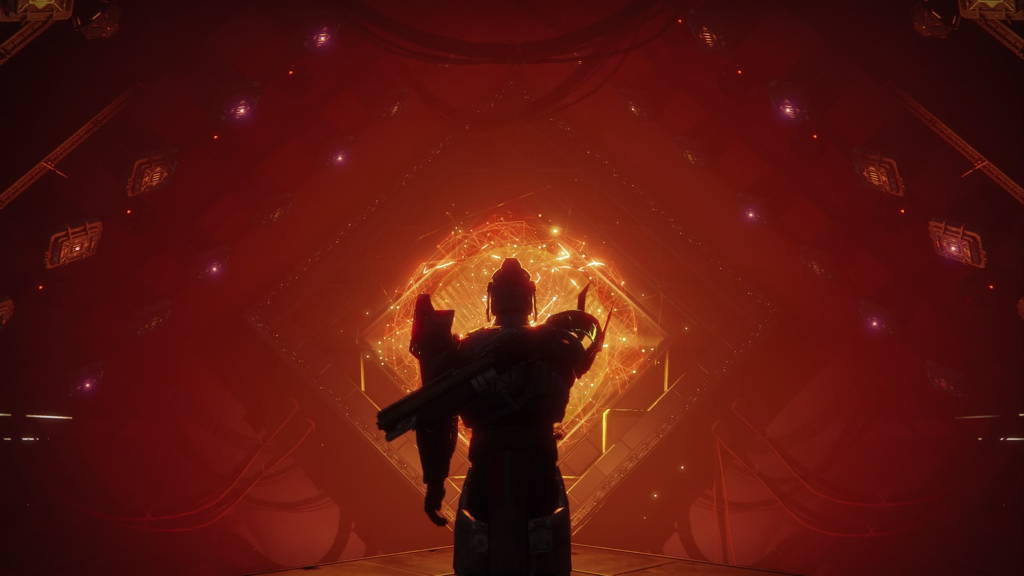 Warmind also brings back to Destiny some collectibles. Destiny 2 was sorely missing collectible items to hunt down and grind for, Warmind alleviates this by adding in data fragments that you can shoot to collect which apparently has a decent reward.

Overall Warmind isn’t a terrible expansion, Vicarious Visions have done a pretty decent job at making Destiny 2 not so quite as boring. It hasn’t inspired me to jump on every day and put in 2500+ hours in Destiny 2 like I did with Destiny 1 but it has given me some renewed vigour to at least play it a bit more regularly.

Theres still some flwas and some issues that need to be fixed with Destiny 2. Unfortunately we won’t see the bulk of these improvements until September, where no doubt they will be billed along with the fall expansion to entice people in to buying that.

The positive thing about Warmind, and the recent updates Bungie has done to the game is that Destiny 2 is slowly but surely improving but will it ever improve beyond the level Destiny 1 was at the end of it’s life. Surely that what a sequel should do.