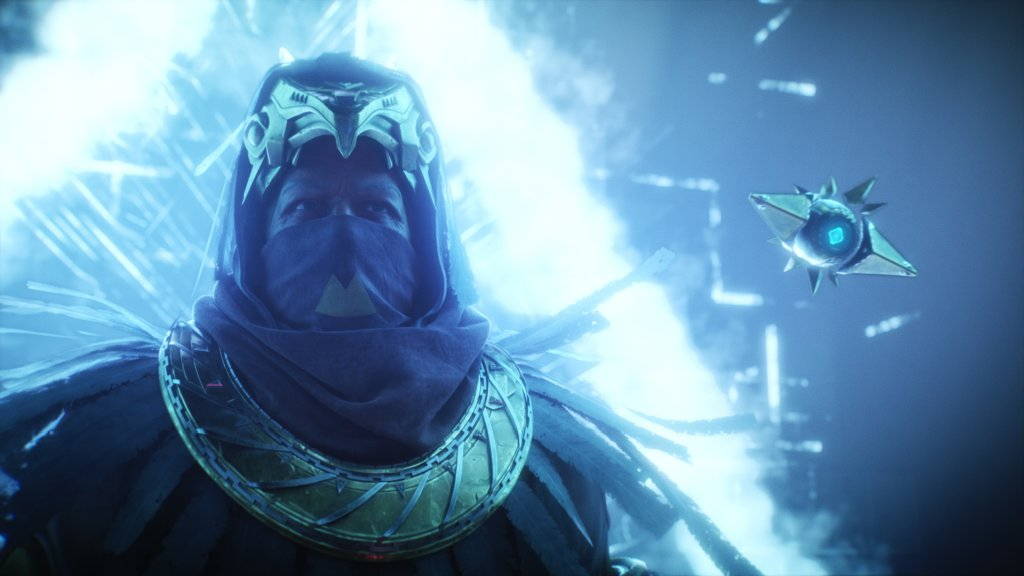 Curse of Osiris, the first DLC for Destiny 2 seemed to launch with a whimper rather than a bang. With Bungie facing a community backlash over various reasons leading up to the launch of the first expansion it seems that the Curse of Osiris was perhaps, cursed.

Destiny 2’s first expansion launched last Tuesday, December 5th with the hype train going at a crawl, many Destiny fans really weren’t expecting much from Curse of Osiris, certainly not the massive content boost the game desperately needs right now (as well as other incentives to keep playing) and not much we did get.

Curse of Osiris is a rather short DLC with the entire campaign only taking about 3 hours tops to finish. Of course there where Adventures and a Heroic Adventure and surprisingly these where actually really fun, I particularly enjoyed The Runner, where you have to chase down and kill a Cabal boss.

The main story campaign revolves around Osiris, a fabled guardian who was exiled from the Last City for his wild ideas and being a bit of a rebel apparently. The story in the campaign was sadly pretty bad, we’re talking vanilla Destiny bad here and I found myself completely uninterested in the story and just focusing on blasting through the missions to get my power level up.

The main campaign missions and subsequent adventures take you in to the Infinite Forrest, a vex simulation. Sadly though the Infinite Forrest did not feel infinite, each area I opened up felt small, there really wasn’t much to explore in the infinite forest, it was pretty much shoot some enemies, open the door to the next bit, repeat, shoot some yellow bar bosses to unlock the door then open the door and so on.

What it lacked in size and interesting things to see or explore, the infinite forest and the entire Curse of Osiris DLC did look amazing graphically. You are taken to a simulation of a past Mercury at some points, with trees and fields and grass a place that would look at home in No Man’s Sky.

The Infinite Forrest really did look absolutely gorgeous but it seemed that Bungie concentrated too much on making everything look really good instead of concentrating on the story and interesting missions designs.

There was a few outstanding moments in the Curse of Osiris though, it wasn’t all bad, I actually did enjoy some of it. I really enjoyed the Tree of Probabilities mission, particularly the part where the Cabal boss Valus Thuun lands on top of the Vex boss and completely squashed it, I though that was rather awesome.

The final boss of the Curse of Osiris DLC, Panoptes, a huge Vex..thing, was interesting mechanically but much like the rest of the campaign was just too easy, particularly if you more than you in your fireteam.

There where also three new Adventures that I though where pretty fun, The Up and Up, The Runner and Bug in The System. Once these three adventures were completed it unlocked a Heroic version you could choose. The heroic versions of the adventures where really, really difficult, I’m pretty certain you weren’t supposed to tackle them solo, although it possible to finish them solo.

Other than the handful of repetitive story missions and the surprisingly fun adventures the Curse of Osiris did add a new patrol area on Mercury. The new patrol area is pretty, pretty small though and you can’t sue your sparrow in it. There was also a new public event, which Bungie billed as the biggest public event yet.

The public event wasn’t too bad I suppose, certainly a bit different from the stand in one place and shoot things public events but after a few completions it did grow a bit old and the rewards were not great (#twotokensandablue)

The Curse of Osiris also added three new crucible maps, one of which is a PS4 exclusive but no changes were made to the horrible team shooting meta of PvP so sadly I wasn’t particularly excited to set foot in the crucible.

There is also the new Raid Lair called Eater of Worlds, I’ve not actually attempted this yet but hopefully I’ll get a team together this weekend. From what I’ve heard the new raid lair is a bit shorter than Crota’s End but is immensely fun but the endgame still lacks meaningful rewards.

Overall I found some parts of Curse of Osiris fun and enjoyable, the story wasn’t great and I feel Bungie really should have dived in to the Osiris and Vex lore a lot more.  The story missions and general gameplay of the missions was fun in places but after my second and third play through on my other characters the whole thing just got really monotonous and playing through the campaign felt like a chore.

Value for money wise, If you really like Destiny 2 and are screaming out for more content then I would say yeah, Curse of Osiris is worth the money, even though it is short and offers little quality of life changes, it does offer some new gear to earn and some new stuff to do and there is the grind up to the new max power level of 335.

If you’re more of a casual Destiny 2 player and played through the Destiny 2 campaign and pretty much left it at that then Curse of Osiris probably isn’t going to be worth the purchase.

Ultimately Curse of Osiris is certainly not the best Destiny DLC to date and has done nothing to change a lot of people’s negative opinions of the game. There is an update coming tomorrow (December 12th) which will bring a lot of changes and updates, whether they will be enough to make people fall in love with Destiny 2 again remains to be seen.