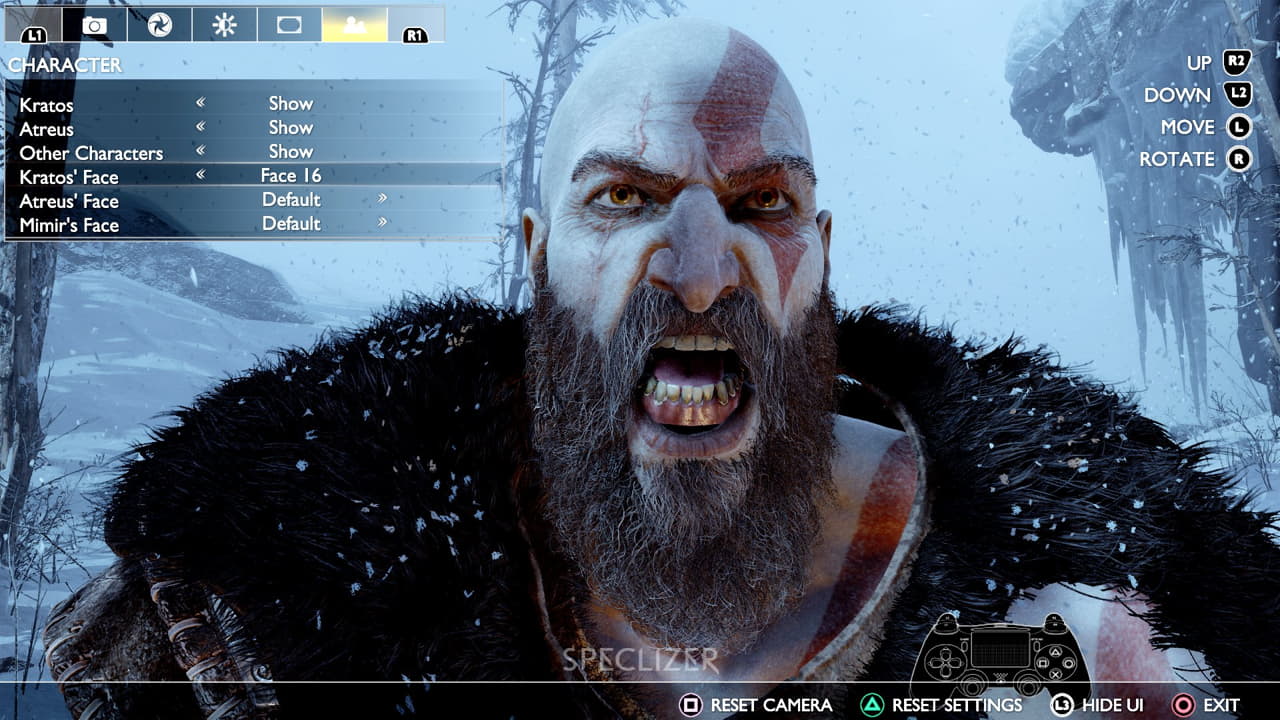 Like a lot of other virtual photography fans, I was a bit bummed when Santa Monica Studio announced that God of War Ragnarok’s photo mode would be coming after launch. I am about 11 hours in to the game and I can categorically state that this beauty of a game is far too gorgeous to not have a photo mode.

Thankfully, Santa Monica Studios do have a photo mode planned and it should be patched in hopefully sooner rather than later. In the meantime, a Twitter user and modder by the name of Speclizer has managed to unlock and gain access to an unfinished version of God of War Ragnaroks photo mode..

This means that some kind of photo mode, albeit an unfinished version, is already in the game files. Speclizer didn;t elaborate on exactly how they managed to get access to the unfinished photo mode but it was probably with a Jailbroken PS5.

Santa Monica Studios have yet to say when the finished photo mode will be patched into the game. Hopefully, it’s not too far off.

God of War Ragnarok was released on November 9th for PS5 and PS4 and has garnered critical and fan acclaim.