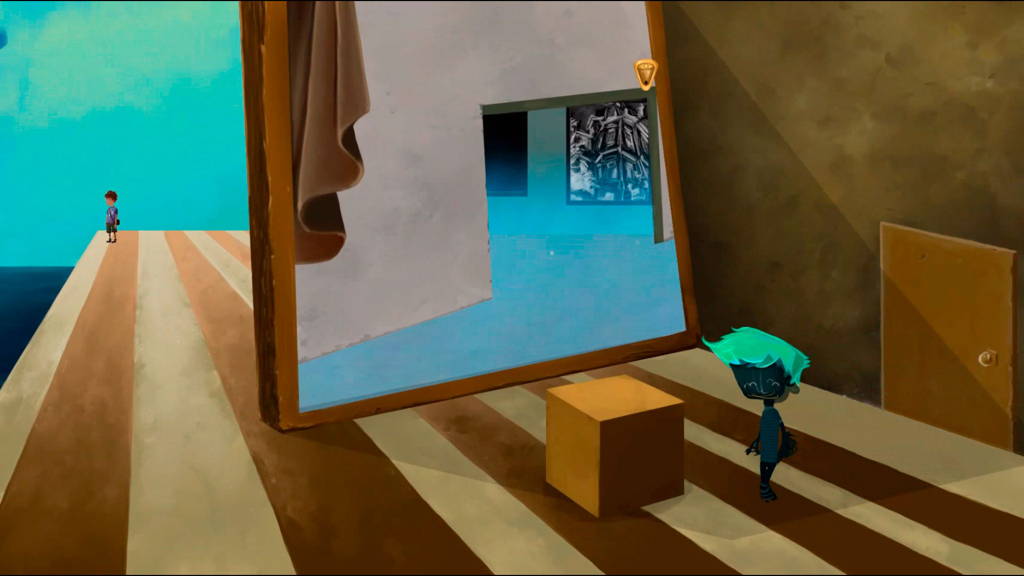 Nubla & The World of Nubla are very difficult to describe, essentially they are a puzzle game of sorts where you traverse various levels solving minor puzzles to progress.

Nubla & The World of Nubla were developed as some sort of educational project from what I can gather, in conjuction with the Thyssen Museum, a Spanish museum I think.

Essentially, you start by picking a male or female character, who is in a museum and then you meet some other characters, one of whom you follow in to some painting. It is in these worlds depicted by the painting that the game takes place. 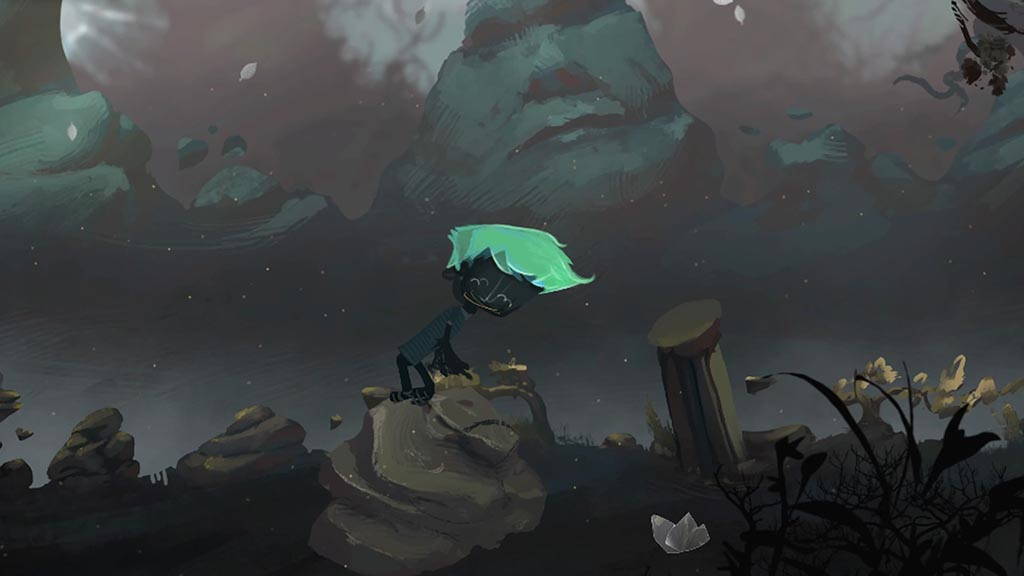 You don’t actually play the main parts of the game as your chosen character though, you play the main levels as a little green-haired kid who you followed in to one of the paintings.

The main levels consist of solving some basic puzzles like repeating a sequence or matching up a muddled up design to match the original design. The puzzles aren’t particularly taxing but are just about challenging enough to not be a complete breeze.

That being said, Nubla & The World of Nubla are probably the quickest platinum trophies you’ll earn, there as quick as My Name is Mayo at around 30 minutes for the platinum if you are following a guide.

The platinum trophy requires you to collect various items in the game, they are not too difficult to acquire and even quicker when using the aforementioned guide.

Once you’ve completed a level, you end up back in the art gallery where again you need to follow the little green haried kid into another painting, this then takes you in to another world or level, where more puzzles and collectibles await.

There are a few levels but the game isn’t that long at all, even without using a guide you could finish one of them in 1 – 2 hours.

There’s not much of a story to Nubla/The World of Nubla, it is supposed to be educational. I think the whole point of the game is learning more about the paintings that are in the gallery.

As I mentioned earlier, even though they are separate games, the levels and everything is the exact same, so you should be able to unlock both platinums in around an hour.

Overall, Nubla & The World of Nubla weren’t actually too bad. I got them for the cheap and quick platinum trophies but they where enjoyable games nonetheless. Well, they should be enjoyable seeing that they are both the exact same, if ones enjoyable the other has to be.

If you’re looking for two quick, easy and cheap platinum trophies that aren’t terrible then definitely give Nubla/The World of Nubla a try.

The World of Nubla - The PSF Verdict

If you're looking for two quick, easy and cheap platinum trophies that aren't terrible then definitely give Nubla/The World of Nubla a try.