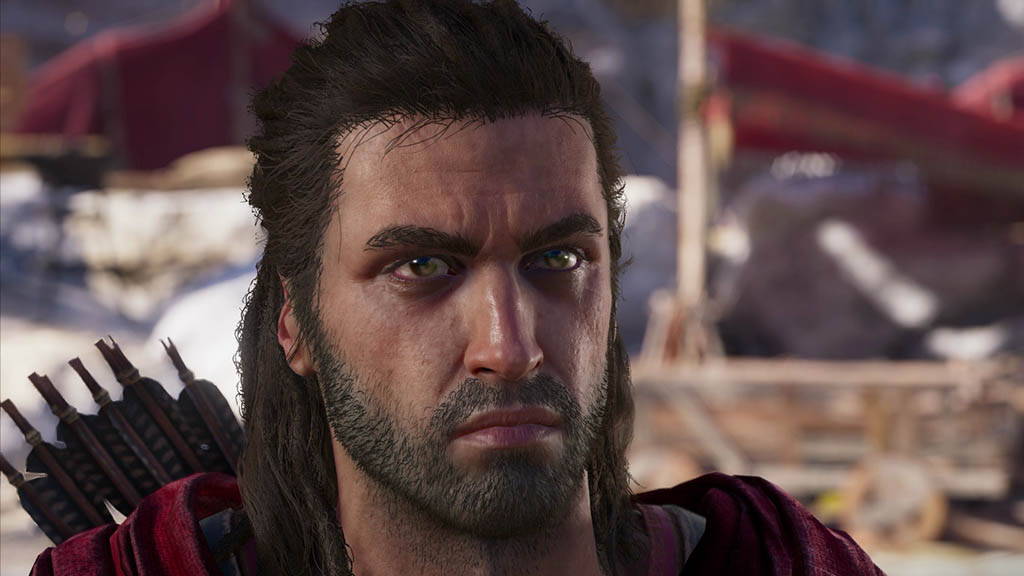 Gaming news site Gematsu has managed to get hold of some very nice Assassin’s Creed Odyssey screenshots ahead of the E3 2018 world premier tomorrow. There was a leak of the game’s description earlier this weekend.

The screenshots are all 1920 x 1080 so it looks like they will be released to the various press sites at some point. 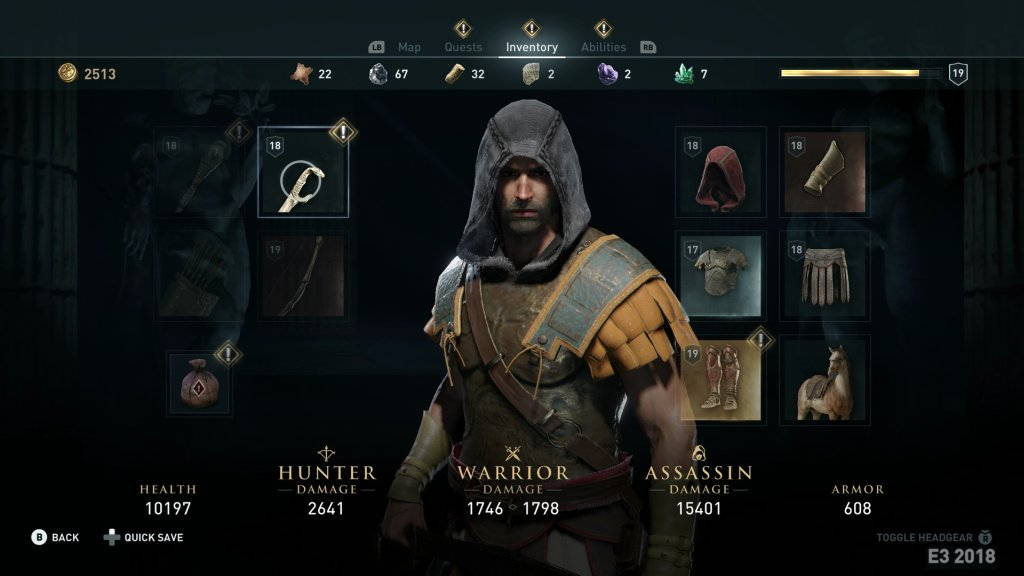 There is quite a few images, each showing different aspects of the game. The image above shows the inventory screen, there is also an image which shows the ability screen and details one of the abilities.

The image above shows part of the Assassin’s Creed Odyssey world map and it looks like there will be a lot of places to visit and explore. There is also a region called Lakonia (Laconia) which pretty much confirms the Ancient Greece setting.

There is also a couple of screenshots which show aerial views and a bird flying overhead so it looks like Senu or some differently named eagle eyed bird companion will be appearing in Assassin’s Creed Odyssey. 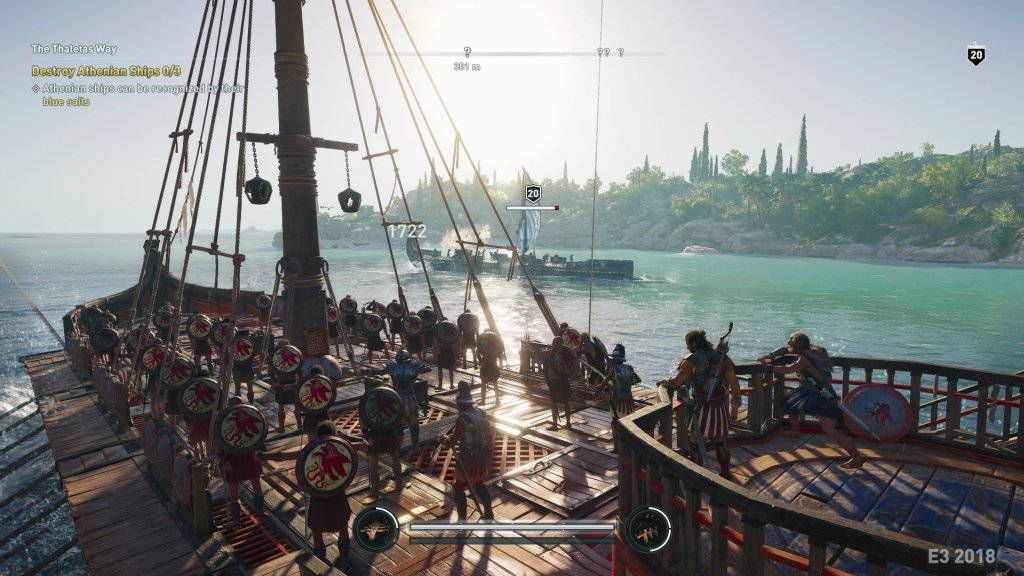 There is also a couple of screenshots which show ships on the water, so it looks like some form of naval combat will also be making a return.

In the screenshot above, which looks like it is from a story cut scene, we can see the male character on the left, who is probably the main protagonist as he appears in several other screenshots and looks like he is player controlled. We also see a female character called Kyra who mentions something about Delian families. This is possibly referring to the Island of Delos, an important mythological and historical site in Greece.

From what we can see in the screenshots the user interface and icons used look very similar to Assassin’s Creed Origins, so the game should be very familiar to anyone who has played Origins.

The graphics and design of the world look just as amazing as Origins, and it appears that the combat will be fairly similar, which is a good thing.

I am getting more and more excited now for Assassin’s Creed Odyssey, we should find out more tomorrow (June 11th) when Ubisoft officially unveils the game atheirer E3 2018 press conferance.

You can view more of the screenshots below or on the Gematsu website.